A rendering of Harris Auto Group's upcoming Victoria Chrysler Dodge Jeep Ram dealership on Veterans Memorial Parkway at Meaford Avenue in Langford and Colwood. At 36,000 square feet, the operation will be one of if not the largest vehicle showrooms on Vancouver Island. Harris is moving to the West Shore to make way for a mixed-use development at its downtown Victoria property on Yates Street at Cook Street.  IWCD/Starlight Developments

commercial, Downtown Victoria, West Shore
Downtown Victoria's Harris auto dealership starts construction on new digs next to Lowe's on the West Shore
MIKE KOZAKOWSKI, CITIFIED.CA
Updated on April 28, 2021
A vacant property on the West Shore will become a landmark automotive dealership as Harris Auto Group works to relocate its downtown Victoria dealership.
Harris Victoria Chrysler Dodge Jeep Ram, currently situated between Yates and View streets at Cook Street, has begun construction under partnership with Starlight Developments and Island West Coast Developments (IWCD) on a 36,000 square foot dealership on Veterans Memorial Parkway at Meaford Avenue near Langford’s Lowe’s home improvement store.
The project, according to IWCD, could deliver the largest automotive dealership on Vancouver Island and will feature Canada’s first example of Jeep’s newly released dealership branding and showroom designs.
With construction now underway, Harris’ transition from its Yates Street lot is expected to occur in 2022. Its downtown holding is part of a master-planned mixed-use rental residential and commercial project from Starlight Developments that, if approved, will add between 1,500 and 2,000 residences to downtown Victoria throughout multiple highrise towers on the Harris property and at Harris Green Village one block west on Yates Street where London Drugs and the Market on Yates are currently situated.
Starlight’s plans are making their way through the municipal planning process.
Meanwhile, a block north of the Yates Street Harris dealership Pacific Mazda will eventually transition from its Yates and Cook streets location following a successful rezoning effort for a multi-phased residential and commercial project on the existing dealership's lands, the first phase of which is currently under construction.
Pacific Mazda was acquired by the Carson Automotive Group in 2020 with plans to move the operation to a new site. Carson currently operates dealerships that include Glenoak Ford on Douglas Street near Hillside Avenue and Suburban Motors on Douglas Street near Saanich Road. C
This article was updated to remove a reference regarding Pacific Mazda's plans to situate a dealership on the West Shore.
Receive Citified's timely real-estate news straight to your inbox. Sign up for our newsletter, and connect with us on Facebook: 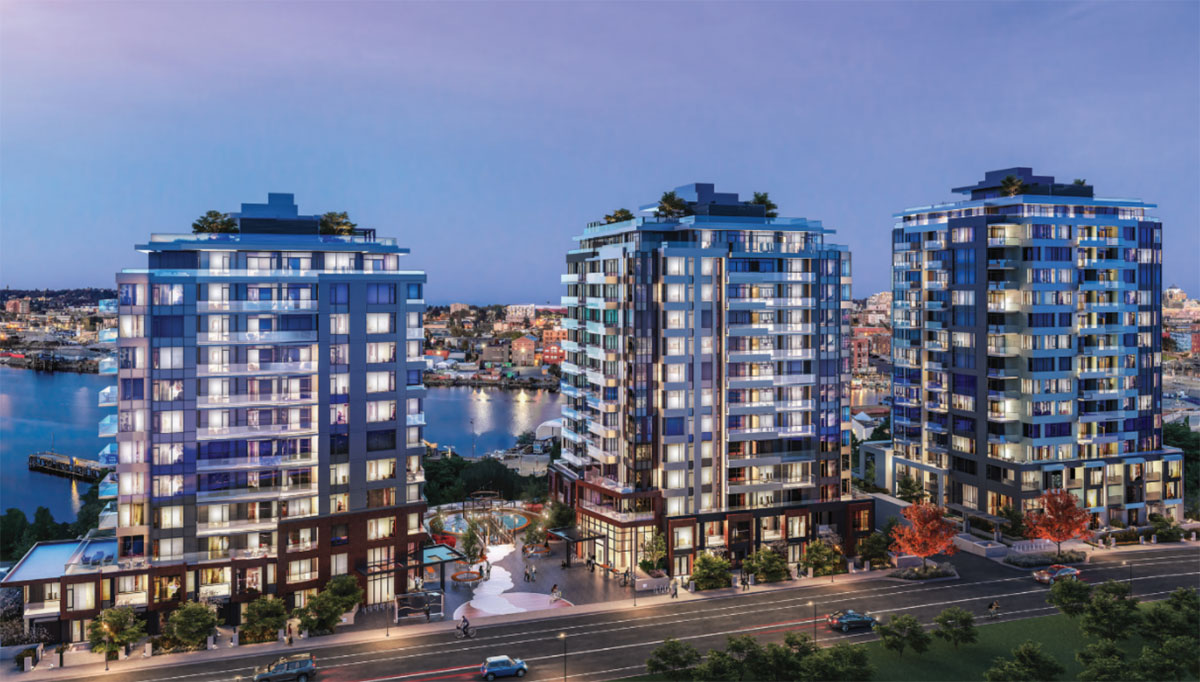