The 106-unit Hudson Walk Two purpose-built rental tower, recently completed along the 700-block of Caledonia Avenue, is welcoming its first residents this month. The building's opening coincides with the addition of a children's play park and a dog run (accessible to the public) at downtown Victoria's Hudson District.  Citified.ca

commercial, rentals, Downtown Victoria
Downtown rental tower with public play park and dog run welcomes residents
MIKE KOZAKOWSKI, CITIFIED.CA
Residents have begun moving in to a 106-unit, 15-storey purpose-built rental tower in the 700-block of Caledonia Avenue in downtown Victoria.
Hudson Walk Two, the second and final phase of the Hudson District’s Hudson Walk component, is the fourth building to be completed at the District and brings a publicly accessible children’s play park and dog run to the north end of the city centre.
The tower follows in the footsteps of Hudson Walk One, its 15-storey, 178-unit counterpart completed last summer. The two buildings push the Hudson District’s total rental unit inventory to 404.
A brewpub at the base of Hudson Walk Two, located kitty-corner from the Save-On-Foods Memorial Centre, is expected to open by late 2017.
The District’s remaining phases will see the development of two condominium towers, one of which will rise as high as 29-storeys and claim the title of not only Victoria’s tallest building, but that of Vancouver Island's. Hudson District developer Townline is currently in the final municipal approvals stage and expects to receive a development permit by late summer or early fall. Meanwhile, excavation for the upcoming tower is already underway along the 700-block of Herald Street.
Downtown Victoria’s purpose-built rental housing inventory has skyrocketed in recent years with the completion of several towers and low-rise complexes. 421-units of rental apartments are currently under construction in the downtown core, with approximately 1,000-units completed since 2014. Throughout the Capital Region some 2,400-units of rental housing are underway with a further 3,000 in planning, according to Citified's data. C 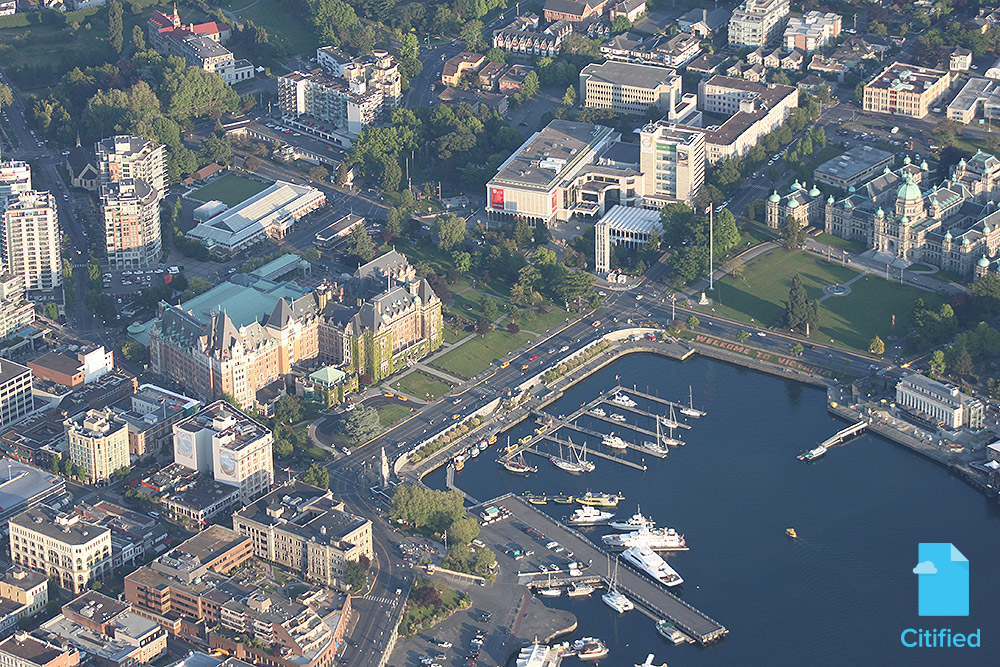