An artist's rendering of one of six bids submitted to the City of Victoria as part of a design and concept competition for the high-profile Apex Site on Douglas Street (at Humboldt Street and Fairfield Road next to Crystal Gardens). Although the depicted design was not selected as the winner, the City of Victoria has reportedly settled on one entry.  Tenfold Projects/Cascadia Architects

civic, commercial, condos, offices, Downtown Victoria
Design comp for property next to Crystal Gardens draws six entrants; City mum on alleged winner
MIKE KOZAKOWSKI, CITIFIED.CA
The City of Victoria has reportedly chosen a winning bid for the redevelopment of a City-owned parcel of land known as the Apex Site, according to sources familiar with the bidding process.
A triangular lot at the nexus of Douglas Street, Humboldt Street and Fairfield Road behind the Victoria Conference Centre, the Apex Site was recently the focus of a Request for Expressions of Interest (RFEI) to seek architectural and usage concepts from real-estate developers.
The City’s RFEI process was intended to yield several finalists that would subsequently be invited to submit formal Requests of Proposals or, under the City’s discretion, a single proponent could be selected as “preferable based on the City’s Evaluation Criteria.”
And it was the latter option, according to sources, that City Hall decided to pursue following the receipt of six bids.
Although the chosen design and development concept remain closely guarded, one of the six bids has been revealed (as depicted above) and gives Victorians a clue as to what may materialize at the high-profile property.
 READ MORE: TELUS looks to downtown Victoria for new office complex
 READ MORE: Downtown finance HQ to create hundreds of new jobs, woo professionals to Victoria
The entry – proposed by Tenfold Projects (developer of Harris Green’s The Wade condominium complex and Esquimalt’s recently announced Westbay Quay condominium community) and envisioned by Cascadia Architects – depicts a 14-storey mixed-use tower that draws design cues from New York City’s Flatiron Building to maximize the site’s triangular footprint while incorporating a landscaped common area atop the roof. Another prominent feature is a pedestrian walkway across Douglas Street connecting with the Victoria Conference Centre.
Described by the architects as a vision “incorporating steel, wood and glass in contemporary lines that evoke the natural forms of towering forests in combination with the historic human scale urban fabric of the west coast,” Tenfold's proposal sought to create a landmark presence for one of the downtown core’s premiere undeveloped parcels.
While the City may be mum on the winning bid and its design attributes, Victoria’s development rumour mill has entertained the idea that the winning proposal is that of Telus Corporation, which, as reported by Citified in April, has been actively searching for a downtown Victoria development site or a partnership opportunity to occupy a newly-built south Island headquarters.
Telus’ requirements, according to firms that were approached by the organization, were to situate its new offices in an avant-garde building or commercial podium that would be recognized as a Victoria landmark and be visible from arriving float planes.
The Apex Site, if indeed now in the hands of Telus, would certainly fit that bill. C 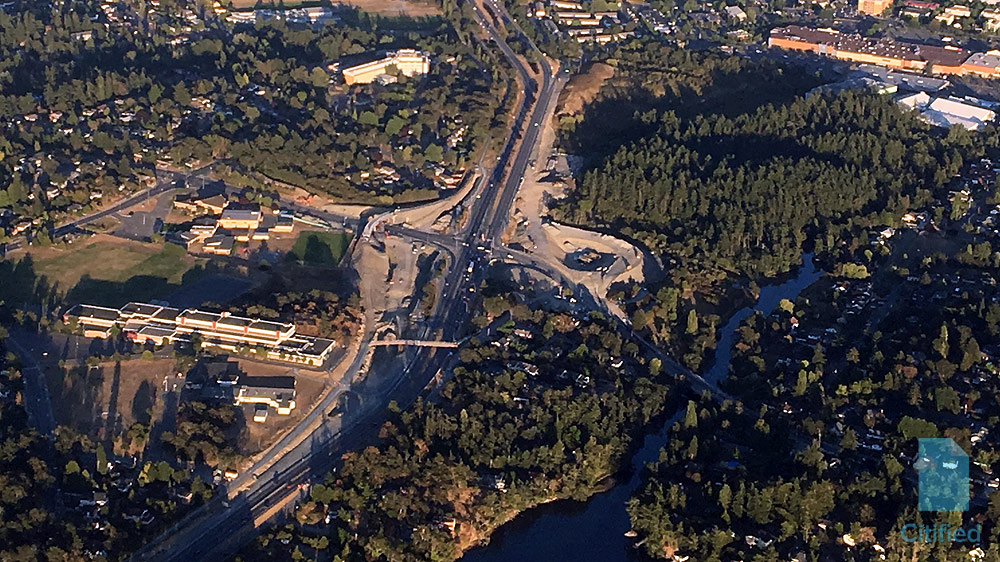