A rendering depicting Corvette Landing, situated at 669 Constance Avenue and overlooking the intersection of Admirals Road and Naden Way in Esquimalt. The 12-storey highrise hit the market last spring as a condominium offering but will be proceeding as a rental tower.  Standing Stone Developments

condos, rentals, Urban core
Esquimalt condo dev in active pre-sales switches gears to become rental complex
MIKE KOZAKOWSKI, CITIFIED.CA
A 12-storey condominium tower planned for Admirals Road at Naden Way in Esquimalt has shifted gears and will now proceed as a rental project.
The sales staff of Corvette Landing, which secured municipal approvals in mid-2018 as an 83-unit strata-titled condo, have begun advising pre-sale purchasers that their deposits will be returned as developer Standing Stone Developments pursues an all-rental future for the mass timber-designed highrise.
Citified's request for information from a project representative was not returned in time for publication.
However, a purchaser has confirmed to Citified that the project team will be refunding deposits along with the issuance of a new disclosure statement describing the changes.
Pre-sales of Corvette Landing’s studio, one, two and three-bedroom residences began in spring of this year. The number of deposits has not been disclosed.
According to Citified’s data, a transition from an active pre-sales campaign for a condominium project into a purpose-built rental building has not occurred in recent years on the south Island although several buildings have proceeded with split rental and ownership components, namely seniors residences.
At the time of Corvette Landing’s approvals the building had been touted as the tallest mass timber-designed highrise that would be built in Greater Victoria. Since then several mass timber-designed highrise proposals have also received the green light to proceed, including the 14-storey Tresuh condominium planned for Speed Avenue in Victoria, and the 12-storey Tallwood rental towers coming to Peatt Road in Langford. C
Receive Citified's timely real-estate news straight to your inbox. Sign up for our newsletter.

Christmas miracle at McKenzie Interchange: TCH could be free-flowing in about a week, says Ministry 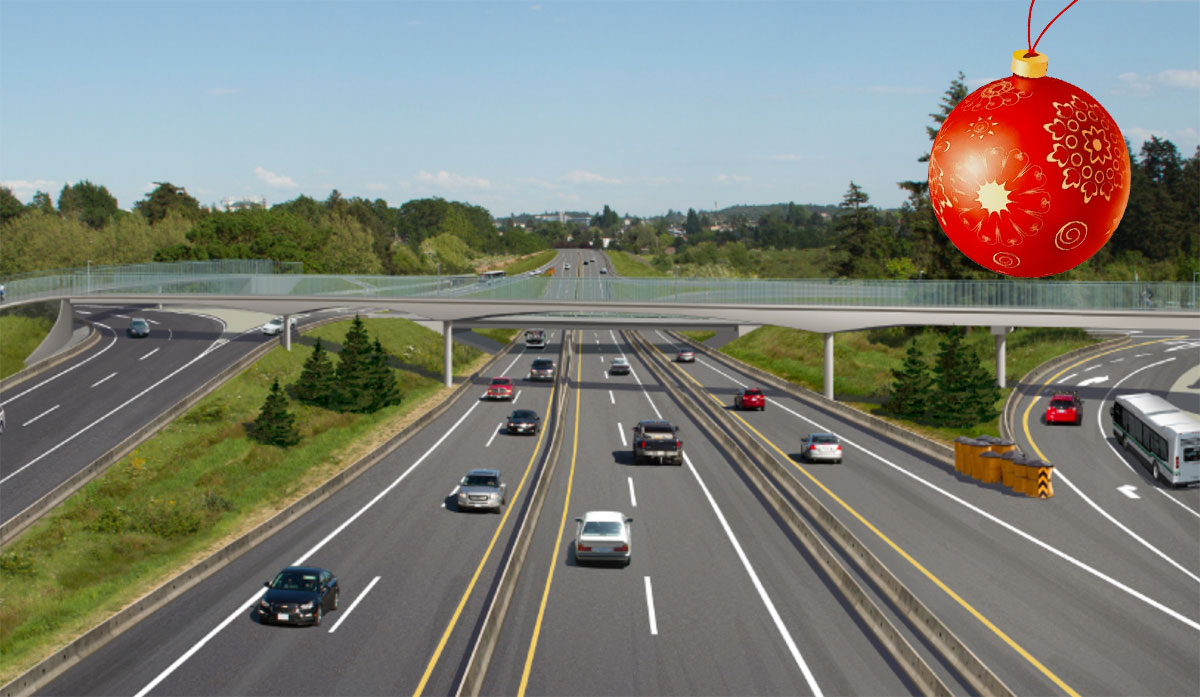