Spearheaded by BC Housing, the nine-acre Nigel Valley social services and housing development will expand the housing opportunities and social service programming spaces of five organizations. The vision for the site includes multiple residential buildings, one of which could rise to 16-storey.  BC Housing

rentals, Urban core
Construction of Saanich's Nigel Valley social housing community to start next year
CITIFIED.CA STAFF
A nine-acre master planned social services and rental housing project making its way through Saanich’s municipal approvals process is expected to get underway next year, Citified has learned.
Bordered by Vernon Avenue to the south, Lochside Regional Trail to the west and Darwin Avenue to the north, the Nigel Valley Development is a joint effort between BC Housing, Broadmead Care, Island Community Mental Health, the Garth Homer Society and the Greater Victoria Housing Society to redevelop 12 land parcels home to a mix of housing types and a social service programming spaces.
The partnership brings together previously independent expansion efforts under a single cohesive plan spearheaded by BC Housing.
Submitted for approvals last fall, the 15 building concept will yield approximately 500 residences and expanded programming spaces. The Valley’s current unit density is approximately 170.
The plan envisions an expansion of the Garth Homer Society’s 35,000 square foot Darwin Avenue facility into a 123,000 square foot complex with 18 residences. Island Community Mental Health, with two existing buildings in the Valley, will expand its housing capacity from 63-units to 126. The Greater Victoria Housing Society’s 18-units along Vernon Avenue will grow to over 60 apartments, while BC Housing’s current capacity of 79-units throughout multiple buildings between Darwin and Vernon avenues will increase to over 160.
Broadmead Care, which is currently involved in fundraising efforts to finance a 75-unit seniors care residence along Darwin Avenue, will increase its housing capacity from 26-units.
Although the majority of the Valley’s envisioned building heights will range between three and six-storeys, BC Housing has proposed a landmark tower along Vernon Avenue at the Lochside Regional Trail that could rise to 16-storeys. Identified as C1 in planning documents, the building will house market rental apartments (non-subsidized or affordable) on land currently occupied by townhomes. In addition to the tower, two lowrise apartments elsewhere in the Valley are also planned as market rental housing.
Council’s decision to approve BC Housing’s rezoning is expected this fall. Construction is planned to start by mid-2018 on a portion of the site, with completion of the entire project currently pegged for 2020. C 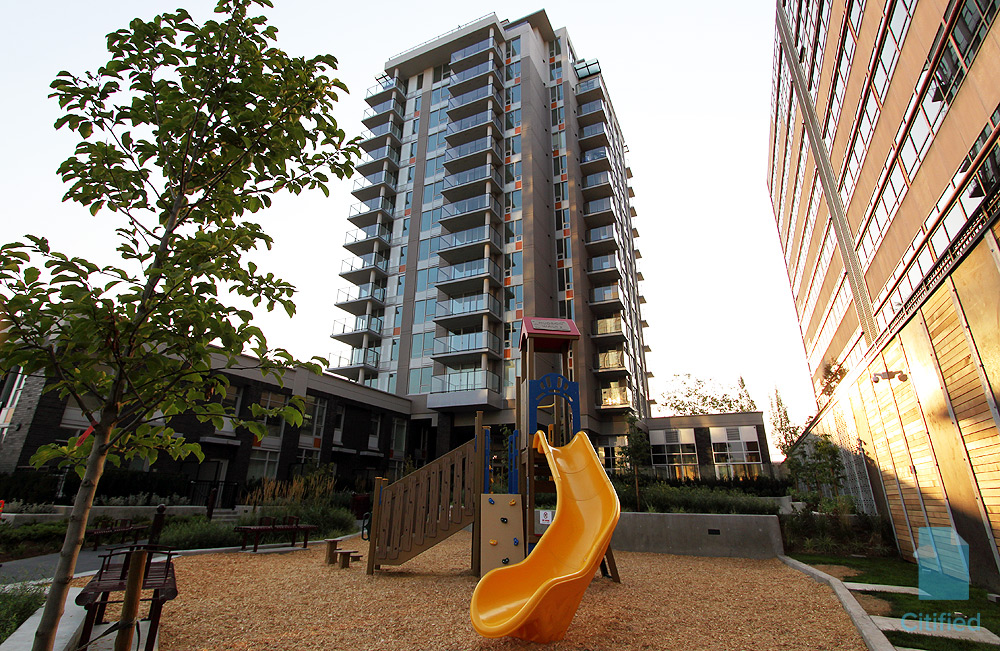 Parkview at the Gorge Waterway

Citified Victoria
@CitifiedYYJ
Feb. 14
5th Street is for sale once more. In 2012 the restaurant was sold by former Victoria councillor @ShellieGudgeon to… https://t.co/PGShXa5IkI