Victoria's vacation real-estate holdings are set to be taxed by the provincial government starting this year. The implications of the tax have left many Canadians, including British Columbians, wondering how they'll be able to afford to keep their secondary homes.  Citified.ca file photo

condos, subdivisions, townhomes, Downtown Victoria, Saanich Peninsula, Urban core, West Shore
BC speculation tax petition draws thousands of signatures as frustration mounts
CITIFIED.CA STAFF
British Columbia’s newly introduced real-estate speculation tax has generated complaints from all corners of the country, and an online petition that’s gained thousands of signatures hopes to illustrate to the provincial government just how much opposition exists to its taxation regime.
Petition website Change.org's Stop BC’s Speculation Tax registry has been signed by nearly 16,000 individuals from across Canada. The petition has a goal of 25,000 signatures.
The petition’s creator, Stop BC Speculation Tax, writes on Change.org that her family has been “caught in the tax …as a ‘Satellite Family’ except that we are a Canadian Satellite Family not what the term generally means in the BC Real Estate world,” adding that she is an “Alberta resident” who has owned a vacation home in BC “since 2006,” that her “husband was raised in Coquitlam and attended UBC,” and that she plans to retire to the Okanagan “in a few short years.”
The petition description continues: “We and many of our friends and family from BC, Alberta and Saskatchewan have visited our Okanagan home and spent many weeks and months there as residents. We spend thousands of dollars in our home community every year, at restaurants, Superstore, Save-On Foods, wineries, restaurants, Home Depot, Canadian Tire, the list goes on. We are residents, not speculators."
Just a month following the introduction of the speculation tax, the provincial government announced changes while lifting its coverage from several communities that include Parksville and Qualicum Beach on Vancouver Island and the southern Gulf Islands near Victoria. The tax remains in effect for Greater Victoria and Nanaimo.
However, at least two south Island municipalities have voiced their objection to the tax and are raising concerns over the potential for economic fall-out in its wake.
Langford mayor Stew Young who presides over the West Shore's largest municipality said he welcomes out-of-province and foreign investment in his community and depends on part time residents to help fund infrastructure projects used by full-time residents. Speaking to CFAX 1070’s Mark Brennae on April 3rd, Young lamented the measures and said he would press on for an exclusion. Meanwhile municipal leaders in the Town of Sidney on Victoria’s Saanich Peninsula has also expressed concerns and may pursue an exclusion.
How the tax works is resident vacation property owners (individuals who pay income tax in the province of British Columbia) will be charged a flat rate of 0.5% on the assessed value of their vacation or investment property in 2018 and each year thereafter, unless the property is rented a minimum of six months of the year at intervals no shorter than 30-days.
British Columbians will be eligible for a $2,000 annual income tax credit on a single vacation property, meaning the first $400,000 of assessed value of one vacation or investment property will not be taxed.
Canadian citizens and permanent residents who do not file income taxes in British Columbia and who do not rent their property for a minimum of six months will be charged a 0.5% tax on their property’s assessed value in 2018 and a 1% tax in subsequent years.
Other measures will apply to foreign real-estate owners.
The Change.org petition’s closing words are food for thought, given the unknown ramifications facing BC’s real-estate industry.
“If we sell, and we would have to, we not only have to abandon our dream vacation home but we take all of our spending with us. Who will buy our home? A BC resident? Maybe, or maybe an actual speculator.” C

British Columbia's updated real-estate taxes: What you need to know ...and forget 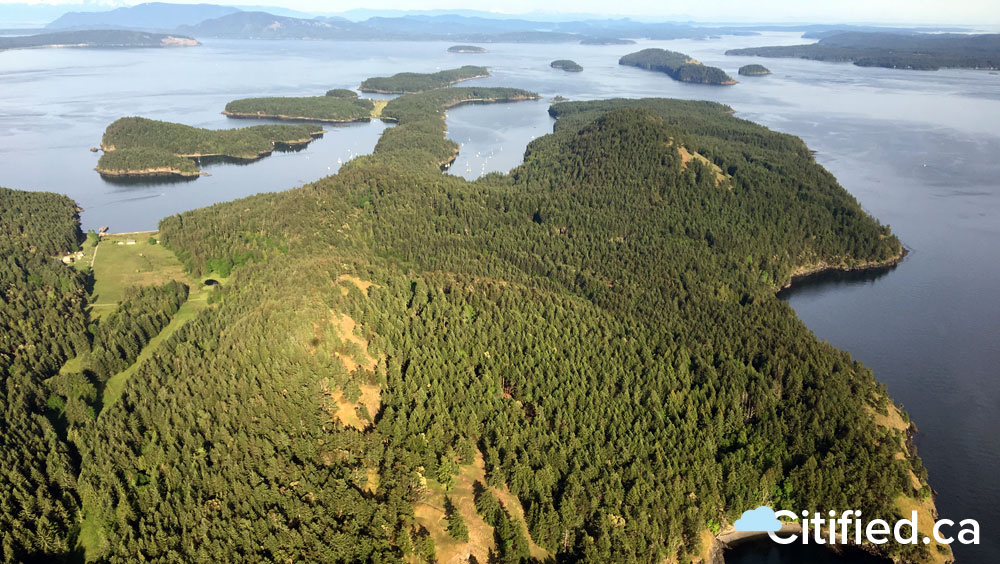