An artist's rendering of a 21-unit supportive housing development proposed by BC Housing for the 800-block of Hillside Avenue between Blanshard Street and Dowler Place. The development site is the former location of eight townhomes bulldozed in 2017 following a 2016 fire.  BC Housing

Eight residences at the Evergreen Terrace social housing community bulldozed following a 2016 fire will be replaced by 21-units of supportive housing for First Nations, Inuit and Metis women, Citified has learned.

The three-storey modular housing complex with supports for vulnerable and "precariously" housed women has been proposed for the 800-block of Hillside Avenue between Blanshard Street and Dowler Place where a strip of land has remained vacant since the mid-2017 razing of fire damaged units.

The building's suites will be in the form of one-bedroom layouts and its modular construction materials created with a system by Calgary-based Nomodic.

The project is part of a $60 million Housing First Program unveiled in February of this year by the Capital Regional District, the Island Health and BC Housing with a goal of housing vulnerable south Island youth and women experiencing homelessness and/or violence.

More information on BC Housing's proposal for Evergreen Terrace will be unveiled to the public at an open house scheduled for August 23 between 7 and 9PM at the Sandman Hotel on Douglas Street at Gorge Road East. C 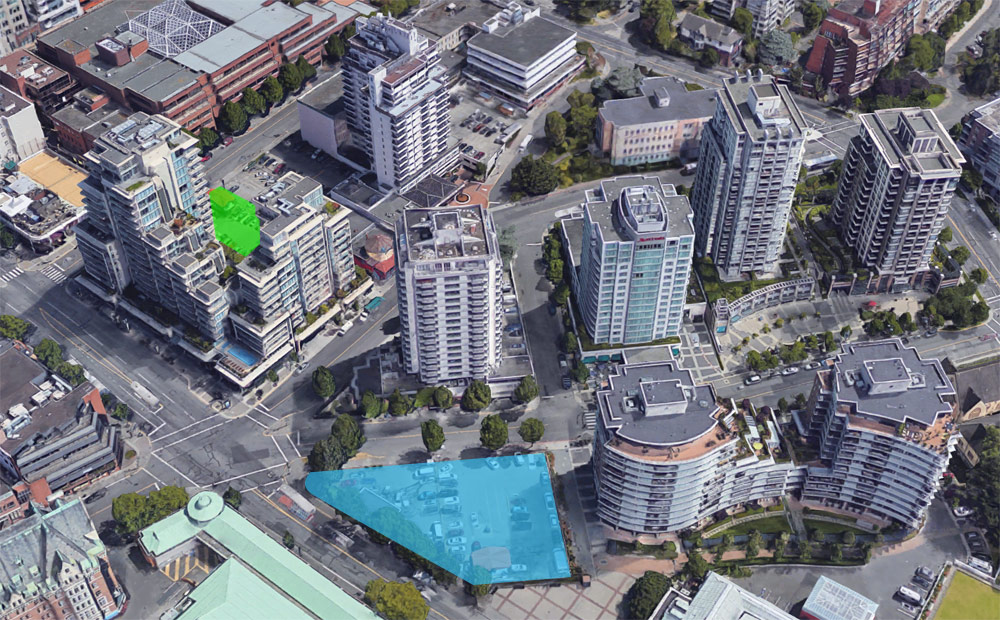