commercial, condos, offices, Saanich Peninsula
Mixed-use residential, retail and office complex pitched for Sidney's old fire hall site
CITIFIED.CA STAFF
A mixed-use condominium, retail and office development has been proposed for Sidney’s old fire hall site recently sold to offset the cost of a new Community Safety Building, Citified has learned.
The 42,400 square square foot property on Third Street at Sidney Avenue has served as the location of the town’s fire hall since the 1930’s. If newly-unveiled plans by developers Fraser McColl and Dan Robbins are approved, the land could soon be transformed into 85-units of housing, nearly 17,000 square feet of retail space and 2,500 square feet of office space.
Designed by Victoria-based Praxis Architects, the two-building project will include a mixture of one, two and three-bedroom residences with five ground floor retail spaces as part of a six-storey structure while a three-storey wing will front onto Second Street with retail and office uses.
Sidney’s downtown core has been the focus of significant development activity in recent years with multiple projects having completed since the start of the decade and numerous proposals in various stages of the municipal planning process.
Upcoming projects of note include Cameo, the redevelopment of the Star Cinema property across the street from the fire hall site into a six-storey condominium and retail complex housing a modernized theatre, and The Quartet, a five-storey, 22-unit high-end condominium coming soon to the 9700-block of Fourth Street. Meanwhile 56-units of workforce rental housing are currently under construction in the 9800-block of Fourth Street as The Aranza. Rising to five-storeys the project will deliver much needed attainable rental housing to the Saanich peninsula.
To view additional projects underway or proposed for Sidney and the Saanich peninsula, view Citified's condominium and rental listings.
The fire hall site was sold earlier this year for approximately $9 million earlier. The money will be used to offset the cost of a $14 million replacement currently under construction along Beacon Avenue at Highway 17. C
Receive Citified's timely real-estate news straight to your inbox. Sign up for our newsletter. 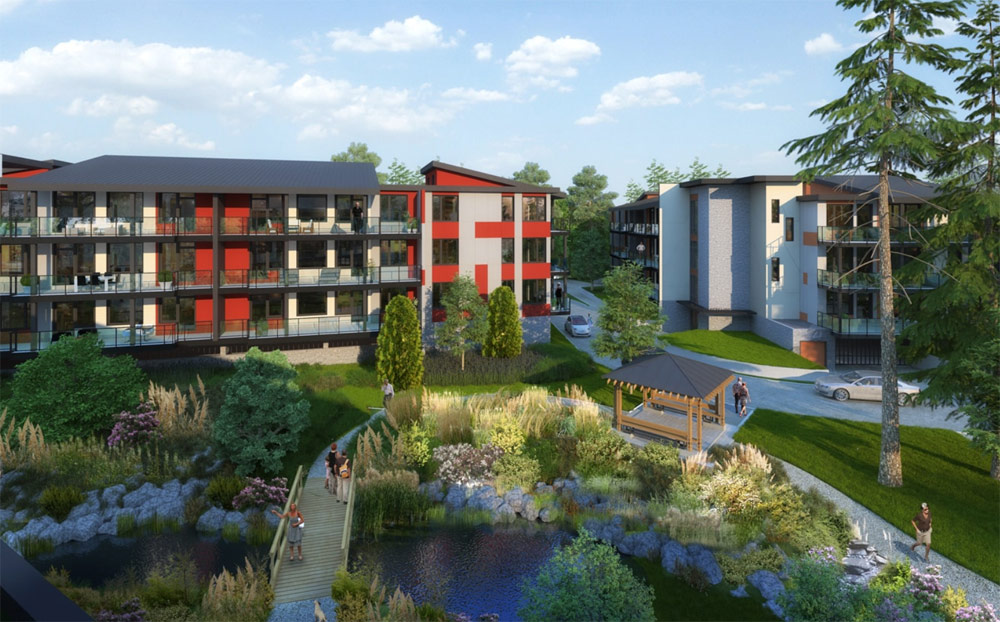