An aerial view of the 900-block of Pandora Avenue, with a duo of parcels recently acquired by the City of Victoria outlined in blue at 926 and 932 Pandora Avenue.  Citified.ca

commercial, rentals, Downtown Victoria
City of Victoria acquires Pandora Avenue land holdings across from Our Place shelter
MIKE KOZAKOWSKI, CITIFIED.CA
The City of Victoria has reportedly purchased a high-profile set of properties along the 900-block of Pandora Avenue, Citified has learned.
According to several sources, the municipal government is said to be the new owner of two parcels at 926 and 932 Pandora Avenue sold by development firm Kang & Gill, which had been in the process of securing approvals for a ten-storey residential complex containing some 150-units and approximately 5,500 square feet of retail space adjacent to the avenue’s McDonald’s restaurant, and across from the Our Place Society social services centre and shelter.
It is not clear, however, whether the City will be pursuing a development in keeping with the vision proposed by Kang & Gill, or opting for a made-in-house redevelopment of the land that presently houses shuttered two-storey commercial buildings fronting onto Pandora Avenue and Mason Street to the north.
Municipal leaders have previously alluded to a desire to create a City of Victoria-operated housing agency providing municipally-managed affordable residences on City land. This spring’s purchase appears to be the first such move towards realizing that goal.
Sources familiar with the deal say the purchase price was in the range of $8 to $10 million.
Elected officials recently held several in-camera meetings that were believed to have included conversations relating to a municipal land purchase. A statement pertaining to the deal has not been issued by the municipality.
The eastern half of Pandora Avenue – despite its challenges stemming from social service operations and a recent congregation of homeless campers between the 800 and 1100-blocks – has been the focus of multiple real-estate development efforts in addition to Kang & Gill’s 10-storey proposal.
Immediately east of the McDonald’s restaurant across Vancouver Street, Bluesky Properties recently completed 1008 Pandora, a mixed-use rental building anchored by a Save-On-Foods grocery store with nearly 200 residences above. And prior to 1008 Pandora’s completion, Cox Developments built a 13-storey rental tower on Pandora Avenue at Cook Street with over 130 homes, completed in 2018 and known as V1488.
In planning on the same block as the City’s new land holding is Townline’s proposal for a 15-storey rental tower at 975-983 Pandora Avenue, which made news recently for its inclusion of co-living residences with upwards of five-bedrooms.
Further east the Wellburn’s Market building on Pandora Avenue at Cook Street is at the centre of a project, known as Parkway, that would see the heritage building’s façade restored and over 100 residences built in a six-storey lowrise.
Kitty-corner from Parkway is Tenfold Project's The Wade, a 102-unit condominium in the final stages of completion along Cook Street between Johnson Street and Pandora Avenue. The Wade is repurposing the 1950s-era Medical Arts Building into a mixed-use residential and retail hub, while its former parking lot is now a new-build four-storey addition.
And just off the avenue is Cox Development’s 15-storey 1400 Vancouver Street project, which is in its post-approvals phase on Vancouver Street between Pandora Avenue and Johnson Street. It will include nearly 100 rental apartments and retail space. C
Receive Citified's timely real-estate news straight to your inbox. Sign up for our newsletter. 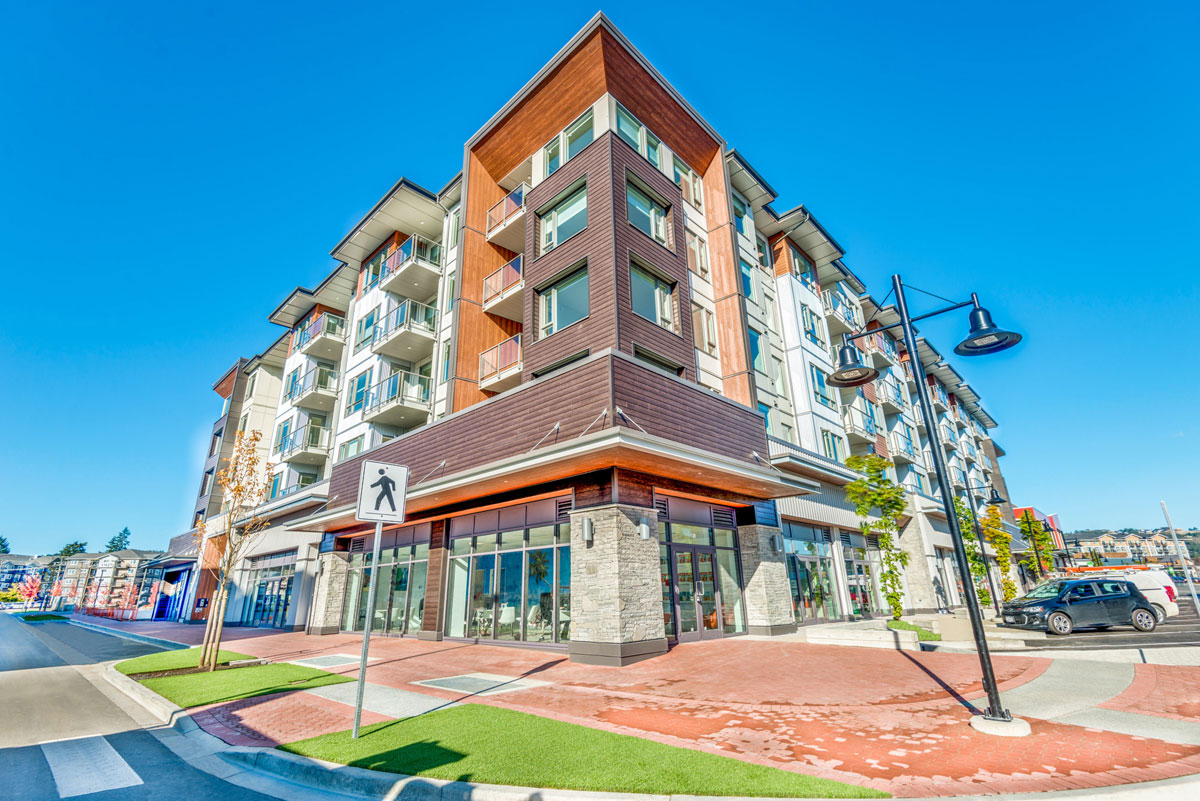