A rendering of Hudson Place Two, a 23-storey, 235-unit rental tower approved for the 1700-block of Blanshard Street as the final phase of downtown Victoria's Hudson District.  Townline

commercial, offices, rentals, Downtown Victoria
23-storey Hudson Place Two rental tower approved as final phase of The Hudson District
MIKE KOZAKOWSKI, CITIFIED.CA
A 23-storey mixed-use residential and commercial tower proposed for downtown Victoria’s Hudson District has been approved by the City.
Dubbed Hudson Place Two, the nearly 72 meter tall highrise is destined for the 1700-block of Blanshard Street immediately east of Hudson Place One, which today stands as Vancouver Island’s tallest building at 25-storeys (85 meters) above the 700-block of Harald Street.
Comprised of 235 rental apartments, Hudson Place Two’s layouts will include studio, one-bedroom and two-bedroom homes sized from just over 400 square feet to 850, while the ground floor level will accommodate nearly 8,300 square feet of retail or office spaces with frontage onto Herald, Fisgard and Blanshard streets.
Hudson Place Two will rise as the final tower of The Hudson District, which began with the heritage restoration of a Hudson’s Bay Company (HBC) department store on Douglas Street between Herald and Fisgard streets.
Project developer Townline, a Vancouver-based firm that is also involved with region-wide affordable housing projects through its TL Housing Solutions subsidiary, constructed the 120-unit, 12-storey Hudson Mews&nbsp;rental tower immediately east of the HBC restoration. Two years later a duo of rental towers north of Herald Street were built as Hudson Walk One and Two totalling 284 homes. Hudson Place One, comprised of 176 up-market condominiums, is in its final sales phase.
Designed by Musson Cattell Mackey Partnership, the tower's straight rise from the second level through to the 23rd represents a departure from other towers in the downtown core with recessed levels and setbacks. The podium, with four and six-floors, will feature brick cladding and animated facade treatments in-keeping with the city centre's built form.
An amenity area will be situated atop the 23rd storey with western exposure. Additional amenity spaces will be included for residents in the podium levels.
With construction winding down at Hudson Place One, work on Hudson Place Two is expected to begin later this year with completion in 2022 or 2023. C
Receive Citified's timely real-estate news straight to your inbox. Sign up for our newsletter. 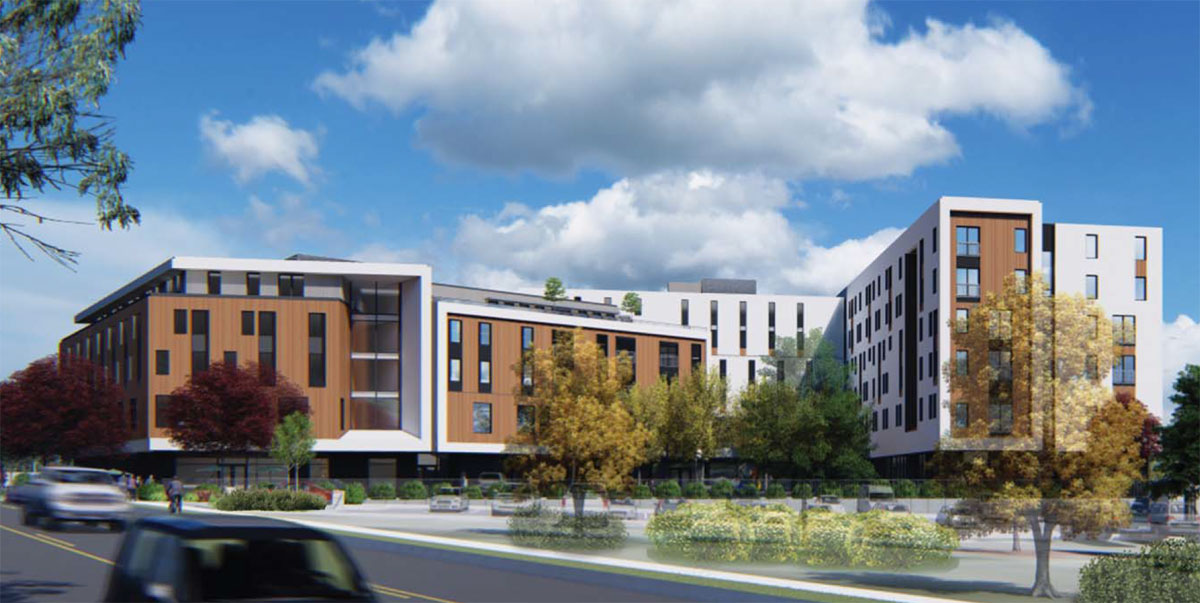