A rendering of a 20-storey hotel proposal for the 700-block of Fort Street at Blanshard Street in downtown Victoria. The 128-room complex is envisioned as incorporating a public 'wintergarden' as part of the podium.  Merchant House Capital / D'Ambrosio Architecture + Urbanism

commercial, hotel, Downtown Victoria
20-storey Montrose Wintergarden Hotel proposal unveiled for Blanshard at Fort
MIKE KOZAKOWSKI, CITIFIED.CA
A proposal for a 20-storey hotel along the 700-block of Fort Street at Blanshard Street unveiled in January has been formally submitted to the City of Victoria.
The 128-room wedge-shaped highrise is envisioned for a trio of properties at the northwest corner of the intersection currently occupied by retailers that include a Monk’s Office outlet and Ditch Records, and a surface parking lot.
Developer Merchant House Capital believes their concept for the complex, which will focus on longer-term clients and a changing travel market, will fill a niche in the Capital.
“The tourism sector plays an important role in Victoria and the [Capital Regional District’s] economy, but has a history of being seasonal and volatile to global influences, as has been experienced in the COVID-19 pandemic,” states a letter issued to council by Merchant House Capital’s David Fullbrook. “Our proposal offers diversification of the guest accommodation market to support visitors that are part of Victoria’s innovation economy with an extended-stay model that we anticipate being in demand year-round.”
Named Montrose Wintergarden Hotel, the proposal will also include a three-storey “wintergarden” to support a transitional public space at street level, including a spiral staircase rising three floors.
Fullbrook writes that Merchant House Capital is “investing in the creation of a new public face to a hotel building, with a bold atrium and wintergarden space opening onto the street and connecting to Victoria’s local retail and commercial main street.”
Designed by Victoria-based D’Ambrosio Architecture + Urbanism, the tower’s dominant design elements are angled north and south frontages, while the east and west faces feature indents that run along the spines of the shaft.
“[The concept] resulted from extensive design studies to create an elegantly proportioned slender tower that while providing viable floor areas, reduces shadowing impacts and scale,” Fullbrook writes. “The floorplan shape avoids forming a 'back' wall, while affording excellent light and views for all suites. The angled walls of the tower are accentuated by angled, vertical, bronze-coloured metal cladding. This will give the facade a dynamic effect of subtle changes in hue and brightness at different times of the day and night. Beyond the aesthetic effect, the angled façades, with minor averaging, conforms to the intent and exceeds minimum setback requirements from Blanshard and Fort Streets.”
Rising to just under 67 meters, the building height surpasses a height advisory for the property of 60 meters, although Fullbrook intimates the slenderness of the design achieved by an additional seven meters is worthy of consideration.
Parking will be in the form of an underground parking with 35 stalls.
Merchant House Capital's pitch joins several other hotel proposals making their way through the City of Victoria's civic planning process.
On Broad Street between Johnson and Yates streets Chard Development with partner UVic Properties has proposed a 139-room project that will include a façade remediation of the historic Duck's Building dating back to 1891. Meanwhile the Douglas Street Sandman Hotel is slated for redevelopment into a complex with 182-suites.
In recent year's the Capital's stock of hotel room inventory has declined as older properties were transformed into rental apartments. The most recent such conversion saw the Harbour Towers Hotel, a 13-storey landmark overlooking the Inner Harbour, re-emerge late last year as The James at Harbour Towers with 219 homes, and the conversion of multiple hotel properties in the Burnside-Gorge neighbourhood into housing facilities. C
Receive Citified's timely real-estate news straight to your inbox. Sign up for our newsletter. 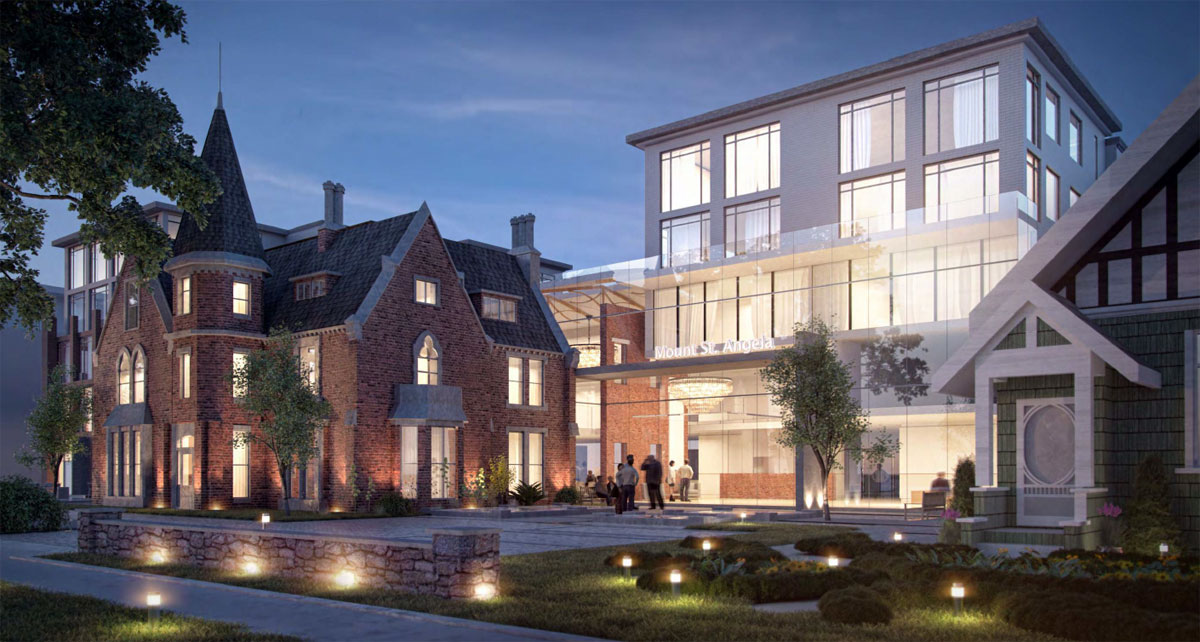