A rendering of Emerald Villa, a six-storey residential building proposed for the 800-block of Tillicum Road north of Transfer Street in Esquimalt. The project will include parking access via Lampson Street.  Lida Homes

rentals, Urban core
Large residential complex pitched for Tillicum Road near Craigflower Road in Esquimalt
Mike Kozakowski, Citified.ca
A significant residential project has been proposed for five properties in the area of Tillicum and Craigflower roads north of Transfer Street and opposite Esquimalt’s Gorge Vale Golf Club, Citified has learned.
Proponent Lida Homes has submitted rezoning plans for Emerald Villa, a nearly 120-unit rental or condominium development in a six-storey building spanning 863-887 Tillicum Road across from Gorge Vale’s 10th green, with parkade access via 884 Lampson Street opposite Lampson Park.
WA Architecture has designed an elongated structure comprised of one, two and three-bedroom homes plus 1,200 square feet of indoor amenity space for residents, and 2,500 square feet of outdoor space that also includes a children’s play area. Approximately half of the homes will be in two and three-bedroom formats, and 18 are planned with ground level access.
Parking will be handled in an underground parkade totalling just under 100 stalls, along with 12 surface spaces for visitors along the project’s Lampson Street entrance.
At six-storeys, if approved and built, Emerald Villa will stand as the tallest building in its immediate vicinity, and the largest in terms of density along the southern portion of Tillicum Road currently dominated by the single-family-home and duplex built forms. The massing and scale would also be the largest for developer Lida Homes, which has traditionally focused its development efforts on single-family and townhome projects.
Further north on Tillicum Road, higher densities have materialized via multiple townhome projects and a small multi-unit building north of Craigflower Road. At the municipal border with Saanich, developer Abstract has begun sales on Central Block, a 99-suite condominium at the former location of the Gorge Pointe Pub which was constructed in the 1990s alongside a condominium complex. And in a recent interview for Citified, the principal of Denciti Developments identified the Craigflower and Tillicum roads intersection as the area of the company's latest land acquisition for the purposes of rental housing construction.
Across the Tillicum Bridge and into Saanich, approvals have been granted for a mixed-use residential and retail complex at 2900 Tillicum Road and Gorge Road West, while plans are afoot to build a rental project along the 3000-block of Tillicum Road at Obed Avenue.
Esquimalt has seen a significant jump in residential construction activity in recent years, with multiple projects having completed, several currently under construction, and others already approved with construction starts pending. According to Citified’s construction activity tracking, since the mid-2010s the municipality has seen nearly 200-units of condominiums and nearly 400-units of rental apartments constructed, with nearly 700-units of rentals and over 200-units of condominiums currently underway. C
Receive Citified's timely real-estate news straight to your inbox. Sign up for our newsletter, and connect with us on Facebook: 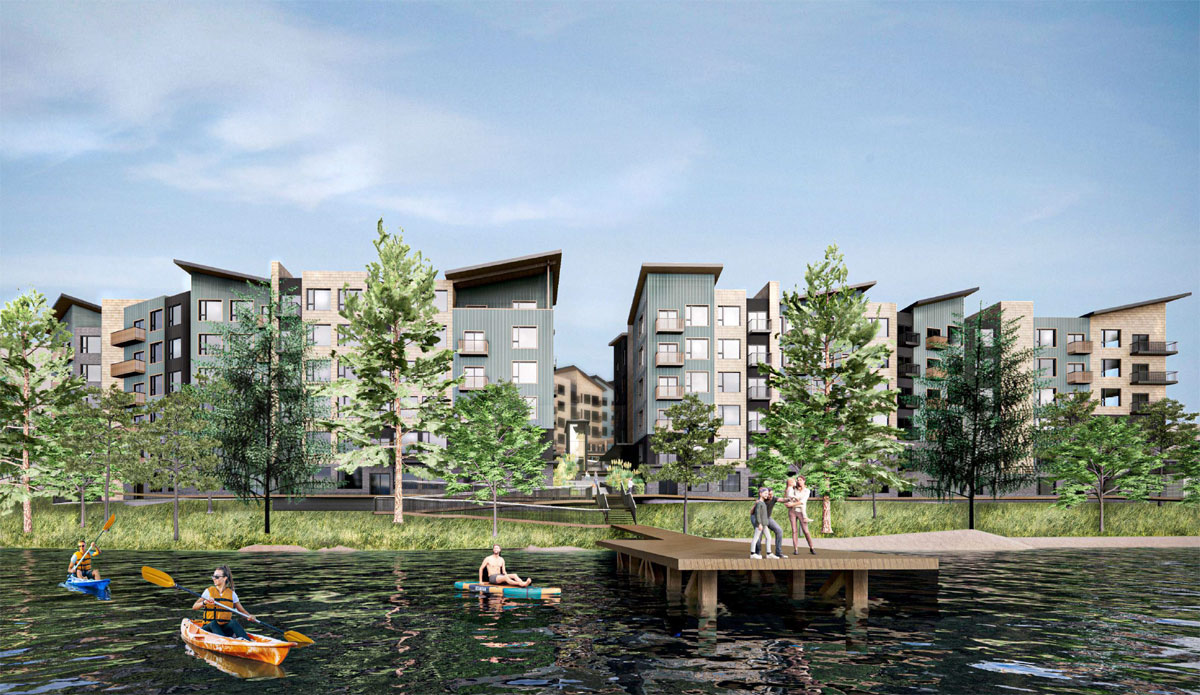 The Shafer on Southgate