Pictured: work crews are realigning the east end of the 700-block of Cormorant Street in downtown Victoria in preparation for two-way traffic. This fall the one-way street will serve as a two-way thoroughfare between Douglas and Blanshard streets.  Citified.ca

civic, commercial, Downtown Victoria
Work underway to reconfigure one-way Cormorant Street for two-way traffic
CITIFIED.CA STAFF
Protected bike lanes are not the only two-way thoroughfares being built in downtown Victoria.
The one-way 700-block of Cormorant Street is being reconfigured for two-way traffic to coincide with the opening of an office complex between the 700-blocks of Cormorant Street and Pandora Avenue, Citified has learned.
Originally serving as an east-west connector between Quadra Street and Store Street, in the 1960’s Cormorant Street became disjointed at Douglas and Government streets to make way for Centennial Square, and its 500-block – between Store and Government streets – was connected to and renamed Pandora Avenue.
Once work is completed this fall, a two-way Cormorant Street will allow motorists to enter and exit via both Douglas and Blanshard streets, although to accommodate the changes parking capacity will be reduced.
The City of Victoria has confirmed the approximately 50 angled parking stalls will be re-aligned to accommodate nine parallel parking spaces on the south side of the street and some-20 angled spaces along the north side of the street. In addition to the angled spaces, three curbside parking stalls will be available near the Blanshard Street intersection. C 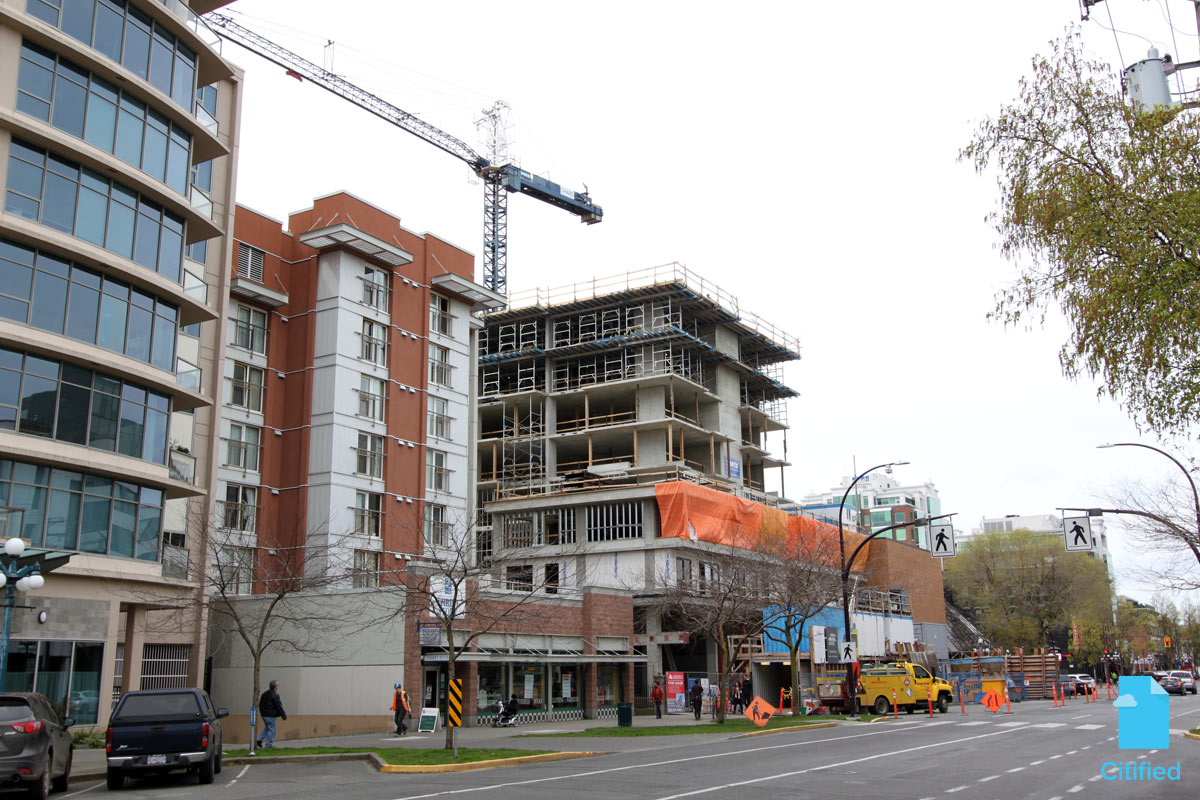