A visual representation of the new 'housing high street' at the Roundhouse component of Bayview Place in Vic West. The view in the image is to the west from the historic railroad roundhouse, with several highrise rental towers to the right with frontages onto the high street (pictured) and Esquimalt Road.  Focus Equities

commercial, condos, hotel, offices, rentals, Urban core
Vic West's Roundhouse project re-envisioned with 11 towers of rentals, hotels and condos
MIKE KOZAKOWSKI, CITIFIED.CA
Over a decade since its initial concept was approved by the City of Victoria, the Roundhouse component of Vic West’s Bayview Place development has been re-envisioned as developer Focus Equities adjusts the multi-phased project to the present-day market.
Unveiled in 2008 as a sizable commercial district with several highrise condominiums, the project now hopes to move forward with four towers comprised of affordable and market rental apartments along Esquimalt Road, two hotels fronting onto Kimta Road, two condominium districts with five highrises (with three) between the hotels and (two) at the northwest corner of the site, and a retail hub anchored by the property’s historic railroad buildings. Total density will nearly triple to 2.4 million square feet from 803,000.
“Roundhouse at Bayview Place is an opportunity to demonstrate what innovation looks like in the face of adversity, all while making a bold, new mark on the city's unique skyline,” reads a prepared statement to the City from Focus Equities and its architectural partner ZGF Architects and urban planning consultant B&A Planning Group. “Together, in partnership with the community, we can build up rather than out, for the many rather than for the few.”
As part of the new vision, a ‘housing high street’ along the north perimeter will yield four highrises from Catherine Street to the west and the railroad roundhouse to the east along Esquimalt Road. The high street will combine market and affordable rental housing broken down into nearly 600,000 square feet of market residential units and nearly 150,000 square feet of affordable units. The total unit count is estimated to deliver 1,000 residences. Commercial spaces will be situated within the buildings.
Condominium residences will total nearly 1.2 million square feet and will rise within two zones, one of which will be situated east of the housing high street and above the historic railroad roundhouse, known as the ‘heritage heart’ with two towers, the second called Lime Bay Mews south of the high street along Kimta Road. One of the towers at Lime Bay Mews, which has been retained from the 2008 plan and dubbed the E&N Building, is currently in the pre-marketing stage. A second phase with two towers rising from a shared podium will rise to its west.
Hotels will total just over 350,000 square feet to deliver over 300 hotel rooms across two properties, with a duo of towers flanking the E&N Building and its counterpart.
106,000 square feet of retail and commercial spaces will be situated throughout the site with a primary focus on the heritage buildings at the nexus of the project lands.
Public park and open spaces will total two-acres.
The 2008 plan called for five highrise towers all situated along the southern half of the Roundhouse lands. The commercial component was the guiding feature of that vision, and saw more open spaces throughout the lands and a focus on what was then a still operating rail service and yard.
With an active rail line still running through the site – albeit with no scheduled rail services due to the E&N Railway’s cessation of regularly scheduled up-Island services and no freight traffic – Focus hopes to incorporate a transportation component into the plan in the hopes that it would eventually connect West Shore commuters with the city centre. Such a rail service has been in discussion for the better part of the last decade, although no senior levels of government have yet allocated resources to help support the initiative.
Focus' new plan has been submitted to the City of Victoria for review and to seek approvals from elected officials.
“This Master Plan seeks to redefine the vision and policy for the Roundhouse at Bayview Place to allow it to better align with the City of Victoria's vision for growth and intensification," the project team writes. "To implement Council’s strategic direction and the vision for Roundhouse at Bayview Place, the application proposes amendments to the Official Community Plan, Victoria West Neighbourhood Plan, Roundhouse Design Guidelines, Master Development Agreement, as well as, to rezone the plan area.” C
Receive Citified's timely real-estate news straight to your inbox. Sign up for our newsletter. 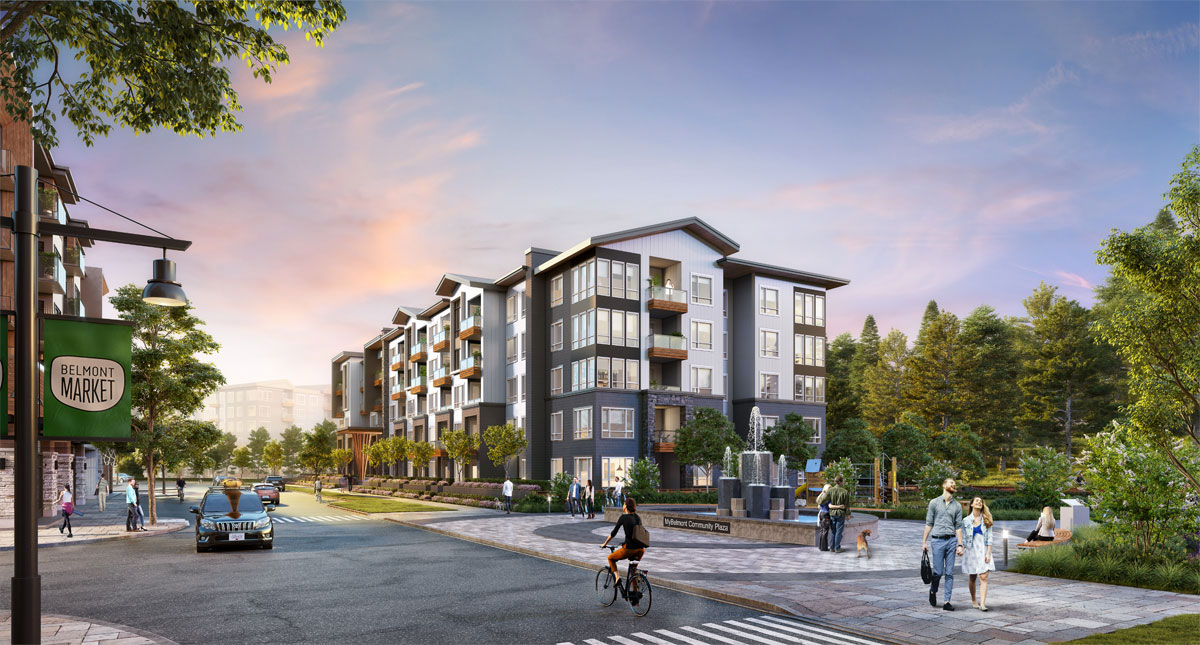