Bordered by Blanshard Street to the east and Belleville Street to the south, with the Songhees in Vic West and Quebec Street in James Bay as exceptions, downtown Victoria's transient zoning applies to approximately 24 buildings and developable land parcels. A recent decision to support nixing future transient-zoned developments could have unintended consequences for downtown Victoria. Citified.ca

Owners of Victoria’s transient-zoned condos may realize a boost in re-sale values as the City of Victoria moves towards a transient zoning restriction for future condo developments.

At a hearing on proposed changes to Vic West’s Dockside Green project, Victoria councillors voted unanimously to support a motion introduced by councillor Jeremy Loveday to restrict transient zoning – otherwise known as a hotel-like or short-term rental usage – at Dockside Green and future condo proposals in the City.

“We have a housing crisis in Victoria,” Loveday said. “It’s important that every housing unit that’s built is used for housing.”

However, Victoria REALTOR® David Langlois of Macdonald Realty says the motion could undo the work of previous councils who enacted legislation to introduce transient zoning for economic reasons.

“Victoria, unlike Vancouver, is one of only several jurisdictions that actually has transient zoning designated for areas of downtown Victoria and Vic West, which expressly allow short term usage. We're a resort town, we’re also a snowbird town, and some years back our elected officials took measures to ensure that we responded to the need for transient zoning and the importance of tourism to the economic wellbeing of our region,” Langlois said.

“To have that suddenly jeopardized could have an effect we weren’t prepared for.”

While the intent of Councillor Loveday’s motion may have originated with good intentions, the ramifications of the City’s decision could also have an impact on housing affordability and restrict the supply of housing, according to Victoria REALTOR® Marko Juras.

“Whether or not someone intends to use their property as a short-term rental or as a primary residence, having that transient zoning buffers re-sale value and gives owners more options in the years following their purchase,” Juras said.

Juras, himself a real-estate investor with long-term rental tenants in several downtown Victoria condo buildings, believes that what is likely to transpire as transient zoning restrictions come into play is threefold.

“If the restriction on transient zoning comes to pass, three things are likely to occur. First, the value of real-estate with transient zoning will soar, meaning housing affordability will be impacted. Second, we may actually see fewer housing projects in the future as investors in search of flexible zoning put their money elsewhere and development proposals fail to proceed. And third, the true effects of the AirBnB industry have yet to be studied by the City of Victoria. Could we be harming the economy by enacting this measure without an understanding of its social and economic implications?”

At Chinatown’s 595 Pandora condo development, 53 condo units set to launch in several days are transient zoned. And while investors view the zoning as an important element of their investment strategy, the project’s marketing team acknowledges that resident-owners are equally as receptive.

“From a buyer’s point of view, the more encompassing the zoning, the more long-term security and value retention a property has. All buyers understand the importance of flexible zoning and they make their purchasing decisions accordingly, whether buying a primary residence or an investment,” said George Wong, president of 595 Pandora’s marketing firm, Magnum Projects.

The Janion, one of the fastest-selling condo projects in Victoria’s history, is zoned for short-term rentals. Across the street at the two-building Union development, transient zoning also played a key role in that project’s success. And in terms of re-sale value, the market has already placed upward pressure on such properties due to their growing popularity, Juras says.

“The value of downtown Victoria condos has jumped between 15%-to-50% over the last two-to-three years, and properties with the highest increases in value include transient zoning. What this tells us is the majority of buyers want that flexibility, and if we restrict that type of product and inevitably its supply we can expect prices to climb higher.” C 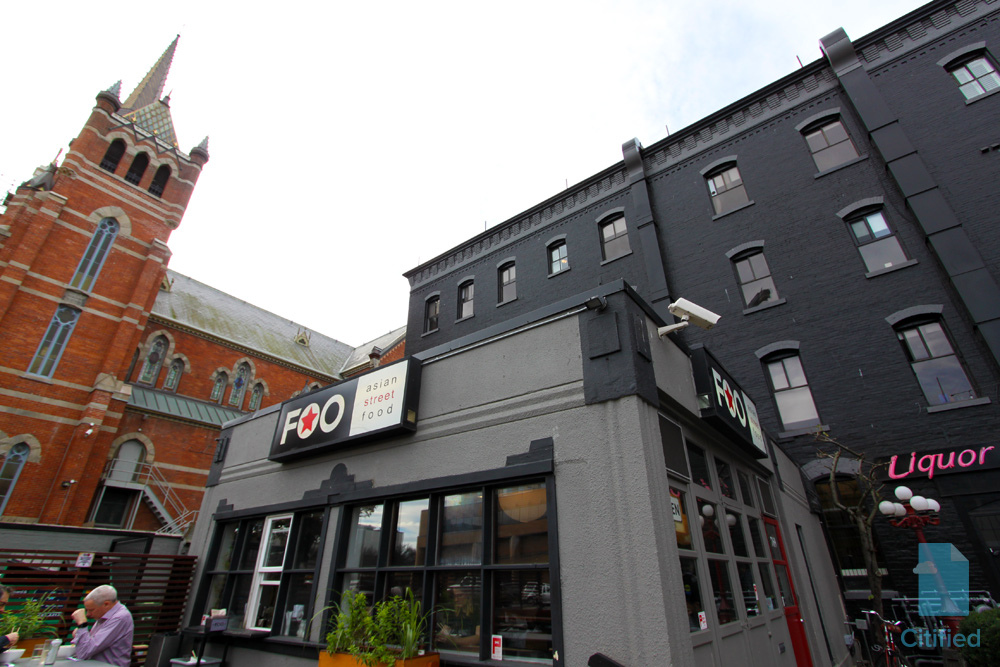