A 170-unit rental development in Sooke's town centre at 2179 Drennan Street is expected to complete in the fall of next year. The three-building project is one of three active purpose-built rental construction sites in the western-most suburb of Victoria.  Citified.ca

commercial, condos, rentals, subdivisions, townhomes, West Shore
Sooke's village core earmarked for growth with 995-units of rentals and ownership opportunities underway, planned
Mike Kozakowski, Citified.ca
Victoria’s western-most suburb of Sooke is adding a record number of purpose-built rental units to its town centre as the seaside town responds to growth pressures and demand for housing.
Two BC Housing-backed developments already underway are slated to add 245-units of mostly below-market housing at 2170 Charters Road (expected to complete this fall with 75-units in a four-storey building) and at 2075 Drennan Street (targeting a fall 2023 completion with 170-units across three buildings standing five-storeys tall).
At 2197 Otter Point Road immediately south of Sooke’s municipal hall, GT Mann Contracting is building 77 market rental homes in two three-storey blocks, plus ground floor commercial spaces. Completion is expected by mid-to-late 2023.
Meanwhile, approvals are being sought for 98-units of rentals at 6569 Sooke Road overlooking the nexus of Church and Goodmere roads. Developer Seacliff Properties recently unveiled its concept at the former Mariner’s Village site (where only one phase of housing completed in the mid-2000s, with a cancelled second phase known as Merchant’s Landing) for an eight-storey, 91-unit mixed-use building, and a three-storey mixed-use building with a seven-unit townhome component. Both complexes will include a combined 16,000 square feet of retail space.
On Wadams Way, the District of Sooke and housing partners are exploring the opportunity for approximately 76-units of seniors housing adjacent to the township’s newly completed library. The site is one block west of the Knox Centre affordable apartments that completed in 2019 with 42-units.
Across Wadams Way from both projects, Vancouver-based Aragon Properties is in the early site preparation stage for a single-family-dwelling and townhome project on Wadams Way at Church Road that will feature 132-units with a planned rental component. The developer is also starting site work at an Otter Point Road site known as Notts Brook, where 127-units of single-family-homes are approved based on plans from a previous developer. The development is immediately across the street from GT Mann’s project described above.
Further south between Sooke Road and Goodmere Road along Brownsey Boulevard two projects are pursuing approvals for 161-units of condominium or rental homes at 6645 Sooke Road (or a combination of both) across six-storeys with ground floor retail space, and 79-units of rentals at 6647 Sooke Road, also with a retail component. The height at 6647 Sooke Road is expected to be in the range of five or six-storeys.
In total, Sooke’s town centre rental housing construction numbers 322-units across three projects, not including a rental component at Aragon Properties’ Wadams Way site. A further 253-units are planned at three additional parcels, while 161-units of either condominiums or rentals are also slated for the 6600-block of Sooke Road. Aragon Properties has not intimated its unit split or potential density variances for the approved 127-units at Notts Brook.
Collectively, high density construction and proposed development is expected to deliver 736 homes to Sooke's town centre by the mid-2020s according to the current project pipeline, with a further 259, at least, as part of single-family and/or townhome offerings from Aragon Properties (all totalling 995-units).
In addition to the above projects, more inventory is in planning, although formal applications have yet to be submitted to the District and/or developers are said to be engaging with the municipality on an exploratory basis. C
Receive Citified's timely real-estate news straight to your inbox. Sign up for our newsletter, and connect with us on Facebook: 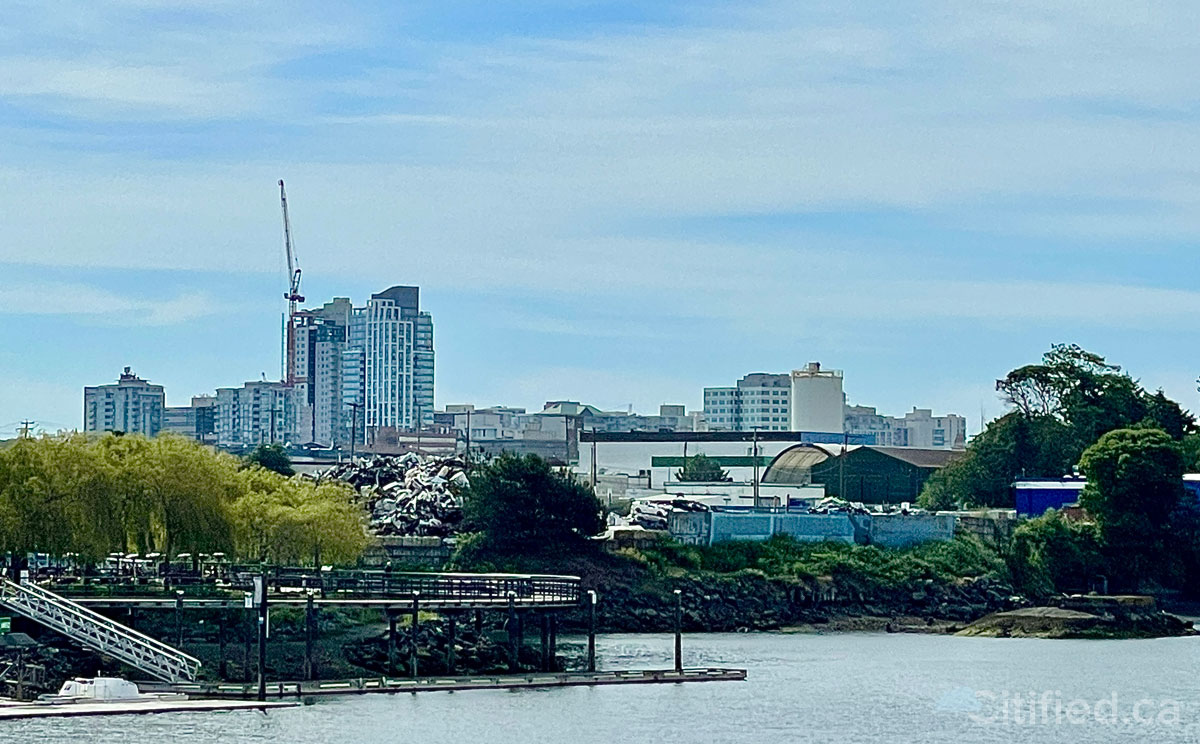 Homes At McDonald Park Place, The