commercial, rentals, Downtown Victoria
Six-storey rental complex eyed for retail strip on Fort Street near Cook Street
MIKE KOZAKOWSKI, CITIFIED.CA
Updated 12:57PM, August 11, 2021
Four retail spaces along the 1000-block of Fort Street could be making way for a purpose-built rental complex with ground floor commercial units.
Jawl Properties has applied for a rezoning and development permit application for 1030-1036 Fort Street – currently home to retailers that include a Sally Bun eatery and clothier Not Just Pretty – to erect a six-storey building with 30 residential units and modern retail spaces at-grade.
As part of an application package supplied to the City of Victoria, architect Cascadia Architects describes the proposal as “contextually appropriate” for the site and “complementary to the city fabric in which it is situated.”
In its informational package, Cascadia speaks to the project’s scale, form, and orientation as “calibrated to foster a human-scaled, pedestrian-oriented public realm on Fort Street. As a [six]-storey building located on the perimeter of the block, [the proposal] will form a part of the street wall and base building perimeter block, allowing for a continuous sense of enclosure along Fort Street while maintaining reasonable sunlight penetration and privacy at the rear yard.”
The development site's shortcoming is that it prevents “the introduction of an internal courtyard space and dual aspect residential units,” relying instead on “sizeable lightwells” on the east and west sidewalls, which provide “augmented natural light and cross ventilation to twelve residential units while daylighting the public corridor at all residential floor levels and improving livability for all residents of the building.”
Homes are conceived as one-bedroom and studio units, which no on-site parking available for residential or commercial uses due to soil conditions.
Exterior materials include metal panelling along the east and west façades, while terracotta panels are featured along the Fort Street (south) frontage “organized in a simple grid pattern.” Further to the Fort Street frontage, the architects say “a distinctive vertical slot of uniquely treated balconies with fritted glass guardrails breaks the façade’s rigorous architectural grid into two well-proportioned elements and distinguishes residential from public uses at grade.”
Elaborating on the architectural concept, Cascadia says its design is “simple and understated, using a minimal palette of high quality cladding materials that will weather gracefully, organized in a vertically oriented grid producing a visually balanced composition at the residential levels, while an open, highly glazed and recessed ground level with a concrete material expression creates a modern and dynamic contribution to the animated and vibrant street front retail character typical of upper Fort Street.”
Slightly west of Jawl Properties' proposal Victoria council denied a 12-storey application from Abstract Developments' rental housing partner NVision Properties for 1010 Fort Street. The proposal would have provided over 50 rental apartments and ground floor retail space. Council's biggest issue at the times of that iteration's planning process related to building height and massing. The concept remains in planning, and an alternate vision for the site is expected to materialize at some point in the future. C
Receive Citified's timely real-estate news straight to your inbox. Sign up for our newsletter, and connect with us on Facebook: 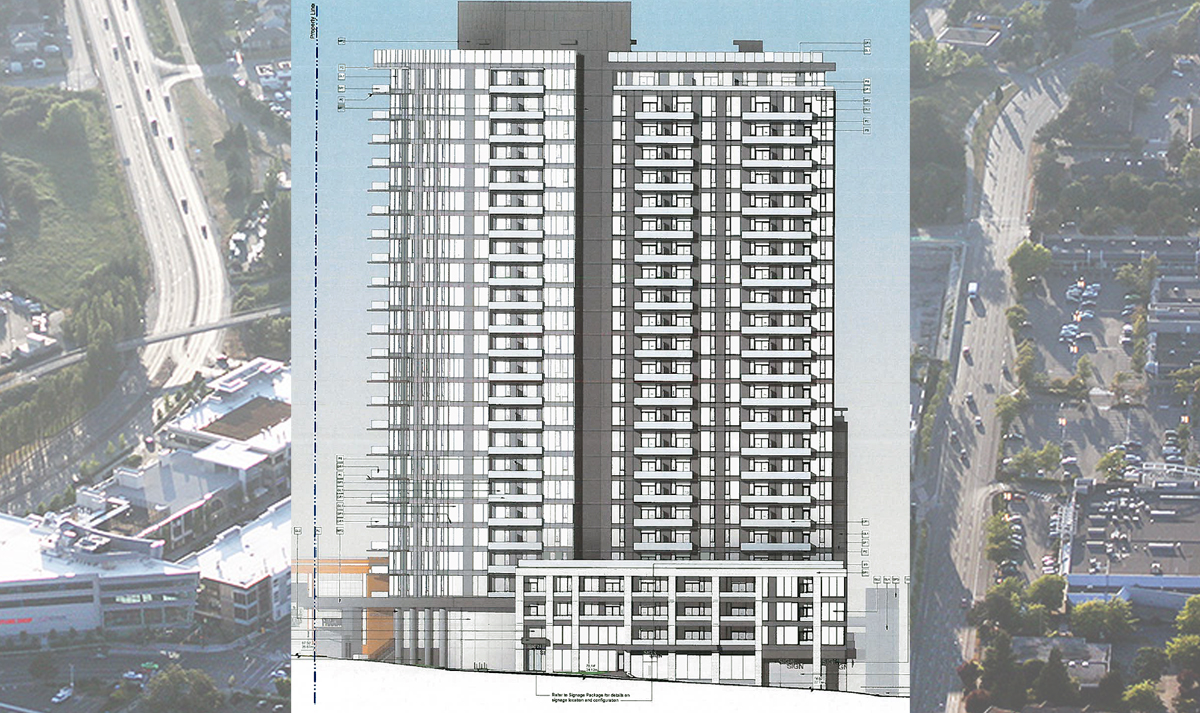