An artist's rendering of Cameo, a 45-suite condominium development coming soon to Third Street at Sidney Avenue in downtown Sidney. Cameo will be home to a modernized and expanded Star Cinema that is planned to reopen in mid-2020.  Casman Properties

commercial, condos, Saanich Peninsula
Sidney's Star Cinema closes this fall to make way for its 'Cameo' appearance in 2020
MIKE KOZAKOWSKI, CITIFIED.CA
The starring role in Sidney’s urban transformation will get underway this fall as developer Casman Properties readies to roll on its highly anticipated Cameo condominium development, Citified has learned.
This fall Third Street’s Star Cinema will close the curtains on its two screens and will re-emerge in mid-2020 as a three-screen movie house anchoring Casman’s 45-suite residential complex at the intersection of Third Street and Sidney Avenue.
“We are thrilled to be involved with Star Cinema’s plans to reimagine the theatre experience for residents of Sidney and the Saanich peninsula,” says Bethany Hicks, Casman Properties’ Development Coordinator, adding that Cameo’s “architectural design through its use of cladding materials and eclectic angles” plays on the glitz and glamour of the silver screen to “not only serve as a landmark destination for moviegoers, but to also give Cameo a landmark presence.”
Opened in 1998, Star Cinema is celebrating its 20th anniversary this year just as it readies to take a hiatus to make way for construction. When it re-opens in approximately two years it will do so with the latest in theatre technology, seating and entertainment value.
“The new theatre will be a considerable departure from what is arguably a classic cinema experience today,” Hicks says. “Like the residences above, Star Cinema’s interiors will take advantage of the latest trends in design together with an immersive environment to captivate audiences.”
Sidney’s rapidly growing town core has seen an urban transformation take hold that is replacing tired, low-density buildings with modern mixed-use developments such as Cameo. And with its 45 homes across five levels above the theatre, the project will go a long way to making downtown Sidney a more vibrant, amenity-rich community.
“Our commitment to this project was to provide ownership opportunities to a wide spectrum of buyers,” said Margie Shenduk, Director of Operations at Casman Properties. “The concept was to create an exciting presence in the neighbourhood through unique commercial spaces and the theatre, and to complement Sidney’s rapidly growing downtown core with homes that first-time buyers, down-sizers, families and snowbirds will be drawn to.”
Cameo’s residential collection will feature affordably-priced studio layouts, one and two-bedroom suites and up-market three-bedroom penthouses with a resort-like vibe that includes two common area amenity rooms, bicycle storage and secure underground parking.
Floorplans will range between 475 and just under 2,600 square feet with a variety of finishings catering to buyer expectations. View opportunities towards the Salish Sea, the distant Malahat hills and Sidney’s natural surrounds will be available from many units in the six-storey building.
“One of the ways Cameo is different from traditional condominium offerings is floorplans reflecting a lifestyle choice that merges value-driven finishings for buyers in search of their first residence or an investment property, while meeting the expectations of discerning purchasers who will view our two and three-bedroom suites as downsizing opportunities and as full-time residences,” said Tony Zarsadias of The Condo Group, the firm managing Cameo’s sales effort.
In the coming weeks Zarsadias says more information will be made available on Cameo’s floorplans, finishings and pricing.
“While we work to fine-tune the details ahead of Cameo’s official reveal and the fall launch of our sales and marketing campaign, what I can say is this project is destined to not only become a focal point on the peninsula as the new home of Star Cinema, but as an ownership opportunity where value and elegance take centre stage.”
To learn more about Cameo and to stay connected with the sales team, visit the project's official website here. C
Receive Citified's timely real-estate news straight to your inbox. Sign up for our newsletter. 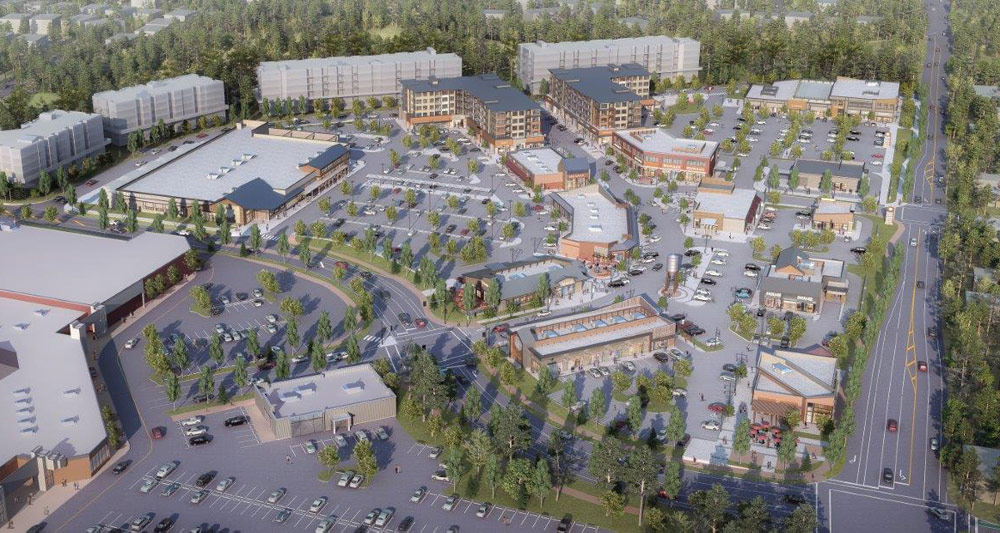