commercial, rentals, West Shore
Second phase of Colwood Corners underway as new Save-On-Foods nears opening
Mike Kozakowski, Citified.ca
The second phase of the mixed-use Colwood Corners development on Sooke Road at Goldstream Avenue is now underway as the project’s anchor tenant, a Save-On-Foods grocery store, readies for business.
Developer Onni Group is currently building two additional rental blocks, at 1910 and 1920 Jerome Road, following last year’s completion of Colwood Corners’ first phase of residences within a five-storey, nearly 140-unit complex (home to a nearly 40,000 square foot Save-On-Foods fronting Sooke Road, opening this summer).
The two upcoming five-storey apartments are on track for a 2023 completion, and will yield approximately 150 additional units of rental housing plus over 30,000 square feet of retail space. Three additional retail buildings are expected to complete later this year as part of phase one, while TD Bank is occupying an existing space at the entrance to Colwood Corners’ retail plaza, as the London Drugs building undergoes upgrades and completes tenant improvements on several adjacent units. At build-out, commercial spaces will total over 140,000 square feet.
Jeff Lougheed – a Senior Associate at the Victoria offices of commercial real-estate brokerage Cushman & Wakefield handling leasing for Onni – says Colwood Corners’ commercial lease-up program is doing well with the second quarter of 2022 coming to a close.
“Leasing activity remains strong as we come into the summer months, and we are close to 100% firm or under negotiation status for retail space offerings,” Lougheed said.
However, the broker confirms that while Colwood Corners has been successful at attracting tenants due to the West Shore's rapid growth rate and demand for new services, the broader market is adjusting to higher lending costs for tenant improvements and investments into new locations.
“The interest rate environment is putting additional pressure on the retail market as a whole, as the cost of borrowing increases,” Lougheed said.
Confirmed tenants at Colwood Corners include food operators barBurrito, Papa John’s Pizza, Burger Crush, and Mary Brown’s Chicken. Acekids daycare will open within one of the upcoming Jerome Road rental buildings. The London Drugs building, meanwhile, will see the 4 Mile Liquor Store relocate from a retail plaza northwest of Colwood Corners to a unit between London Drugs and a PetValu pet supply store (that will be flanked by a Rise cannabis dispensary). TD Bank and Coast Capital will face onto Sooke Road, as will a Westland Insurance office.
At the centre of the development site a yet unnamed restaurant will open with an expansive south-facing patio. Additional tenants will be announced later this year.
The Colwood Corners site was acquired by Vancouver-based Onni Group in 2014 following the 2013 collapse of a former development effort at the site known as Capital City Centre. Onni’s acquisition of the 12.5-acre property saw a new architectural direction emerge in 2016, with construction on the first phase launching in 2017.
Future phases will include additional residential buildings along Jerome Road and Belmont Road. The housing at Colwood Corners is currently planned as purpose-built rentals. C
Receive Citified's timely real-estate news straight to your inbox. Sign up for our newsletter, and connect with us on Facebook: 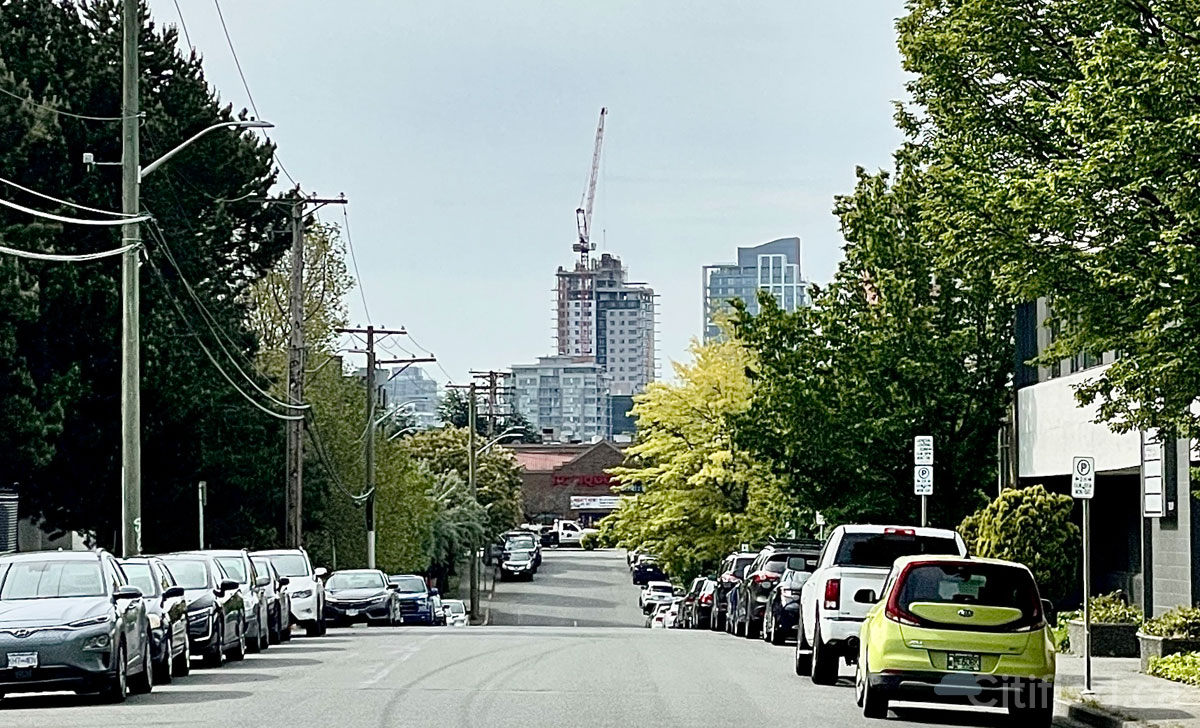