Onni Group's Colwood Corners project as seen under construction in the summer of 2021 on Sooke Road at Jerome Road in the City of Colwood. The project's first phase, comprised of two residential buildings above an upcoming Save-On-Foods grocery store and two commercial buildings along Sooke Road, is now welcoming residents to its 128 apartments.  Citified.ca

commercial, rentals, West Shore
Residents moving in to first phase of high-profile Colwood Corners development
MIKE KOZAKOWSKI, CITIFIED.CA
The first phase of rental apartments is now complete at Colwood’s beleaguered Colwood Corners development along Sooke Road at Goldstream Avenue on Victoria’s West Shore.
Re-started at the hands of Vancouver-based developer Onni Group some four years ago, Colwood Corners has come to market as a heavily scaled back iteration of an earlier vision from now-defunct developer League Assets Corporation which got underway in 2012 as Capital City Centre. The undertaking stalled in 2013 with a partially completed below ground parkade for what were to have been multiple residential towers at heights reaching up to 29-storeys.
Following the 2013 collapse of League and its hallmark project, Onni Group acquired League’s 12.5-acre holding in 2014 with significantly altered plans emerging by 2016. Construction on phase one began in 2017 comprising of two five-storey woodframed residential buildings (totalling 128 studio, one and two-bedroom apartments, now fully rented) sharing a commercial podium on Sooke Road at Jerome Road, a row of commercial units along Sooke Road, and a conversion of Capital City Centre’s condominium sales centre into a TD Bank branch.
Construction continues on both commercial components, while grocery chain Save-On-Foods is working on tenant improvements at its upcoming store below phase one’s apartments.
Onni’s plans for subsequent phases will include residences and retail spaces, with construction of phase two of its residential offering expected to begin next year along Jerome Road in the form of two lowrise apartments. At build-out, some 600 (or more) purpose-built rentals are expected throughout the Colwood Corners property bordered by Sooke, Jerome and Belmont roads.
Meanwhile, a nearby 15-storey mass timber-designed social housing project at 85 Belmont Road by the Greater Victoria Housing Society (GVHS) has shifted gears and is now expected to proceed as a six-storey lowrise development.
GVHS secured plans from the City of Colwood in 2020 for a nearly 120-unit redevelopment of its Colwood Lodge property, currently home to 50 apartments nearing their end-of-life. The mass timber-designed tower had itself replaced a six-storey nearly 140-unit proposal, favoured for its smaller footprint, future development potential and emerging construction materials. C
Receive Citified's timely real-estate news straight to your inbox. Sign up for our newsletter, and connect with us on Facebook: 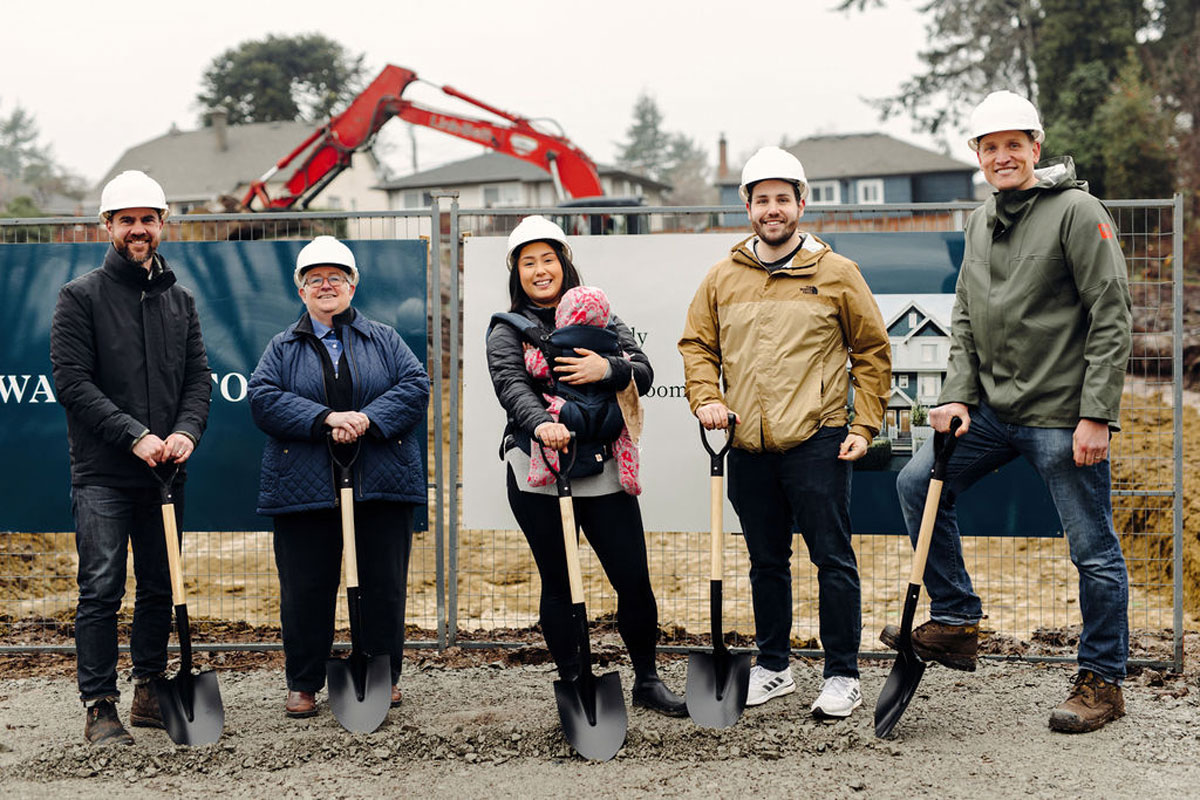