Cranes dot the downtown Victoria skyline as condominium towers rise above the city streets. Despite the construction activity, most projects currently underway are sold-out or are nearing sold-out status. The red crane is situated at the site of the 205-unit 989 condominium project on Johnson Street, the yellow crane is at the 88-unit Legato tower on Yates Street (sold-out since last year) and the crane just visible to the right is building the 215-unit Jukebox on View Street.  Citified.ca

condos, Downtown Victoria
Pre-sale condo inventory cheat sheet for downtown Victoria's red-hot real-estate market
MIKE KOZAKOWSKI, CITIFIED.CA
Demand for downtown Victoria’s pre-sale condominiums remains strong as buyers look to secure housing and investment units amid low supply.
The most recent project to officially sell-out is 595 Pandora in Old Town, a 53-unit office building-turned-residential retrofit that saw purchasers absorb its studio and one-bedroom inventory last fall. 595’s up-market two-storey penthouses, however, saw a slower uptake.
Next in line for sold-out status is Abstract Development’s Black and White condominium and ground floor commercial project comprised of 75-units of one-bedroom, two-bedroom and penthouse suites. A final sales release is scheduled for late October that could see its remaining inventory of four penthouses sell. Black and White’s sales centre will close in mid-November.
Meanwhile Tenfold Project’s The Wade on Cook Street at Johnson Street, currently sitting at over 90% sold-out with selection limited to several smaller units and four premium suites, has consolidated its sales efforts at the newly-opened Head Street showroom for the developer’s Westbay Quay development in Esquimalt. Excavation for the 102-unit project is now underway.
A wider array of inventory remains available at Cox Development’s 989 mixed-use project, a 205-unit, two-tower complex now rising in the 900-block of Johnson Street. 989’s sold status is over 50% with spacious one and two-bedroom inventory remaining.
The 112-unit Yates on Yates tower by Chard Development, earmarked for the 800-block of Yates Street, is pushing 75% sold-out as its near-duplicate Vivid at the Yates gears up for its official sales launch. Vivid, however, will roll out a first-of-its-kind BC Housing partnership whereby eligible buyers will qualify for below-market suites. Demand for Vivid’s 135-units is reportedly quite high, and upon release later this month, the project is expected to sell off a majority of available inventory.
In the 1000-block of View Street developer Mosaic Properties has made fast progress with sales efforts at the 215-unit Jukebox, which is now 50% sold-out. Construction on the nine-storey project is underway.
And last but not least is Cielo Property’s Customs House, a luxury condominium and commercial development along the Inner Harbour at Government and Wharf streets. Customs House’s 57-units, priced from just below $500,000 to over $9 million, are 50% spoken for.
Downtown Victoria’s inventory-starved condominium market will see some respite in the coming months and into 2018, however, as Le Fevre & Company moves forward on the 164-unit Ironworks development on Chatham Street at Store Street and Townline begins its early marketing efforts for Hudson Place One, a 25-storey, 176-unit tower set to rise in the 700-bock of Herald Street. Concert Properties’ Tapestry seniors housing tower, which will deliver 42-units of condominiums alongside 131-units of rental apartments, is likely to start project marketing soon.
And making their way through the municipal approvals process with a sales launch estimated for 2018 are Reliance Properties’ 121-unit Johnson Street Gateway development in Old Town, Chard Development’s Duck's Building complex with 78-units of condominiums, and Sakura Development’s 62-unit 930 Fort Street. Several additional projects currently in the approvals phase are likely to launch sales in 2019. C 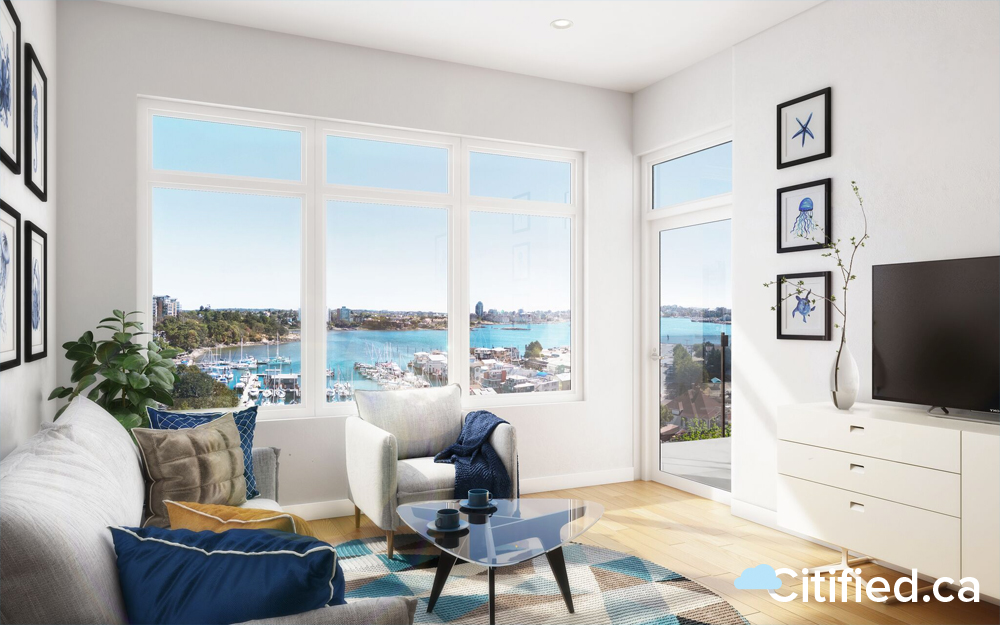