A site plan depicting a future public park along the shores of Langford Lake in Langford. Developers behind the Langford's Westhills development plan to build a swimming beach, two piers and picnicking areas as part of a lakefront public amenity contribution to the City of Langford.  Westhills Development

Developers behind Langford’s mixed-use Westhills community have outlined a vision for a public park along the shores of Langford Lake near the newly completed YMCA facility.

Comprised of two piers, a swimming beach, a boardwalk and trail, picnicking areas and a kayak loading zone, the waterfront green space (spanning roughly 200 meters along the lake's western shore) could emerge as a significant public realm contribution of the multi-phased development.

According to municipal documents, Westhills’ lakefront amenity contribution, if approved, will be constructed in tandem with a waterfront restaurant fronting onto Langford Lake, although no dates or construction timelines are currently described.

With the park’s location situated on what is known as a Streamside Protection and Enhancement Area and within the lake itself, federal and provincial approvals are required before work can proceed.

The Department of Fisheries and Oceans has already confirmed that as long as “best practices in design and construction are followed,” the project will be permitted to proceed.

The provincial Ministry of Environment, meanwhile, will require the proponent and the City of Langford to submit what are known as Section 11 Water Sustainability Act and Crown Land Tenure (CLT) applications concurrently before it will review the proposal.

Langford councillors are expected to vote on whether to pursue the CLT application at a council session scheduled for later today (Monday, March 18).

Should the project receive the green light to proceed, upon completion of the work Langford will retain ownership of the amenity and provide on-going facility maintenance.

Situated along Langford Parkway at Westshore Parkway and expanding into the hills beyond, the Westhills development was initially approved by Langford in 2006 and has burgeoned into a residential community offering a mix of housing types (including an upcoming highrise condominium tower known as Lakepoint 2) and commercial services that include a recreational facility and a public library.

Future phases will yield several thousand more homes in the form of highrise residential towers in what is known as Westhills' commercial core and lakefront district, and single-family homes on hills to the west. C 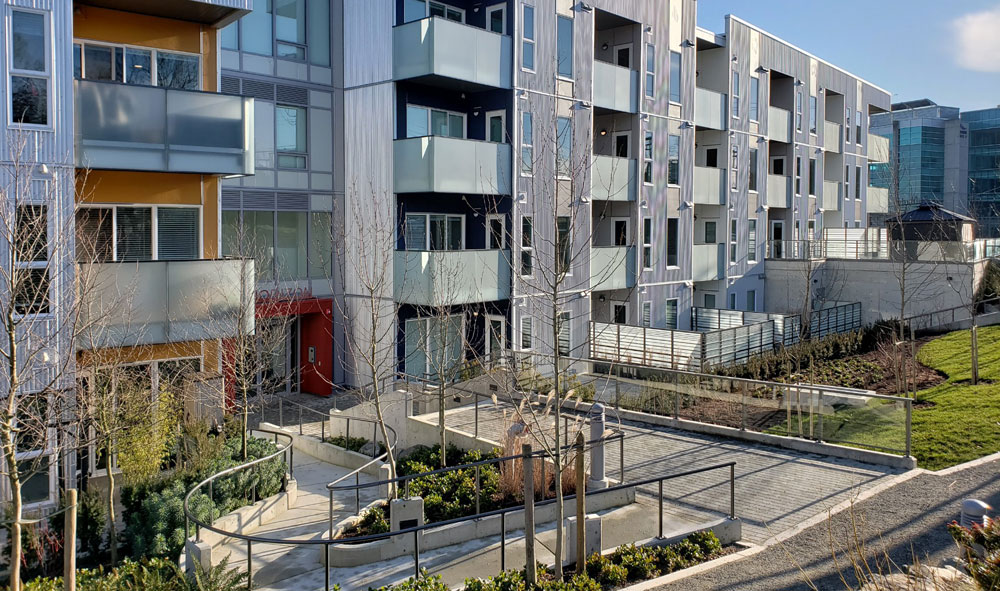