After twenty years of planning and community consultation the Royal Bay development along Colwood’s waterfront is set to begin construction on the first phase of housing.

100 homes will be built along Ryder Hesjedal Way at Latoria Road near the newly completed Royal Bay High School, officially kickstarting what will eventually become a mixed-use community home to over 7,000 residents and a wide array of commercial amenities.

Floor plans, pricing and additional details will be released soon with construction expected to get underway later this year or by early 2016.

Royal Bay will feature a mixture of single family dwellings, townhomes and apartments across several distinct areas within the community. A village centre with commercial amenities is planned for Latoria Road at Metchosin Road together with a mixed-use waterfront district overlooking the Straight of Juan de Fuca. C 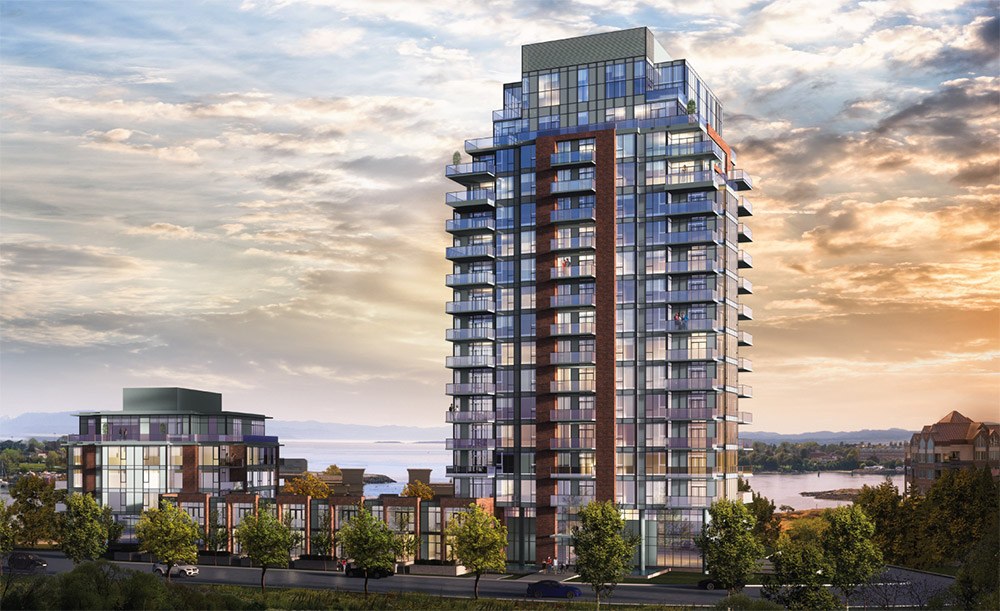