The 12.5-acre parcel bordered by Sooke, Jerome and Belmont roads was purchased by Onni in 2014 following the bankruptcy of League Assets Corporation. The defunct Victoria-based developer secured approvals for an ambitious mixed-use community — dubbed Capital City Centre — that included a cluster of condo towers rising to 29-storeys, an office building and a large retail component. Construction of Capital City Centre’s first phase had begun in the fall of 2012 only to stall by the following summer.

According to Onni’s development application submitted to the City of Colwood, the first phase of the project (referred to as Colwood City Centre) will be comprised of eight individual structures ranging in height between one and five-floors with a combined total of 150,000 square feet of commercial space. 284 rental apartments will be spread among four mixed-use buildings rising to five-storeys. Future phases will include additional residential buildings along Jerome Road and Belmont Road.

“The City Centre site is one of the most visible and significant developments in Colwood,” said Councillor Gordie Logan, Chair of the Colwood Planning and Land Use Committee. "It is a site with incredible potential and we look forward to working with Onni Group to encourage construction of an attractive centre that strikes the right balance of housing, retail, community spaces and necessary parking.”

Pending a successful municipal approvals process, construction could be underway by next year with completion of the first buildings in 2018.

Onni’s plan, while far less dramatic than the League concept, is significantly more risk averse and is expected to be fully completed much earlier than the decade-plus build-out anticipated for Capital City Centre. C

Eight upcoming seniors residences you need to know about 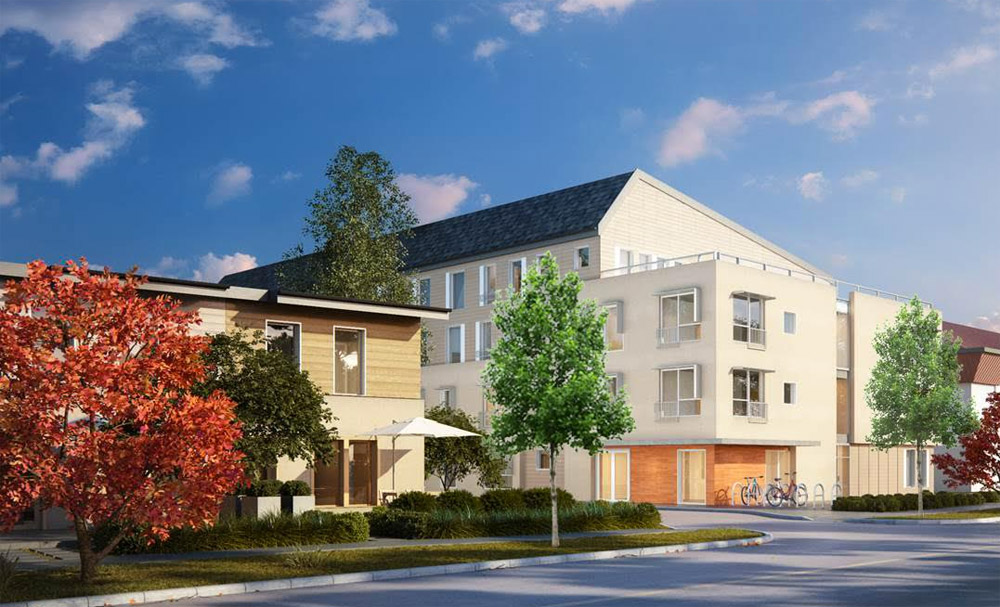