Two nearly completed rental complexes along the 700-block of Treanor Road at Millstream Road in Langford have been acquired by BC Housing. The buildings are in their final stages of construction with occupancy expected in the coming weeks.  Citified.ca

rentals, West Shore
More affordable rentals on the Westshore: BC Housing acquires two newly built Langford apartment complexes
MIKE KOZAKOWSKI, CITIFIED.CA
Updated on February 8, 2019, to identify CRD Housing as the operator of the two buildings.
A duo of nearly completed Westshore apartment buildings have been purchased by BC Housing, Citified has learned.
The move comes as the latest property acquisition on Greater Victoria's affordable housing front and will increase the region’s stock of below-market rental suites by over 150-units.
Rising to seven-storeys along the 700-block of Treanor Road at Millstream Road in Langford, the two woodframed lowrises are in the final stages of construction and will feature layouts spanning two and three-bedrooms.
Initial occupancy is anticipated in the coming weeks.
Reached for comment regarding the acquisition, a BC Housing representative confirmed to Citified that details pertaining to the purchase will be released next week.
However, Citified has confirmed CRD Housing is the organization handling the management of the buildings.
Known as Millstream Ridge and developed by Campbell River-based Seymour Pacific Developments, the two complexes have been underway since early 2018 and form the first phase of a mixed-use residential and retail development earmarked for Millstream Road and Treanor Road intersection north of Langford's big-box shopping district that includes Costco, Home Depot and Best Buy.
News of the purchase comes amid the province announcing plans to build 124-units of affordable housing along the 300-block of Wale Road in Colwood. The six-storey proposal will provide much needed housing for Indigenous families on the Westshore with occupancy expected by late next year.
“We know from our intensive work to address long-standing housing issues in B.C. that the struggle to find a good home can be even greater for Indigenous peoples who are overwhelmingly over-represented among people in B.C. experiencing homelessness,” said Mitzi Dean, MLA for Esquimalt-Metchosin. “That’s why we are partnering with Indigenous organizations and municipalities throughout the province to build the homes that Indigenous families need in our community and at prices they can afford.”
Victoria’s Westshore is in the midst of a rental housing building boom with numerous apartment buildings underway and several having recently welcomed their first tenants.
By 2021 some 2,000 apartments will have been added to the western suburbs' rental pool since 2017, a push that will help alleviate housing pressures facing the entire south Island.
Among them and in addition to the two Millstream Ridge buildings are multiple affordable housing initiatives currently under construction that include the 82-unit Helios in Colwood, the 42-unit Knox Centre in Sooke, 330 Goldstream Avenue in Langford with 102-units and 731 Station Avenue with 60-units, also in Langford. C
Receive Citified's timely real-estate news straight to your inbox. Sign up for our newsletter. 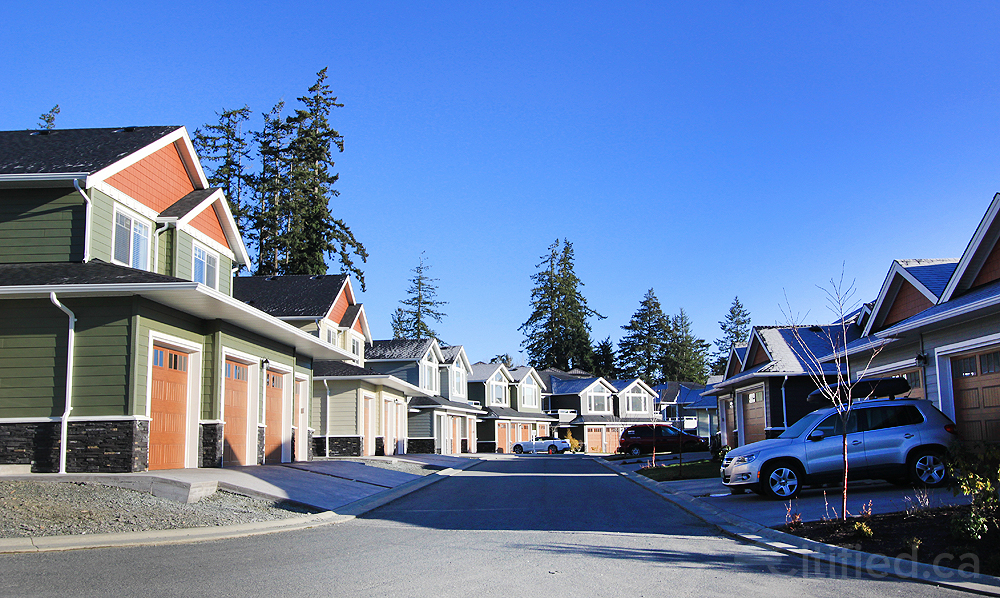