commercial, Urban core
Merridale distillery and restaurant to open at Dockside Green by mid-2019
MIKE KOZAKOWSKI, CITIFIED.CA
A Victoria location of Merridale Cidery & Distillery is slated to open along Harbour Road at Vic West’s Dockside Green development by mid-2019, Citified has learned.
Planned for a parcel between the headquarters of Farmer Construction and Dockside Green’s wastewater treatment plant, the 12,000 square foot LEED Gold-designed complex will facilitate the distilling of Merridale’s line of spirits alongside a 40-seat ground floor restaurant with an (approximately) 40-seat seasonal rooftop terrace. A tasting bar, fronting onto Harbour Road, will offer growler fills and a retail merchandising component.
The distillery will incorporate the use of vapour scrubbers that eliminate 80% of odours created through the distilling process. A green roof and landscaping along the perimeter of the building and its surface parking lot will complement Dockside’s existing landscaping measures along Harbour Road.
Based in the Cowichan Valley, Merridale Cidery & Distillery is Vancouver Island’s largest producer of cider, and in recent years the company has expanded into the liquor distilling industry with Island-inspired lines of gin, vodka, whiskey, cognac and brandy.
The Merridale proposal, developed in partnership with Victoria-based Purdey Group, will be the first development undertaking at the multi-phased mixed-use residential, office and retail community since a revised concept received municipal approvals in 2016.
Following a development hiatus since 2009, land owner VanCity Savings Credit Union installed a new management team some three years ago to oversee the project and to pursue changes to Dockside’s original vision approved circa 2003. One of the first goals under Dockside’s new management was the construction of a 51-unit two-building affordable housing development due for occupancy by late 2017.
At build-out, Dockside Green will encompass 1,500 residences throughout multiple highrise and lowrise buildings. Offices, a possible hotel and retail spaces will round out the development’s offerings. C

Construction starts on $48.5-million Centre for Health and Wellness at Camosun College 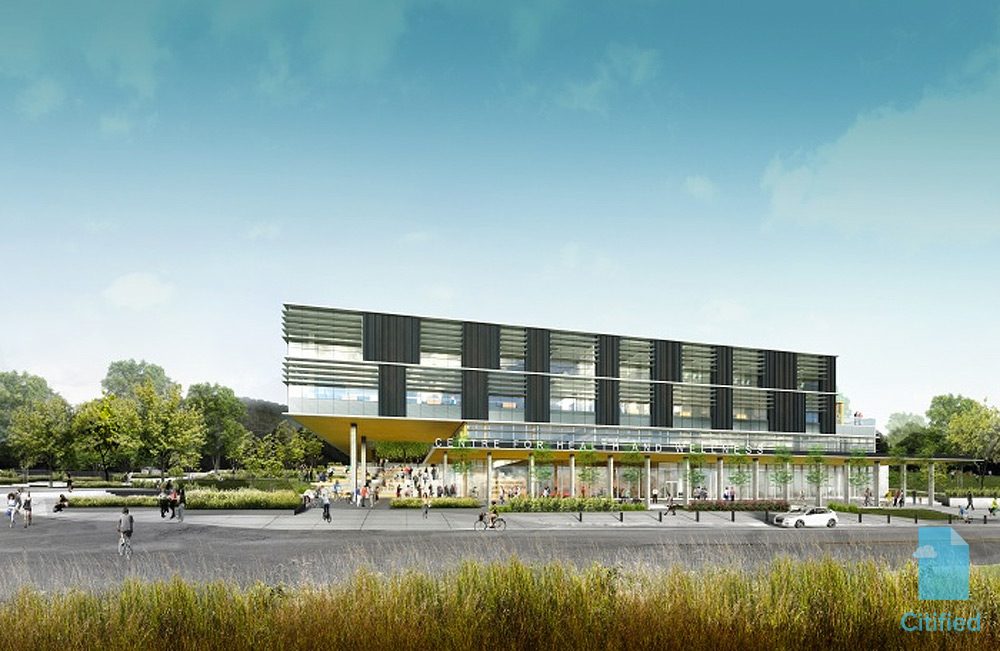