Langford Central (pictured) and Langford Gateway, a duo of proposals along the 2700-block of Peatt Road, could deliver over 700 residences to downtown Langford and tens of thousands of square feet of office space, plus retail units. Their proponents are pursuing approvals for multiple towers at heights of up to 24-storeys.  Jagpal Development

commercial, condos, offices, West Shore
Tall towers with office space and over 700-units of residences proposed for downtown Langford
MIKE KOZAKOWSKI, CITIFIED.CA
Highrise condominium towers rising as tall as 24-storeys have been proposed for downtown Langford along the city’s Peatt Road corridor.
Surrey-based Jagpal Developments is pursuing approvals for what may become a duo of residential blocks standing 24 and 19-storeys tall, known as Langford Central, with 271 residences between the 2700-blocks of Peatt and Scafe roads. A four-storey office building amid the towers is also proposed, together with ground floor retail spaces and a daycare facility.
Further to the north Langford Gateway Developments has proposed a three or four-building development dubbed Langford Gateway on Peatt Road at Arncote Road. Gateway's towers could stand as tall as 22-storeys and comprise of 456 residential units, collectively. Retail, offices and childcare uses are envisioned in addition to residences.
Langford Gateway is planned as a two-phased build, where the initial phase will include a 22 and 18-storey component at a density of 269 homes. Retail space and a daycare would front Peatt and Arncote roads. Phase two’s details will be determined at a future date, according to the developer, at building heights starting with 13-storeys.
Collectively the proposals, if approved, will deliver the tallest buildings on the West Shore and over 700 condominium homes targeted at mid-market purchasers. Both Langford Gateway and Langford Central are in the rezoning stage of the planning process and have public hearings planned for this fall.
Langford’s absorption of residential density on the south Island has outpaced all municipalities on a per-capita bases, with several thousand units of rental, condominium, townhome and single-family-dwelling homes constructed over the last five-years amid an amplified shortage of new-build housing inventory in Greater Victoria.
Langford's mayor Stew Young has reaffirmed in recent weeks his council's and the community's commitment to delivering more housing as demand continues to outstrip available supply.
Condominiums in particular have drawn purchasers west that traditionally targeted Victoria’s core for high density or multi-unit housing, with pre-sale offerings such as Ledcor Property Development’s #myBelmont community top-of-mind among buyers, and upcoming entrants such as The Lookout from Aquila Pacific (near Bear Mountain's southwestern approach) garnering attention from purchasers receptive to West Shore offerings. C
Receive Citified's timely real-estate news straight to your inbox. Sign up for our newsletter, and connect with us on Facebook: 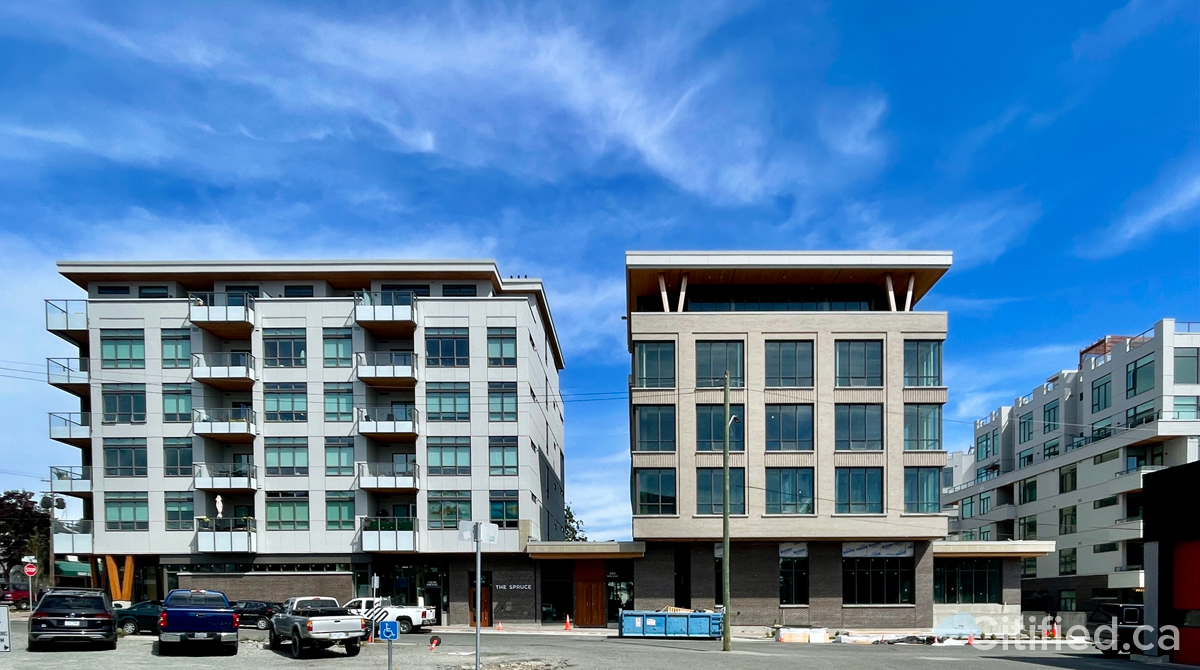