A rendering of 736 Princess Avenue, a proposal before the City of Victoria for a mixed-use retail, office and residential building. The John Howard Society intends to utilize the building as a new model for its restorative justice services.  Hartwig Industries

commercial, offices, rentals, Urban core
John Howard Society half-way house and support services planned for Princess Ave. north of downtown Victoria
MIKE KOZAKOWSKI, CITIFIED.CA
A formerly stalled proposal for a rental building containing 75-units of workforce micro-housing has been revived as a mixed-use commercial, office and residential complex for the John Howard Society.
736 Princess Avenue is back before municipal planners as a mixed-use retail, office and transitional housing project catering to the society’s operations with a street level café on the ground floor, space for employment and education programs on level two, and office space on the third floor along with support services for clients. Levels four-through-six will be comprised of nearly 30 furnished micro suites sized at approximately 300 square feet.
Proponent Gerald Hartwig of Hartwig Industries describes the John Howard Society’s mission as “assisting individuals, families, youth and adults with programs and services focused on employment, housing, mentorship, and restorative justice.” 736 Princess Avenue is one of the first such projects undertaken by the society.
The residential units are intended for half-way housing catering to individuals re-entering the community following a conditional release from a correctional facility. Each residence will be equipped with a bathroom and a kitchenette, with shared amenities like laundry, a gathering space and a counselling room on each residential floor.
Eight parking stalls will be situated on the ground level.
Hartwig is applying to rezone the property from limited light industrial to a zoning permitting residential usage.
The prior concept, at the hands of Victoria-based development firm Large & Co., faced opposition from City Hall on several fronts. Chief among them was the contrast between the City’s desire to concentrate commercial and industrial activities north of downtown Victoria (between Chatham and Bay streets) in lieu of expanding the city centre’s residential density outside of downtown-proper and Harris Green.
Municipal staff also described the volume of housing as too high at 75-units, and the building’s low share of commercial space as not in keeping with the neighbourhood’s vision. The City’s lukewarm response saw the application nixed in 2018.
Large & Co.’s proposal was not the only project to face opposition in the immediate area, however.
Developer Ian Laing of Laing Properties saw his vision for 2300 Douglas Street, planned as a mixed-use rental and commercial building, fail to generate sufficient support from the municipality for the reasons outlined above.
Laing’s six-storey building has since been cancelled and the land put up for sale. C
Receive Citified's timely real-estate news straight to your inbox. Sign up for our newsletter. 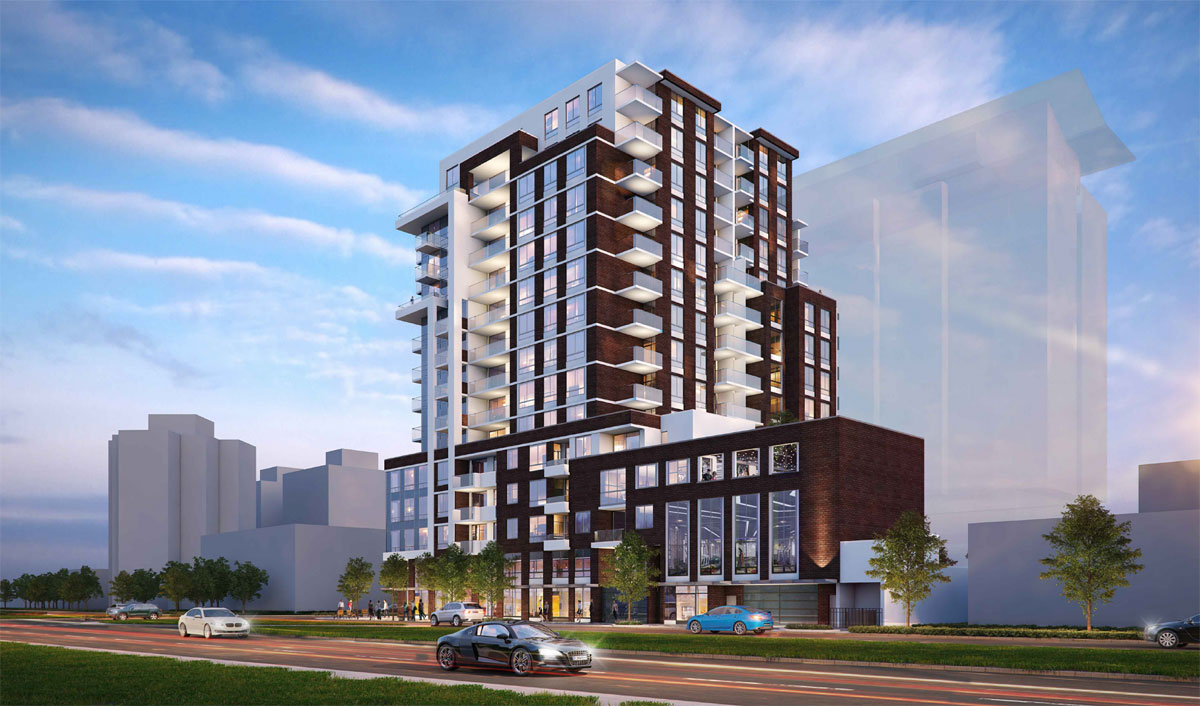