A rendering of Hudson Place Two, which is now underway at 1700 Blanshard Street between Fisgard and Herald streets. The 23-storey rental tower will rise adjacent to the newly completed Hudson Place One condominium tower that stands at Vancouver Island's tallest building.  Townline

commercial, rentals, Downtown Victoria
Construction starts on 23-storey Blanshard Street rental tower; marks final phase of downtown's Hudson District
MIKE KOZAKOWSKI, CITIFIED.CA
Construction has begun on the final phase of downtown Victoria’s Hudson District and what will measure up as Victoria's second-tallest building.
Hudson Place Two – a 23-storey rental tower comprised of nearly 250 residences and 8,300 square feet of commercial space – has progressed to an active construction site following the completion of its 25-storey counterpart, the Hudson Place One condominium tower, which received occupancy earlier this summer.
At 72 meters in height, Hudson Place Two will rise above Victoria’s tallest towers from its perch at 1700 Blanshard Street, save for the 85 meter tall Hudson Place One. However, due to an elevation change between the two Hudson Place towers, both will appear similar in height on the city skyline.
The Hudson District has been in development by Vancouver-based Townline since mid-way through the 2000s, and began with the restoration of the Hudson’s Bay Company department store on Douglas Street between Herald and Fisgard streets. The repurposing completed in 2009 as The Hudson and yielded 152 condominium residences along with two additional floors set back on the building’s eastern edge.
By 2014 the community’s second phase saw Hudson Mews rise along the 700-block of Fisgard Street behind The Hudson with 120 rental apartments and a commercial level, all across 12-storeys.
Hudson Walk One and Two, constructed as 16 and 15-storey towers in 2016 and 2017, respectively, joined the District on a property that was formerly excavated for what had been planned as a 13-storey office tower and a 17-storey condominium before that project fell into financial trouble. Between the two Hudson Walk towers, a further 284 residences were added to the District.
Earlier this year Hudson Place One, the second condominium effort at the District, delivered a 176-suite luxury tower standing over 777 Fisgard Street as Vancouver Island’s tallest building with move-in ready homes now selling.
Excavation for Hudson Place One included the eventual footprint for Hudson Place Two and gives the District’s final phase a leg up on its progress.
Once completed in 2022, Hudson Place Two will push the District’s total residential density to 967-units.
Developer Townline has been busy with multiple efforts throughout the region in addition to its highrise pursuits at the Hudson District.
In planning along the 900-block of Pandora Avenue is a 16-storey rental tower on the site of the recently demolished SDA Church and an adjacent print shop. Meanwhile on the West Shore, Townline's affordable housing subsidiary is nearing the completion of the second phase of affordable rentals along Goldstream Avenue which follows the completion of a rental complex along Sooke Road across from the Royal Roads University campus, and the first phase of apartments along Goldstream Avenue known as Oak Park.
Townline also constructed Wilson's Walk in 2016, an affordable rental mid-rise on Wilson Street in Victoria West, and overtook the completion of an adjacent building that was initially constructed as a condominium some 15-years-ago. C
Receive Citified's timely real-estate news straight to your inbox. Sign up for our newsletter. 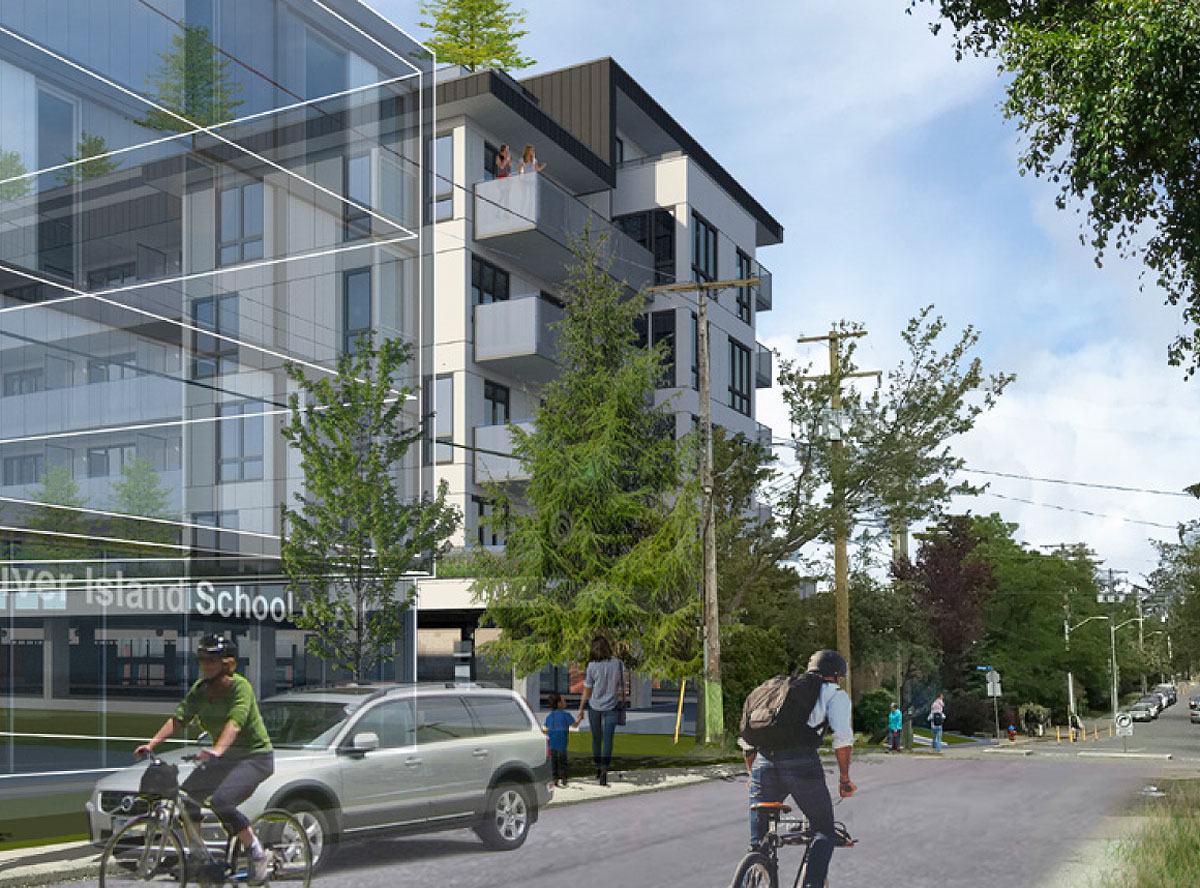