Hudson Place Two (left), the 23-storey final phase of downtown Victoria's Hudson District, is proposed to rise along Blanshard Street between Fisgard and Herald streets. The tower will be situated adjacent to the 25-storey Hudson Place One condominium tower (right) currently under construction and destined to become Vancouver Island's tallest building.  Townline

commercial, condos, rentals, Downtown Victoria
23-storey residential tower unveiled as final phase of downtown Victoria's Hudson District
MIKE KOZAKOWSKI, CITIFIED.CA
The last phase of downtown Victoria’s mixed-use Hudson District residential and retail community has been unveiled by developer Townline.
Rising to 23-storeys with a planned 235 apartment and condominium suites, the 72-meter-tall tower (dubbed Hudson Place Two) will follow Townline’s 25-storey Hudson Place One, a 178-suite condominium currently under construction immediately to the west of Hudson Place Two’s future footprint.
Bordered by Douglas, Fisgard and Blanshard streets and Caledonia Avenue, the two block-wide Hudson District has emerged as a thriving new neighbourhood in the city centre presently comprised of 404 purpose-built rentals among three towers and 152 condominiums in the former Hudson’s Bay Company department store, a transformed 1921-built historic landmark for which the District takes its name and home to the artisan-inspired Victoria Public Market.
With the addition of Hudson Place One and Two, the Hudson District’s total residential density will yield nearly 970-units and mark the completion of one of Victoria’s largest urban renewal projects (underway since 2007).
Justin Filuk, Townline’s director of development for Victoria, says the last phase of the Hudson District is both an opportunity to reflect on and celebrate the revival of downtown Victoria’s northern quadrant and is exemplary of the positive impact new, dense housing development can have on both businesses and the resurgence of a vibrant downtown core.
“The Hudson District has come to represent a northern gateway landmark to downtown, and after a decade of transition its social, economic and cultural impacts are something the community can truly quantify and celebrate.” says Filuk, adding that the variety of housing types introduced at the Hudson District, together with its retail make-up, “reflect the City of Victoria’s strategic plan for greater housing densities in the core that adopt a mixed-use approach to new construction.”
The City’s push for greater housing densities in the downtown core, Filuk notes, has also emerged as a lifestyle choice that not only spans the entire age spectrum but is equally as attractive to families as it is for single young adults.
“The desire and popularity of an urban downtown lifestyle in Victoria has increased immensely over the past ten years. Residents of all ages and lifestyles have embraced it as a convenient place to live, work and play, and we are proud to be part of this civic evolution,” Filuk said. “It’s been a long process for our company to move forward and rationalize projects of this scale in Victoria, and with our application submitted for the second Hudson Place tower, we are one step closer to the completion of this exciting urban village.”
With Hudson Place One destined to become Vancouver Island’s tallest building at a height of 85-meters, the Hudson District’s role as an integral component of downtown’s northern gateway will be further emphasized through Hudson Place Two’s near-identical skyline height, thanks to the site’s higher elevation along Blanshard Street. Together the near-twins will stand as complimentary architectural statements marking the transition between the cultural and business focal point of the region and the traditional neighbourhoods that lie to the north.
As the 25-storey tower begins its climb above Herald Street, Townline anticipates an early 2020 completion. Site excavation of the subsequent 23-storey phase – with a low-rise podium fronting onto Blanshard Street – is currently underway well ahead of its anticipated construction start date that will more closely align with Hudson Place One’s completion.
Hudson Place Two’s unit make-up will focus on smaller, efficient and functional floorplans. In contrast to Hudson Place One’s larger residences, the last phases’s studio, one and two-bedroom suites are likely to draw interest from both the investor market and first-time purchasers.
Despite Townline’s full roster at the Hudson District, the company is also planning a 16-storey rental tower along the 900-block of Pandora Avenue and is involved in the construction of multiple affordable housing projects under its TL Housing Solutions subsidiary that include the 82-unit, four-storey Helios affordable rental building under construction along Sooke Road in Colwood and the recently completed first phase of Oak Park, a 73-unit affordable rental complex along Goldstream Avenue in Langford.
TL Housing Solutions delivers its innovative, non-market housing options through partnerships that include Pacifica Housing Advisory Association, BC Housing, the Canadian Mortgage and Housing Corporation and municipalities. In addition to Helios and Oak Park’s first phase, in planning are several additional buildings that upon completion will yield a further 321 below-market residences in the City of Victoria (Crosstown, phase 1; 496-498 Cecelia Road) and in Langford (Oak Park, phase 2). C
Receive Citified's timely real-estate news straight to your inbox. Sign up for our newsletter. 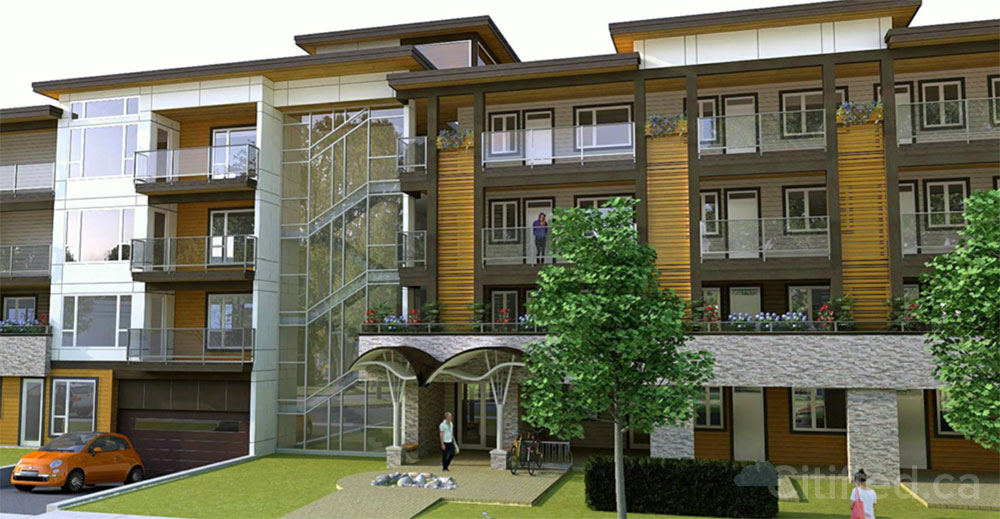