Hudson Brewhouse & Distillery is on track to open this fall at downtown Victoria's Hudson District with a brewery, liquor distillery, tasting room and full-service restaurant on Blanshard Street at Caledonia Avenue kitty-corner from the Save-On-Foods Memorial Centre.  Google

commercial, rentals, Downtown Victoria
Hudson Brewhouse & Distillery opening soon kitty-corner from Save-On-Foods Memorial Centre
MIKE KOZAKOWSKI, CITIFIED.CA
Plans to open a microbrewery, distillery and restaurant at downtown Victoria’s Hudson District are coming to fruition four years after Victoria publican Grant Turner set out to open a new establishment kitty-corner from the Save-On-Foods Memorial Centre.
Hudson Brewhouse & Distillery is scheduled to welcome patrons this fall after a lengthy planning and municipal permitting process stemming back to 2017 when Turner, a partner at Yates Street Taphouse in the 700-block of Yates Street, unveiled his concept for a second location.
“I’m pleased to confirm that we’re well into our construction phase at Hudson Brewhouse and anticipate the delivery of our brewery equipment on June 30th,” Turner said, adding that the operation is expected to be commissioned by the end of July.
The brewery will occupy 7,000 square feet at developer Townline’s Hudson Walk Two residential tower overlooking the Blanshard Street and Caledonia Avenue intersection with on-site beer brewing and liquor distilling, a tasting room and a 325-seat full service restaurant.
Centred on the home of the Victoria Royals Western Hockey League franchise, downtown Victoria’s northern fringe was hit hard by the COVID-19 pandemic that forced the cancellation of sporting events, concerts and large-format events area businesses relied on.
Last month the Douglas Street White Spot, which operated as one of downtown Victoria’s oldest restaurants and a favourite stopover among hockey fans or concertgoers, announced it would not re-open from its pandemic-induced closure. Since its closure Chard Development has confirmed its purchase of the restaurant lands with an eye to future redevelopment, albeit leaving a present day gap in north downtown’s food and beverage offerings.
Meanwhile, 2019’s re-fresh of Paul’s Diner immediately across the street from White Spot was short-lived due to the pandemic. In early 2020 the Paul’s Motor Inn complex on Chatham Street at Douglas Street and its adjacent diner space were purchased by the province for use as a housing facility for individuals experiencing homelessness. This included the displacement of Paul’s Diner with its premises leased to a non-profit prepared meal distributor.
The north downtown restaurant shake-up leaves Turner and his brewery as an ideal pre and post-event meeting place, and he’s ready to take on the challenge.
“This really is a unique opportunity to be situated so close to the arena, and despite the delays, despite all of the problems that were related to the pandemic, the changes to liquor licensing, the time it took to get the permitting from the City of Victoria and to make this all come together, Hudson Brewhouse is going be as positive an addition to downtown Victoria as we always envisioned it to be,” Turner says.
By the time the restaurant opens to diners in October, seven in-house beers will be available from Hudson’s taps, including the ‘Big Tasty’ lager currently available at Yates Street Taphouse, but the plan is to sell a comprehensive variety of local beers. And prior to the restaurant’s arrival the tasting room will serve visitors in September just one month following the brewery’s ramp-up. The liquor distillery is expected to be ready by late 2021.
Hudson Brewhouse & Distillery will also present the community with a unique way to invest in a local venture through Vancouver-based FrontFundr, an organization that enables investors to share in the equity of a business.
Turner says an initial offering is anticipated to raise 20% of the brewery’s capital, and will follow in the footsteps of Macaloney's Caledonian Distillery & Twa Dogs Brewery in Saanich that tapped into a shared equity funding model. C
Receive Citified's timely real-estate news straight to your inbox. Sign up for our newsletter, and connect with us on Facebook: 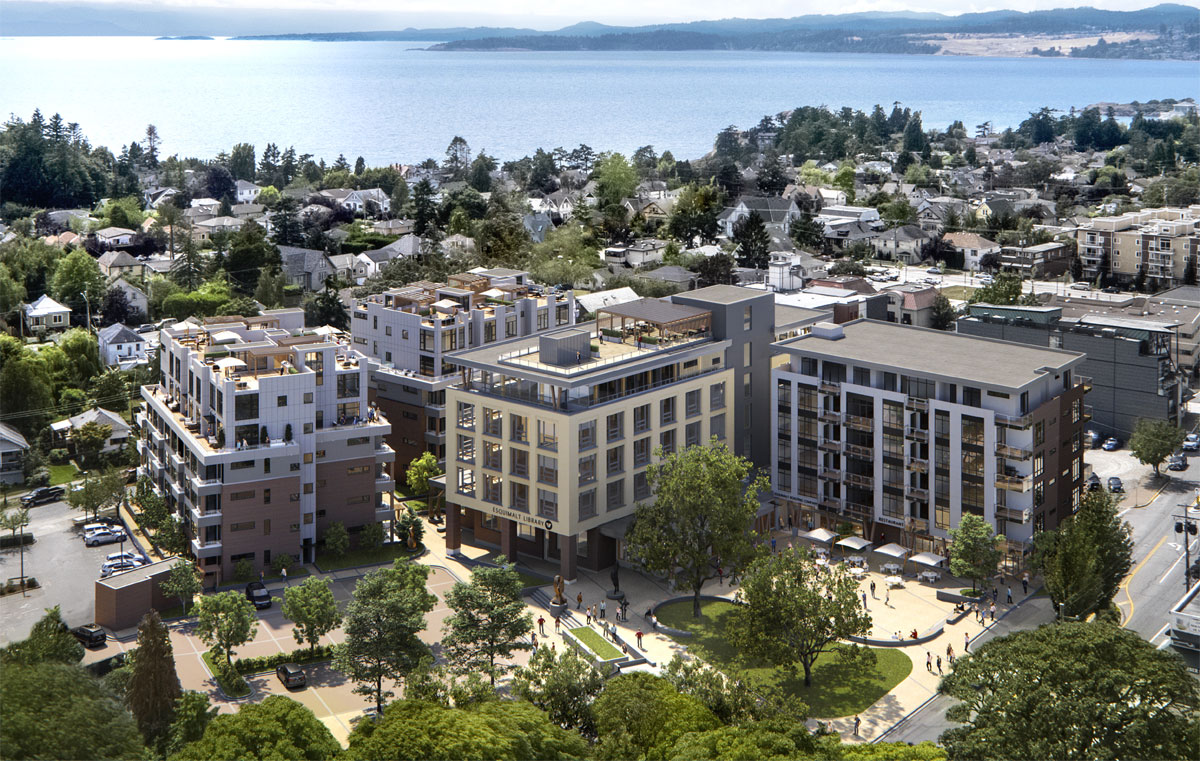