An aerial view of the 1600-block of Douglas Street at Caledonia Avenue along the downtown Victoria-Burnside-Gorge border. A paternship between Chard Development and BC Housing has envisioned nearly 500-units of cross-spectrum rental and condominium housing on three properties in the 700-blocks of Caledonia Avenue and Discovery Streets, plus 90-units of supportive homes. A full-service grocery store and over 41,000 square feet of office space are also planned.  Google/Citified.ca

Chard Development and BC Housing are reportedly on the eve of submitting an application to the City of Victoria seeking approvals for the redevelopment of White Spot Restaurant’s former location on Douglas Street at Caledonia Avenue, and the adjacent City Center Hotel complex on Douglas Street at Discovery Street.

Plans call for three distinct residential buildings offering a mix of workforce (below-market) rental apartments, market rental residences and condominiums. Approximately 500 suites will be situated within buildings at heights expected to range from 16 to 21-storeys, while a separate property currently occupied by surface parking and situated on the north side of Discovery Street will accommodate an approximately 90-unit supportive housing facility that will replace temporary housing units currently contained within the City Center Hotel.

Although the proposal is in its infancy, architectural drawings expected to go before the City later today or next week will depict a significant transformation of the White Spot and City Center properties with a comprehensive ground floor retail presence anchored by a 31,000 square foot full-service grocery store, and an expansive 9,000 square foot public plaza aligned with two blocks of mid-block carriageways through the neighbouring Hudson District.

Serving as a book-end for Victoria’s downtown core and as the gateway to the burgeoning Burnside-Gorge neighbourhood, Chard and BC Housing’s concept appears slated to serve as the focal point in an area earmarked for significant densification over the coming decade as more housing emerges on nearby parcels formerly used for light industrial and commercial purposes.

With a full-service grocery store planned for the site – and Chard’s commitment to a cross-spectrum supply of new-build housing – the proposal aligns with parallel efforts at the hands of multiple developers each considered to be taking part in the early stages of a northern expansion of downtown. These include Nicola Wealth’s recently approved rental project between the 600-blocks of Herald and Chatham streets at Government Street, Le Fevre Group’s newly-built Ironworks condominium on Chatham Street at Store Street, and Reliance Properties’ pending redevelopment of the Capital Iron lands between the waterfront and Government Street along Chatham Street.

Currently underway along the downtown-Fernwood border at Cook and Johnson streets is Haven, Chard Development’s below-market homeownership opportunity partnered with BC Housing to assist purchasers with their down payment obligation. The studio, one, two and three-bedroom project features a collection of 104 residences in a six-storey design anticipated to complete by late 2023.

Haven builds on Chard Development’s inaugural partnership with BC Housing at Vivid, a sold-out 20-storey condominium tower in the 800-block of Johnson Street, that targeted first-time buyers as part of the provincial agency’s mandate to assist individuals with the transition from home rentals to homeownership.

BC Housing has responded to Greater Victoria’s home affordability challenges with a number of projects earmarked for all segments of the rental housing industry, including programs to assist individuals working in the Capital to enter the real-estate market through down payment initiatives and financing arrangements for developers that in turn provide attainable price points. The organization is currently involved with the delivery of below-market and supportive homes in the neighbourhoods of downtown Victoria, Vic West, Fernwood, Fairfield and Burnside-Gorge, and in multiple south Island municipalities like Sooke, Saanich, Langford and Central Saanich. C 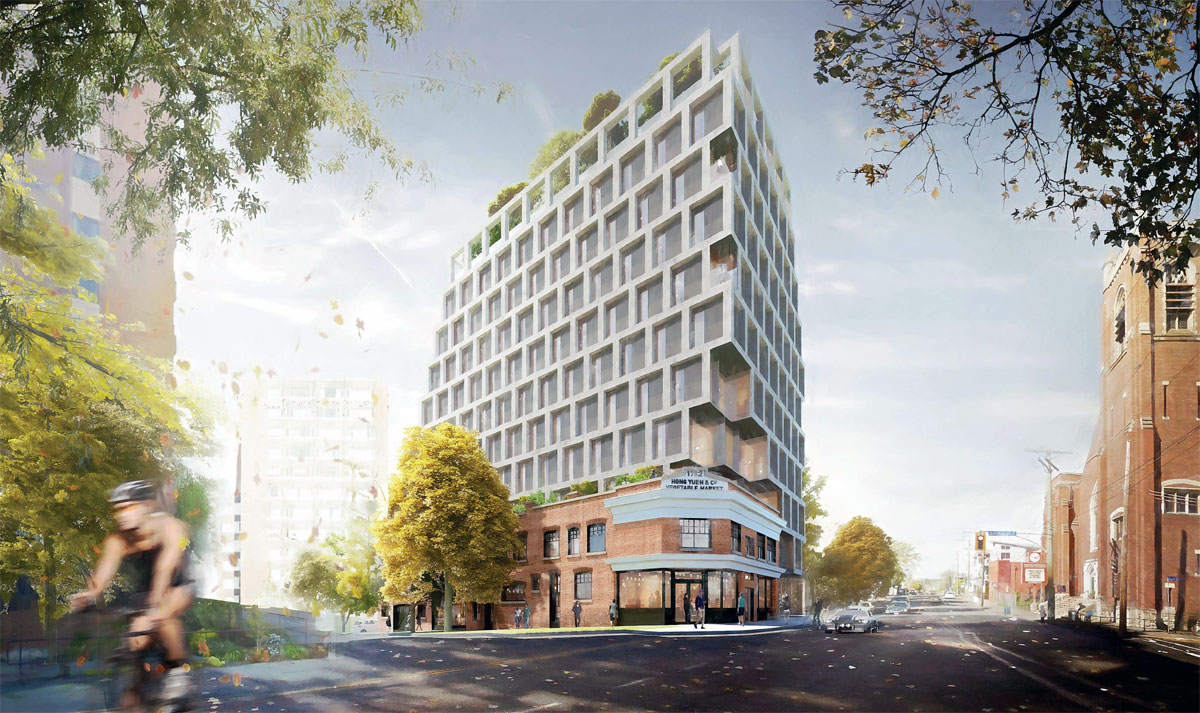