Uptown Shopping Centre's Uptown Boulevard, which spans between the north and south ends of the shopping plaza. Phase 4, a highrise residential tower with retail spaces, is destined for a vacant parcel at the northern tip of Uptown Boulevard, seen at-left.  Shape Properties

commercial, condos, rentals, Urban core
Final phase of Uptown Shopping Centre re-envisioned to align with Saanich's new Uptown-Douglas Plan
MIKE KOZAKOWSKI, CITIFIED.CA
New plans for the final phase of construction at Uptown Shopping Centre have emerged as Saanich’s appetite for more housing and a desire for higher densities along upper Douglas Street are changing development proposals in the District’s core.
Shape Properties, which overtook Uptown’s management, leasing and development services from Morguard in 2017, is pursuing amendments to the mall’s fourth development phase which received municipal approvals several years ago in the form of an 11-storey mixed-use tower with ground floor retail spaces and approximately 130 rental suites.
The updated proposal, Shape Properties confirms, is being adapted to Saanich’s newly-minted Uptown-Douglas Plan that spans from the shopping plaza to Tolmie Avenue while a similar vision has been embraced south of Tolmie Avenue within the City of Victoria.
“In response to the changing market, the needs of the community, the recent Saanich Housing Needs Report and the Uptown-Douglas Plan, we have evolved our plans to align with the District of Saanich’s planning objectives,” says Shape Properties’ Marketing Director, Tamara Tasaka. “We’re thankful for the hard work that has gone into the [Uptown-Douglas Plan] and we’re excited to help fulfill the District of Saanich’s dynamic vision.”
Although revised architectural plans have yet to be released, Shape’s concept for the residential tower now includes roughly 300 residential units across some 20-storeys, a significant jump in housing and height compared to the earlier design. Originally some 55,000 square feet of retail space was included along the building’s ground level fronting onto Uptown Boulevard. This retail make-up is likely to remain similar moving forward.
With building heights up to 24-storeys now permitted by Saanich in the Uptown area, Tasaka says Shape’s updated proposal will work within the new guidelines.
“While the new design calls for more homes than initially approved in 2016, this density and height are already accounted for in the Uptown-Douglas Plan, which has been endorsed by council. Currently, the design of the building for our Development Permit is in progress as we gather feedback through our public consultation.”
Tasaka says changes to the original proposal may yield condominiums in lieu of rental apartments, although that decision has not been finalized.
Construction timelines and an estimated occupancy period for the shopping centre’s final phase will be released following community feedback sessions and municipal approvals. Individuals interested in participating in engagement with Shape Properties are encouraged to connect with the developer here.
Meanwhile, plans are afoot to redevelop the southern-most tip of the Uptown block into a two-storey commercial complex. The 7,400 square foot parcel overlooking the Douglas Street and Saanich Road intersection was formally the site of a gas station, and has remained vacant for over a decade.
According to documents submitted to the District of Saanich, the proposed building – featuring pharmacy and retail spaces at street level with offices above – will occupy the western half of the property designated as 3415 Douglas Street, while nine parking stalls and a driveway entrance off Saanich Road will absorb the remainder of the space.
Further south along Douglas Street, Aryze Developments is in the early stages of a mixed-use residential and retail development on the Island Outfitters property on Douglas Street at Cloverdale Avenue. The project is anticipated to contain a large volume of residences, which are likely to hit the market as rentals.
On the Victoria side of the Saanich-Victoria border along Douglas Street, developer Mike Geric Construction is building Tresah, the Island’s first mass timber-designed condominium tower. Tresah is the largest residential project to emerge as part of Victoria’s burgeoning Mayfair District centred on Mayfair Shopping Centre on Douglas Street at Finlayson Avenue. Sales of Tresah’s suites have been strong, with more information on the project available on Tresah’s Citified profile. C
Receive Citified's timely real-estate news straight to your inbox. Sign up for our newsletter, and connect with us on Facebook: 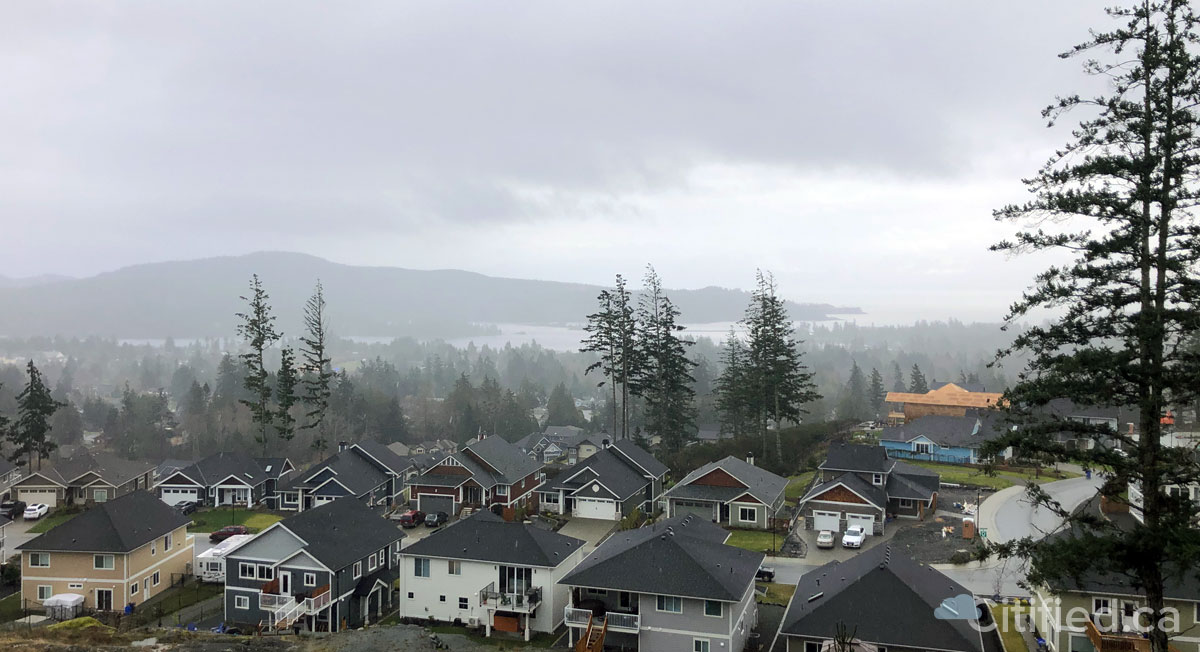