An artist's rendering of 505 Quadra Street, a proposal for an 83-unit purpose-built rental complex and four townhomes spanning a block of Quadra Street between Convent Place and Southgate Street.  Analogue Projects

rentals, townhomes, Urban core
Developer seeks to replace aging 34-unit rental complex with 87 new-build rentals
CITIFIED.CA STAFF
A new-build purpose-built rental complex is poised to replace an aging four-storey rental building and two single-family-homes along the 500-block of Quadra Street.
Envisioned by Victoria-based Analogue Projects for three parcels at 505 and 521 Quadra Street (between Convent Place and Southgate Street) is a six-storey apartment with 83-units of one and two-bedroom homes sized between 539 and 1,007 square feet.
Four three-level townhomes each totalling 1,671 square feet are planned for the north end of the property along the 900-block of Convent Place.
A single level of underground parking will connect both project components.
To make way for the development, the 34-unit 1970’s-era Beacon Arms apartment building will need to be demolished, a requirement that has spurred several City of Victoria councillors to call for a moratorium on replacing the City’s stock of older apartments with higher density new-build housing options.
Despite the overall proposed unit count on the combined properties more than doubling at a time when the region is facing a rental housing undersupply, the proposal has been met with early opposition from members of the community and housing advocates. C 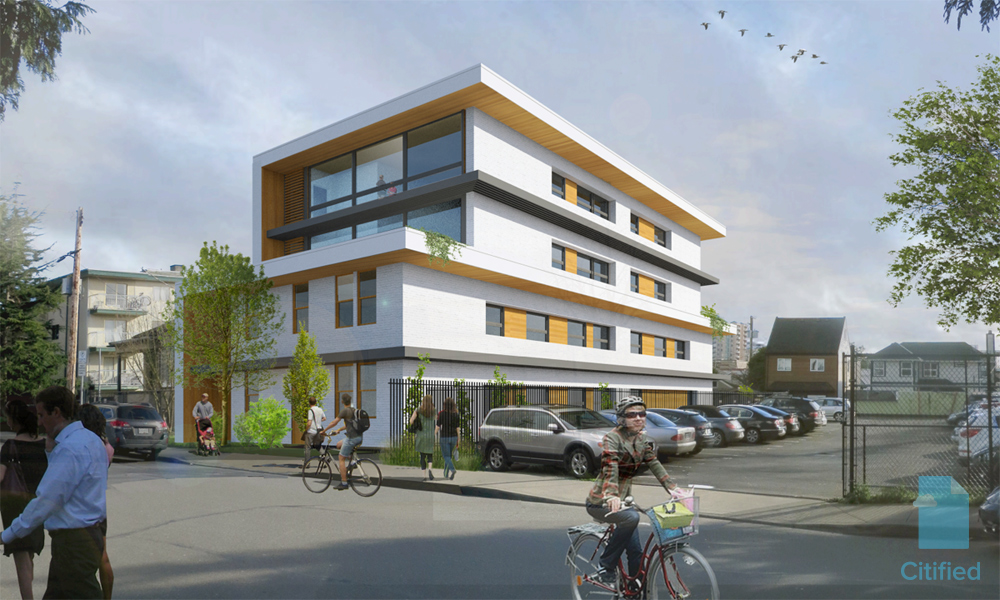 The Parsons at Brentwood