An artist's rendering of a luxury penthouse residence situated atop the upcoming Customs House development now rising on Government Street at Wharf Street in downtown Victoria's Old Town district. The record-setting price paid for the luxurious 4,420 square foot suite was $10.8 million, a figure millions of dollars above the second and third most expensive condominiums to sell in the Capital Region and on Vancouver Island.  Cielo Properties

commercial, condos, Downtown Victoria
$10.8 million Old Town condo purchase launches Victoria real-estate values to new heights
MIKE KOZAKOWSKI, CITIFIED.CA
The purchase of a yet-to-be-built Old Town condominium residence will forever change the lens through which Victoria’s residential real-estate offerings are perceived.
That is the sentiment shared by the team responsible for brokering last weekend’s record-setting pre-sale transaction already reverberating across the continent.
Firmly the most expensive condominium ever sold in the B.C. Capital and across the expanse of Vancouver Island, the Customs House development’s 4,420 square foot ultra-opulent penthouse has fetched a blindsiding $10.8 million, an achievement that not only underpins the demand for local real-estate but speaks to the region’s appeal before a worldly audience.
“The acquisition of a penthouse on Vancouver Island valued at over $2,400 per square foot has set off a beacon in real-estate offices across the continent,” says Craig Anderson, director of marketing and sales of Vancouver-based real-estate marketing firm Magnum Projects.
“An investment of this magnitude and by someone considered highly influential among his peers is a statement on Victoria’s coming-of-age as a cosmopolitan city much in vogue among well-heeled buyers looking for a safe, welcoming and culturally refined place to settle down in their retirement years.”
Cielo Properties’ Customs House, a luxurious 57-suite project rising to seven-storeys at the postcard-perfect nexus of Government, Wharf and Courtney streets – just steps from The Empress Hotel, the British Columbia Legislature and the Inner Harbour’s causeway – will be home to a who’s-who of residents that include local business persons, retirees and downsizers relocating from Victoria’s tony neighbourhoods.
But exactly who the above mix of future occupants at the city’s most moneyed address will share their elevators with remains somewhat of a mystery.
Out of respect for his client’s privacy, Anderson confirms the individual is a Canadian citizen with business ties to the United States, and that’s about as far as he's willing to go.
“What I can say is the purchaser and his wife have a long-standing affinity for Vancouver Island’s natural surrounds and particularly Victoria with its arts scene, its culinary experiences and its proximity to major centres like Seattle and Vancouver. Those aspects played a key role in the client’s decision to invest in the Customs House project and choose to make Victoria his home.”
Local REALTOR Lynne Sager who represented the buyer also declined to comment on her client’s identity, stating that he “would prefer to maintain a low profile.”
- Article continues below -
Victoria’s high-end luxury condominium market, despite the term being widely misused to describe nearly all of the south Island’s stock of new-build residences, is in actuality limited to only a handful of buildings that got their first foothold with the Shoal Point project in James Bay.
Built by the late David Butterfield in the second half of the 1990’s and into the early 2000’s, the 13-storey oceanfront landmark delivered a collection of apex residences that to this day sell for millions of dollars. And up until last year Shoal Point held the record for the most expensive condominium sold on the Island.
The benchmark residence, a 4,000 square foot pad belonging to music producer and Victoria-native David Foster, went for a whopping $5 million in 2014 (or $5.3 million in today’s dollars).
The purchase that unseated Foster’s unit came three years later in the form of a $6.8 million suite also in Customs House, albeit at just over half the size of the $10.8 million penthouse.
“Victoria’s condominium market saw its top-end valuations double in less than five years, appreciating from what was a head-turning $5 million sale in 2014 to remarkable $6.8 million and $10.8 million acquisitions at Customs House. This is a sign that high value market forces in cities like Vancouver, Toronto, Los Angeles and New York are very much at play in Victoria,” Anderson says.
The Capital’s stately heritage buildings, its globally recognized landmarks and evolving harbourfront are a major tourism draw with millions of visitors setting foot in Victoria each year. Many are left mesmerized by the old world charm seamlessly woven into a bustling urban centre, and they vow to return or, as is increasingly the case, to retire in what some are calling a touch of Europe on Canada’s west coast.
“The term ‘Venice of Canada’ was referenced quite often by our client,” Anderson said. “He remarked how the Old Town and the coastal setting gave Victoria a European feel he could only liken to Venice. And you’d be surprised by how many international visitors draw similar parallels between Victoria and European capitals.”
Built in 1914, the historic Customs House was constructed on the former foundation of the City of Victoria’s 1898 post office at Wharf and Government streets overlooking the Inner Harbour. In the 1950’s a post-modern wing rose along Government Street.
Several years ago Cielo Properties acquired the complex from the federal government with plans to retain the heritage façade of the historic wing while replacing the mid-century addition with a seven-storey lowrise tower.
That addition has since been demolished and construction has begun while the façade of the heritage wing fronting the harbour has been successfully retained and will be re-purposed into the project. The complicated heritage retention work has been on-going since 2016 while excavation for a three-storey underground parkade began in recent months. Completion is slated for the spring of 2020. C
Receive Citified's timely real-estate news straight to your inbox. Sign up for our newsletter. 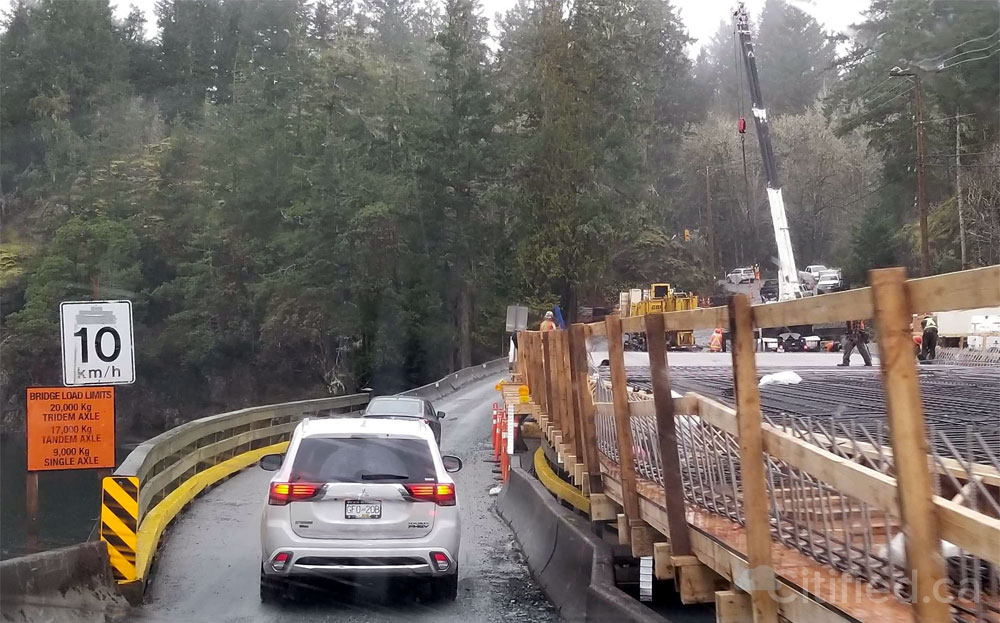