Artist's rendering of a proposal to restore and repurpose the Medical Arts Building property between the 1100-blocks of Pandora Avenue and Johnson Street at Cook Street. The 1950's-era, four-storey office block will be transformed into condos, together with a two-storey height increase, while a four-storey condo will be situated at Johnson and Cook streets.  Amadon Group.

The Medical Arts Building at 1105 Pandora Avenue is the focus of a redevelopment effort by Vancouver-based Amadon Group, Citified has learned.

Plans indicate the developer intends to restore the 1950's-era office and commercial block and transform it into condos, while padding the height with an additional two floors of residences along the north and west wings. On the surface parking lot immediately to the south, at Johnson and Cook streets, a four-storey, woodframe mixed-use condo and commercial building is also envisioned.

The project will encompass just over 70 residential units and approximately 24,000 square feet of ground floor commercial space, a portion of which may be eyed for a small market or grocery store fronting Johnson and Cook streets.

Amadon Group is expected to file a formal application with the City of Victoria this spring. Pending municipal approvals and development permits, construction could get underway by next year.

Across Pandora Avenue at Vancouver Street, Vancouver-based Blue Sky Properties (a subsidiary of Bosa Properties) has received approvals for 1008 Pandora Avenue, a six-storey, 195-unit rental development with a sizable ground floor commercial component. Two blocks south Cox Developments is readying for the marketing launch of its 17- and 15-storey, 205-unit 989 Johnson development on Johnson Street at Vancouver Street. And fronting onto Yates Street on the same block, Alpha Project Development's 17-storey Legato tower is in the excavation phase with a construction start scheduled for this spring. C 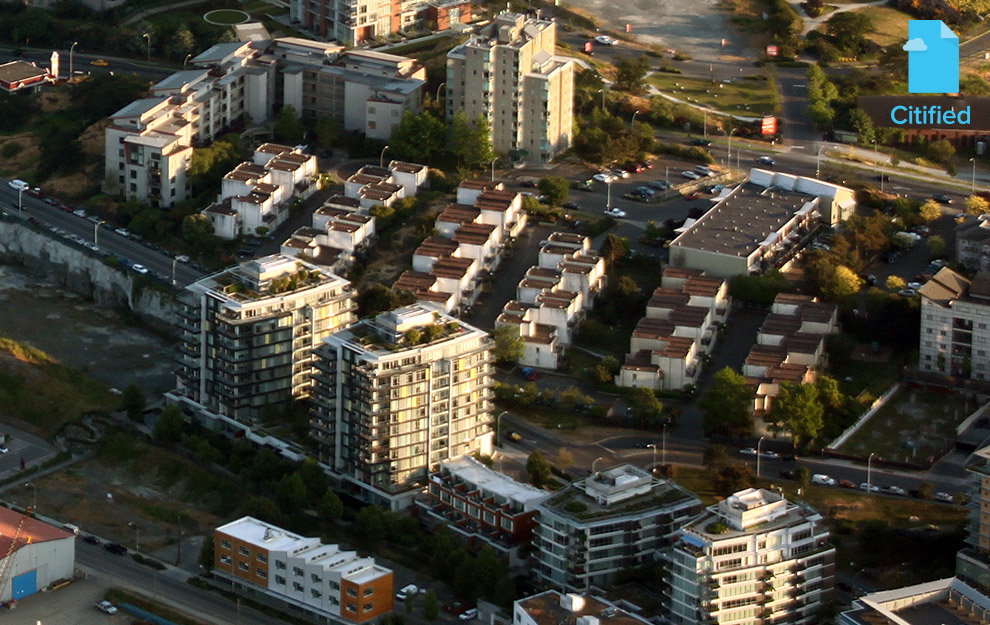