A 15-storey seniors residence with a mix of condos and rental apartments has been proposed for the 700-block of Belleville Street between Douglas and Blanshard streets. The project will also include a ground floor commercial component.  Concert Properties.

The Vancouver-based developer is seeking a rezoning of the former Crystal Court Motel property to build a mix of condos and rental apartments totalling 173 units. The ground floor component is envisioned to house a 3,500 square foot restaurant situated on the site’s northwest corner at Belleville and Douglas streets.

"We engaged with the community as much as possible right from the start. In fact we approached this site with a blank piece of paper and what we have now is the result of lengthy community consultation," Johnson said, adding that seniors housing, especially in an urban setting, is an important part of the housing spectrum.

Plans call for 42 condos ranging between 815 square feet to over 1,050 square feet in one and two bedroom layouts, while 131 rental apartments will range from studio units as small as 403 square feet up to two bedroom homes sized just below 850 square feet. Underground parking will accommodate 99 vehicles, ten of which will be available to visitors and nine for commercial uses.

Provided the municipal process and a yet-unscheduled public hearing progress smoothly and approvals are secured later this year, construction may begin as early as next winter with completion expected some 30 months thereafter. C 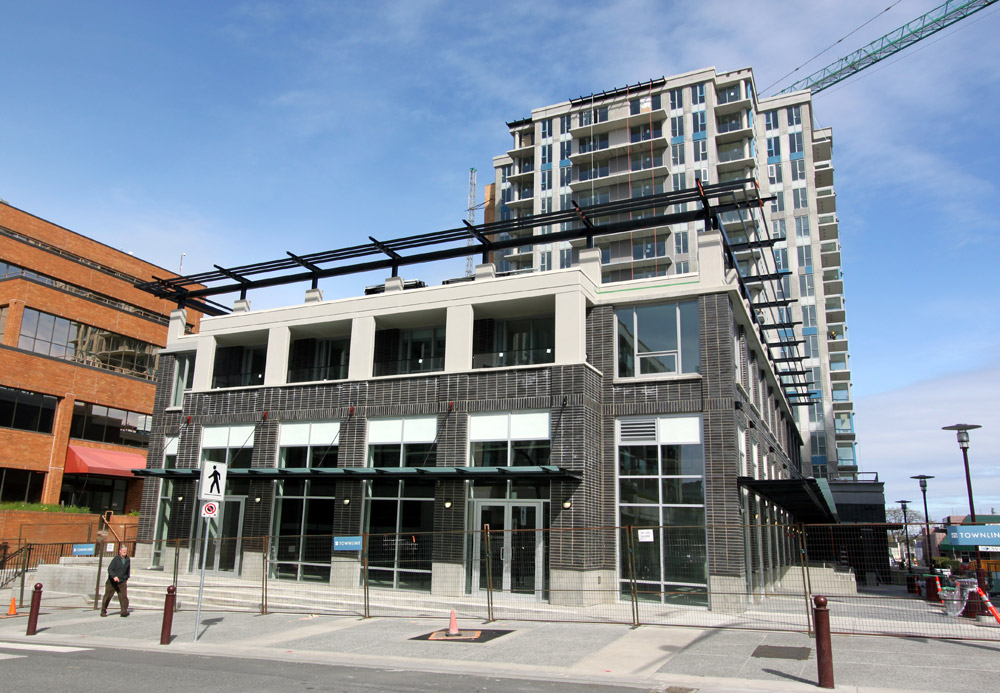