At build-out, Onni Group's Colwood Corners development at Sooke Road and Goldstream Avenue will yield hundreds of rental apartments and a significant retail component. An artist's rendering depicts the project as it could appear by the middle of the next decade.  Onni Group

commercial, rentals, West Shore
Colwood Corners rental housing mega-project a go: construction to start this month
CITIFIED.CA STAFF
Construction of the first phase of Colwood’s Colwood Corners development near Sooke Road at Goldstream Avenue is expected to begin this month, Citified has learned.
The City of Colwood confirms the municipality has issued a development permit to project developer Onni Group for Colwood Corner's first three residential buildings – yielding 276-units of purpose-built rental apartments – and a 152,000 square foot ground floor retail component situated throughout several lowrise buildings, including the residential buildings.
As part of a statement released by the City of Colwood, Onni’s development manager Rodney Rao said the company is excited to be “bringing new home opportunities to Colwood with a unique new ‘live, work, play-style’ community that everyone can enjoy.”
The 12.5-acre parcel bordered by Sooke, Jerome and Belmont roads was purchased by Onni in 2014 following the bankruptcy of League Assets Corporation. The defunct Victoria-based developer secured approvals for an ambitious mixed-use community — dubbed Capital City Centre — that included a cluster of condo towers rising to 29-storeys, an office building and a large retail component. Construction of Capital City Centre’s first phase had begun in the fall of 2012 only to stall by the following summer.
Slated for completion by 2020, Colwood Corner’s first phase will also incorporate the remediation of an underground parking component built as part of the League Assets' project.
Colwood Corner's second phase, consisting of two residential buildings along Jerome Road, will incorporate 195-units of residences. A third and final phase will consist of two buildings, although the planned unit count has not been confirmed. C 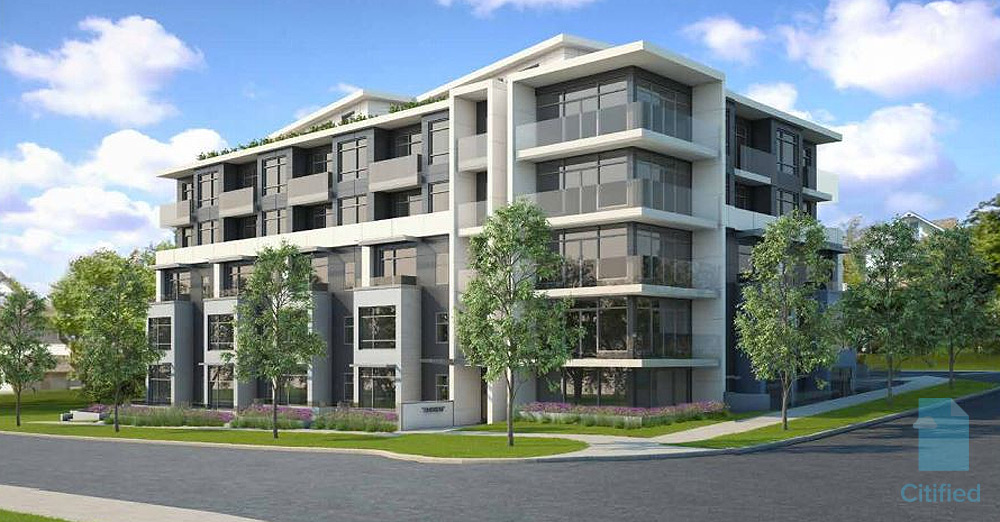