Referred to as 595 Pandora, the building features an eclectic mix of 53 studio, one and two-bedroom layouts at a centrally-situated, high-profile address only a stone’s throw from downtown Victoria’s desirable Chinatown neighbourhood.

“595’s former use as a government office building allowed us to take advantage of the high ceiling height, and the existing concrete, steel and brick construction gave us excellent bones to work with,” said Stan Sipos, head of Cielo Properties.

The location and building inspired Sipos to design a collection of homes influenced by an urban reclamation renaissance playing out in former industrial areas of North America’s rustbelt cities.

“We’ve spent the last two years upgrading the building to meet today’s building code then we meticulously converted the space into modern, open-concept homes that offer an urban feel seldom seen in Victoria, but one that has been popularized by industrial repurposing efforts in cities like Toronto, Chicago and New York,” Sipos said, quipping that so much work went into 595’s conversion, that “the only thing left unchanged was the address.”

With the addition of two new levels atop the existing three-storey office building, Sipos had the opportunity to create a limited collection of two-level exclusive residences with an air of international elegance, something he believes the Victoria market will receive with enthusiasm.

“We know the market will respond accordingly to the layouts, size and contemporary finishes of the homes on our first three levels. What we have on the upper two levels at 595, with its flair and uniqueness of views, is something that I feel can only be described as Victoria’s best kept secret. Where else in downtown Victoria can you find a two-level townhouse in the sky?”

A key advantage Cielo Properties has over competing inventory is 595’s upcoming possession date. With construction underway since mid-2014, the project is only weeks away from completion while most of the new residential offerings in Victoria’s urban core are only now ramping up construction, have sold out, or expect occupancy by mid-2017.

“We’ll be launching sales in a few weeks and with the homes completing this fall, you’ll buy at 595, and days later you’re literally moving in,” Sipos said.

Although Cielo Properties has yet to confirm pricing or provide a definitive completion date, crews at the site tell Citified the building is weeks away from completion and a sales office is currently under construction in a ground level commercial unit. Crews also confirm an upper floor suite will be used as a fully furnished display home as part of the project’s sales and marketing campaign.

A project website was not available as of the publication date of this article. C 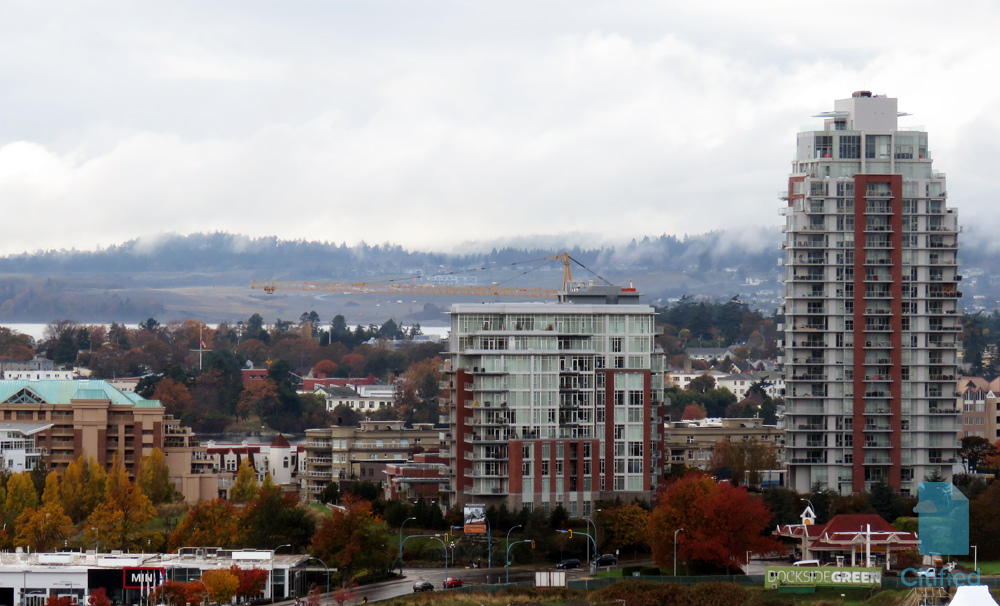