Chard Development's 10-storey Escher on Broughton condo development, situated in downtown Victoria's and Fairfield's Cathedral District, will be completed this March. The 84-unit building is sold-out save for a single suite.  Citified.ca

commercial, condos, Downtown Victoria
Chard set to unveil two-tower project as Escher condo nears sell-out
MIKE KOZAKOWSKI, CITIFIED.CA
Chard Development’s 10-storey, 84-unit Escher on Broughton condominium tower in Fairfield’s Cathedral District is on track for a March occupancy date, according to developer Dave Chard.
Escher is the company’s sixth residential project in Victoria, launched in 2014 following the completion of Duet, Chard’s development in James Bay. Construction of Escher began in the spring of 2015 and save for a single suite, all homes have pre-sold.
“Escher’s location captured a segment of the market that desired to be within arms reach of downtown Victoria’s businesses and services without losing the ambiance of a quiet side street,” Chard said, adding that “with the Christ Church Cathedral as the building’s backdrop, concrete homes in downtown Victoria’s and Fairfield’s Cathedral District resonated with buyers.”
The building's remaining suite, a tenth floor penthouse sized just shy of 1,000 square feet, features two-bedrooms, a built-in workspace and a sizeable balcony. Listed at $794,900 plus GST, Chard says the home has piqued the interests of downsizers on the hunt for a move-in option in downtown Victoria.
“It’s not often a nearly completed, new-build penthouse is available for purchase in downtown Victoria. We’ve been fielding calls from buyers in the process of selling their suburban family homes who’ve expressed a desire to move into the city centre. And it’s clear by the response that an opportunity to secure a top-floor suite that you can call home in less than two months, in such a location, has given the residence an edge over inventory that may be years in the making.”
With Escher nearly completed, the company’s primary focus is on its 15-storey purpose-built rental tower, dubbed Yello and currently under construction on a lot spanning the 800-blocks of Yates and View streets, as well as an upcoming (yet-unnamed) two-tower residential project between the 800-blocks of Yates and Johnson streets.
With a seemingly constant stream of projects launched approximately two years apart, Chard feels his approach to development has given him an edge over the competition.
“What makes the Chard brand so unique is that we have never gone dormant in Victoria. As one project nears completion, another nears its sales launch. By remaining active in the pre-sales sector, we’re able to constantly assess the needs and desires of Victoria buyers and use that feedback to literally build on the success of our previous projects.”
Although details on Chard’s upcoming Yates Street towers remain light, the developer has confirmed its intentions to build two residential towers above a ground floor commercial component. The sizing and make-up of individual suites and building heights have yet to be confirmed, however.
“We’re several weeks away from revealing our latest project, but I can confirm that it will be our largest undertaking to-date in downtown Victoria.” C

2016 a record-breaker for Victoria International Airport 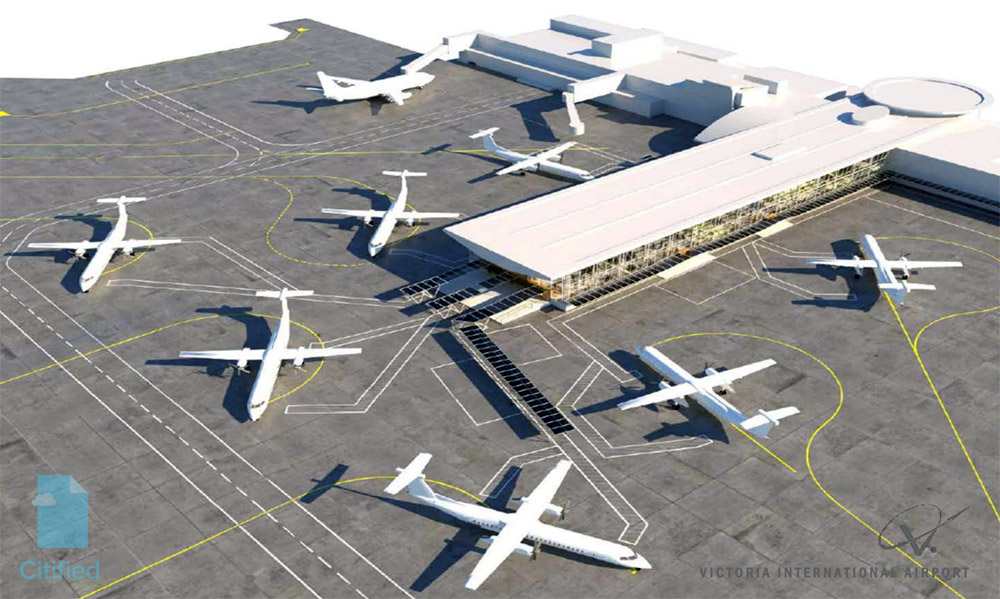