A rendering of an 18-storey mixed-use residential and retail proposal for 4512 West Saanich Road, currently occupied by the Med Grill restaurant in Saanich's Royal Oak neighbourhood. The project will also encompass the heritage restoration of Saanich's former municipal hall, situated to the north of the proposed tower.  D'Ambrosio Architecture + Urbanism

commercial, condos, rentals, Urban core
BC Housing-backed affordable rental and market housing tower proposed for Saanich’s Med Grill property
Mike Kozakowski, Citified.ca
The redevelopment of Saanich’s Med Grill property and the restoration of a heritage building next door could deliver over one hundred rental and condominium residences with modern retail spaces to the burgeoning Royal Oak community, Citified has learned.
A proposal for 4512 West Saanich Road at Viewmont Avenue has envisioned an 18-storey tower comprised of 29 BC Housing-backed affordable rental suites in one, two and three-bedroom configurations, 42 market rental apartments sized at one and two-bedrooms, and 30 one, two and three-bedroom condominiums.
70 parking stalls will be situated in an underground parkade, while some 4,500 square feet of retail space will be split between the tower and a restored heritage building next door, which between 1911 and 1965 served as Saanich’s second municipal hall.
The project team says the heritage building will be moved off-site for restoration, then brought back to the property where it will serve as a commercial leasing opportunity totalling some 1,600 square feet. The building’s new footprint will be slightly north of its existing location in order to accommodate the tower’s parking.
Development consultant Deane Strongitharm of CitySpaces Consulting says the concept reflects Saanich’s drive for more housing options within the municipality, and a desire for concentration of housing density near commercial nodes like the Royal Oak Shopping Centre.
“Over the last several years Saanich has made significant progress in densifying its urban areas, and supporting the delivery of housing across the entire spectrum from affordable homes to in-demand market condominiums,” Strongitharm said.
“Our proposal plans to deliver three housing types, from affordable units under a partnership with BC Housing, to market rental suites currently squeezed by near-zero vacancy rates, and ownership opportunities to one of the most desirable neighbourhoods in all of Victoria, while also restoring a Saanich heritage landmark.”
The Med Grill restaurant, meanwhile, recently celebrated its 25th year anniversary. It will remain operational while the proposal makes its way through the planning and approvals process, while conversations are on-going regarding Med Grill’s potential return following construction.
Designed by Victoria-based D’Ambrosio Architecture + Urbanism (DAU), the 18-storey tower features an exoskeleton that emphasizes the building’s verticality, while its roof, featuring an outdoor amenity lounge, is encased in pillars and beams that will expose future rooftop foliage. The dominant colour theme is dark brown, with recessed balconies and large panes.
DAU’s Principal Architect Franc D’Ambrosio notes that not only is the application responsive to diverse housing needs in the region, its location fall within Saanich’s broader municipal goals of decreasing dependence on automobiles and fostering walkable residential communities.
“It is safe to say that the financial investment in the construction of new housing reflects the overarching mandate of the Capital Regional Growth Strategy and the very immediate need that exists in Saanich to house more people across the full spectrum of housing types,” D’Ambrosio said.
“By developing 4512 West Saanich Road as a mixed-housing and commercial complex, without displacing the extant heritage structure or removal of significant historic street trees, the project represents fundamental compliance with the tenets of sustainable urban development. Located within comfortable walking distance of amenities, daily needs and services, and convenient to cycling facilities and public transit service, the project will provide a high level of livability to many new residents.”
D’Ambrosio continues, speaking to the scale of the massing with respect to the land, and the benefits of higher densities in Saanich:
Using the residential high-rise architectural form, the relatively modest size of the portion of the property that can be developed will accommodate a proportionally significant share of the growing population of Saanich. People that will contribute to the community and whose very presence will trigger economic activity to support and increase local businesses, make more efficient use of resources in the form of the public infrastructure of amenities, services, public utility systems and sources. The economic activity generated by the redevelopment of this site, the construction of the building and in the long term, the increased tax-base and economic contribution of the new residents, will contribute to positive economic growth and sustainability of this Saanich Urban Centre. The proposed redevelopment of the property located at 4512 West Saanich Road represents a positive and environmentally sensible step toward a more sustainable Saanich.”
The West Saanich Road corridor between Quadra Street to the south and Wilkinson Road to the north has seen significant development activity in recent years, and has multiple projects in planning.
Mike Geric Construction has completed a multi-phased condominium and rental community southwest of the West Saanich Road and Wilkinson Road intersection. Dubbed Travino, the project delivered multiple buildings and hundreds of residences to the Royal Oak neighbourhood.
On Viewmont Avenue, which spans as one of the streets adjacent to the Med Grill proposal, the same developer sold-out a townhome project in 2021 known as The Reeve. Comprised of 36-units, the missing middle infill development saw strong sales throughout its marketing phase.
Further south, Tri-Eagle Development Corporation built a six-storey rental low-rise, known as Radius at Royal Oak, in 2019. The 66-unit project is situated within the Tri-Eagle Plaza commercial zone immediately south of the Royal Oak Shopping Centre.
On Quadra Street at West Saanich Road, M’akola Development Services built an affordable rental building in 2016 with over 40 homes for women and children.
South of Quadra Street at the start of West Saanich Road and the terminus of Glanford Road, Mike Geric Construction has plans for a mixed-use residential and commercial project on lands formerly occupied by the Bird of Paradise Pub. Some 250 residences are envisioned there. C
Receive Citified's timely real-estate news straight to your inbox. Sign up for our newsletter, and connect with us on Facebook: 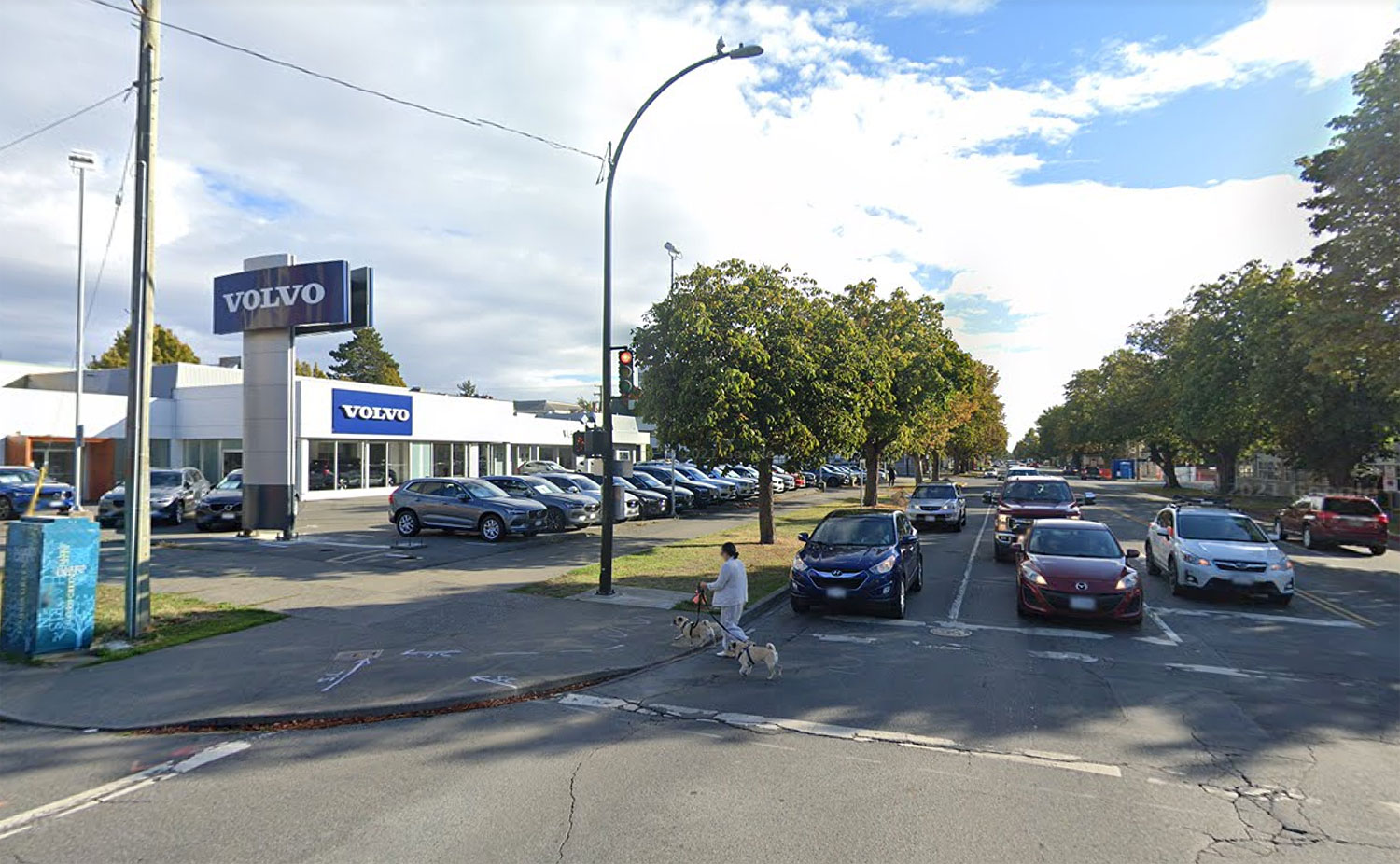