A dazzling art installation at a nearly completed affordable rental development on Blanshard Street at Caledonia Avenue is a feast for the eyes.  Citified.ca

commercial, offices, rentals, Downtown Victoria
Affordable rental dev adds more than housing to downtown Victoria
CITIFIED.CA STAFF
The Save-On-Foods Memorial Centre’s video screens are competing for attention as a nearby affordable housing development adds more than residential density to downtown Victoria.
The seven-storey Azzurro project, a mixed-use, 65-unit purpose-built rental complex at 1950 Blanshard Street, is now the site of the city centre’s first permanent multi-coloured LED light display.
As part of the building’s visual arts component that has been unveiled ahead of its anticipated summer completion date, a series of seven alternating light installations flash an ever-changing array of colours on Azzurro’s southern frontage near the 700-block of Caledonia Avenue.
To view the display in action, head down to the intersection of Blanshard Street and Caledonia Avenue (across from the Save-On-Foods Memorial Centre). Although the LED's have been spotted operating during daylight hours, their effect is best viewed by night.
Built by the Greater Victoria Rental Development Society (GVRDS), Azzurro is the non-profit’s largest project to-date. GVRDS is also building The Aranza, a five-storey, 56-unit workforce rental housing development currently underway in downtown Sidney.
Light displays have gained popularity in downtown Victoria in recent years. In 2016 Atomique Productions adhered brightly coloured decals and flood lights to the exterior of its two-storey headquarters on Yates Street at Douglas Street. The lights alternate to create a visual effect on the building's exterior. And in 2015 the City of Victoria's Bastion Square parkade was chosen for an art installation that flashes lights and plays music as pedestrians traverse its main staircase at the intersection of Yates and Langley streets.
Of course the most well known light display in Victoria (if not the entire province) is at the British Columbia Parliament Buildings. Adorned with some 3,300 light bulbs, the B.C. legislature's picturesque electric silhouette has lit up the night sky since 1897. C 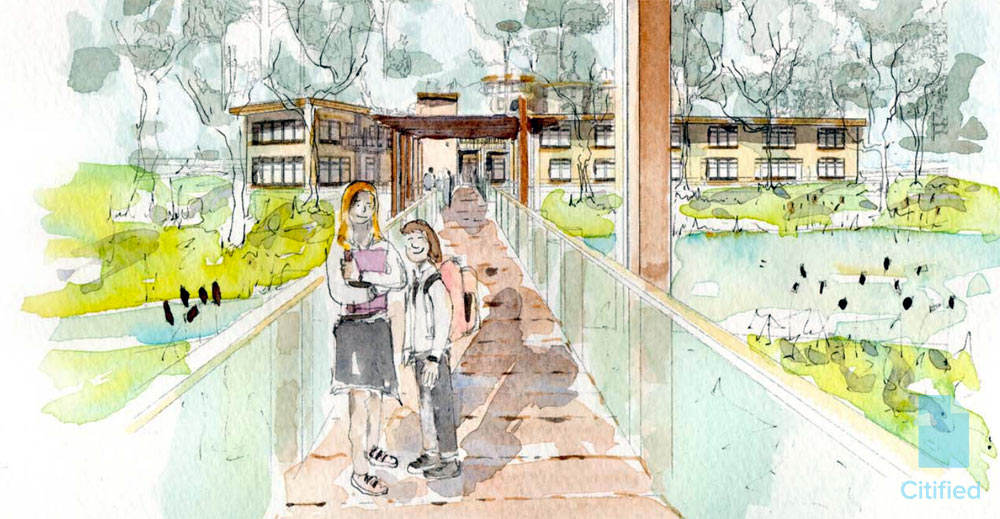