A rooftop solar panel installation similar to the one installed atop 909 Pembroke Street.  Energy Trends

condos, Urban core
Solar panels slash Victoria condo building's hydro bill by $5,300 since mid-2015
CITIFIED.CA STAFF
Updated at 10:25AM on September 21, 2017
The former strata president of a Victoria condominium complex says his building’s common area electrical costs have dropped by thousands of dollars following the installation of a rooftop solar panel system.
Bruce Mackenzie, a former owner at 909 Pembroke Street – a 64-unit, four-storey woodframed building constructed in 1977 – pushed for the installation of 60 solar panels as a means of reducing his strata's $6,000 annual electricity bills.
First turned on in June of 2015, the nearly $50,000 system has already recouped more than one-tenth of its entire cost.
“The panels supplied about 47% of the common area electricity in the 12 months to May 31, 2017. Since installation to Aug 31, 2017 they have saved about $5,300 in BC Hydro costs,” Mackenzie wrote on VibrantVictoria, adding that the calculated figures are near-estimates of the total savings.
“In the two full years it has been running, it has generated 17,595 and 16,868 kWh of electricity, which is about 4% more than the initial estimate from the 'pvwatts' solar calculator used to work out the finances for the owners. This spring was a bit lower than 2016 with the cloud, and summer has been good with all the sun but the smoke did reduce it a bit. And a tiny dip for the solar eclipse.”
As far as system maintenance is concerned, Mackenzie says he’s expended “half an hour” with the help of a “bucket of plain water and a soft broom" back in May of 2016.
At the building’s annual general meeting held last February Mackenzie queried fellow owners to assess their take on the newly-installed system and its savings for owners.
"I asked for feedback from the 22 owners present, and it was uniformly positive. People like that the building is doing something innovative, there have been no problems, and electricity savings have met the predictions.” C
Please note: As of April of 2016, Bruce Mackenzie is no longer the strata president of this building. 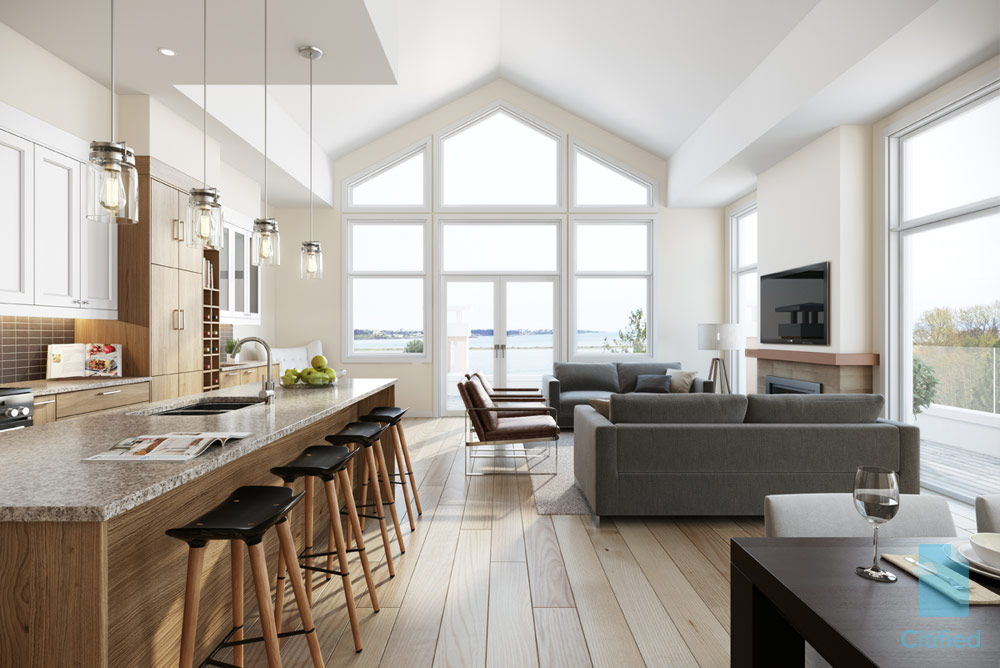