The 73-unit first phase of the Oak Park affordable housing development is nearing completion along the 600-block of Goldstream Avenue in Langford. Applications are currently being processed for Oak Park's bachelor, one, two, three and four-bedroom apartments. Oak Park, phase two, will add an additional 80-units with a construction start expected by late 2018 or early 2019.  Citified.ca

condos, rentals, Downtown Victoria, Urban core, West Shore
73-unit affordable housing dev in Langford accepting tenant applications ahead of November move-ins
MIKE KOZAKOWSKI, CITIFIED.CA
Tenant applications for a 73-unit affordable housing project in Langford are being received and processed in anticipation of move-ins scheduled for November, Citified has learned.
The four-storey first phase of the Oak Park development, nearing completion along the 600-block of Goldstream Avenue near Langford’s town centre, is comprised of studio, one, two, three and four-bedroom residences targeted at a wide spectrum of residents in need of affordable housing.
Unit leasing is being handled by land owner and local housing provider Pacifica Housing that will own and manage the building upon completion.
Constructed by TL Housing Solutions (TLHS) – an affordable housing subsidiary of Vancouver-based developer Townline – Oak Park will undergo final interior work this fall while Pacifica Housing assesses applicants.
“Pacifica Housing’s Advisory Association is working with potential tenants to determine eligibility and unit suitability based on an individual’s, a couple’s, or a family’s size, income, and housing needs,” says Lauren Antifeau, Development Manager for Townline in Victoria.  “Individuals wishing to learn more about Oak Park and to submit an application for housing can do so on Pacifica’s website.”
Pacifica Housing’s Executive Director and former Mayor of Victoria, Dean Fortin, expressed his excitement over the new affordable rental offerings TLHS has partnered on with Pacifica.
“Working with TLHS has been a pleasure. The professional insight and construction industry knowledge they bring to these affordable housing projects is invaluable. We are delighted to be opening Oak Park phase one this fall, two months ahead of schedule, because of Townline’s commitment to their work. Delivering an important building like this early makes just that much more of a difference to the communities we serve. Kudos to them for the early completion, we’ve been blown away with their work.”
Oak Park, phase one, was funded through BC Housing’s Provincial Investment in Affordable Housing (PIAH) funding stream released in 2017. It also received support from the City of Langford through a contribution from the City’s affordable housing reserve and the waiving of municipal application fees.
“We’re so appreciative of the continued support BC Housing and the City of Langford have shown for the Oak Park project," Fortin said. "We’re excited to further this partnership into our planned second phase of Oak Park.”
TLHS and Pacifica Housing are moving forward with Oak Park's second phase which is currently working through Langford's municipal approvals process. It is proposed as a four-storey complex featuring an additional 80-units in bachelor, one, two and three-bedroom layouts, as well as a daycare on the ground level.
Pending approvals both from the City of Langford and BC Housing, work is expected to advance on Oak Park, phase two, as 2019 approaches.
Antifeau confirms construction crews wrapping up at Oak Park will be kept busy at TLHS's and Pacifica Housing’s Helios project, an 82-unit affordable rental building underway on Sooke Road across from the entrance to Colwood’s Royal Roads University. Helios is well into construction with expected completion by the summer of 2019. Some of the trades will also transition to Townline’s downtown project, the 25-storey Hudson Place One condominium tower rising along the 700-block of Herald Street.
“Our construction efforts on Hudson Place One are ramping up. We expect to be at-grade in October which will be an exciting milestone for Townline,”  Antifeau said, confirming that the market response to Hudson Place One’s exclusive sales campaign held over the summer was well received.
The soon-to-be tallest building on Vancouver Island will formally launch public sales on Saturday, September 22 through Sunday, September 23 with the presentation centre (located at 740 Herald Street) open between the hours of 12PM and 5PM. Pricing for Hudson Place One’s 176 residences starts at $374,900.
Oak Park phases one and two and Helios will add to TL Housing Solutions’ previously completed projects in the Capital Region, with Victoria West’s 108-unit Wilson’s Walk completing in 2017 and its earlier 51-unit counterpart, known as The Wing, built in 2010.  The five buildings total 394 affordable housing units.
“The pipeline looks good for affordable housing opportunities in the Capital Regional District,” Antifeau said. "And in addition to both phases of Oak Park in Langford and Helios in Colwood, we are also partnering with Pacifica Housing on the redevelopment of the grass field beside Burnside School in the City of Victoria’s Burnside-Gorge neighbourhood.”
Antifeau notes that the undertaking has brought together the City of Victoria, the Greater Victoria School District and the Burnside-Gorge Community Association to deliver the multi-faceted project with amenities geared towards families in Victoria’s urban core.
“Our plans for the Burnside-Gorge project include a daycare, after-school care, a school district and community engagement space, plus 88-units of affordable rental housing. We anticipate the municipal review process to continue into 2019.” C
Receive Citified's timely real-estate news straight to your inbox. Sign up for our newsletter. 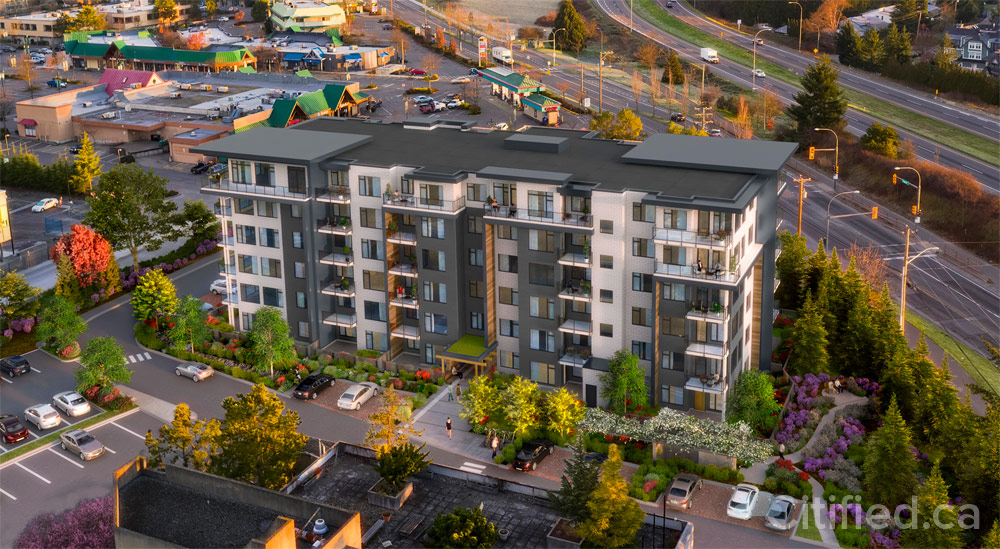