Dubbed The Landis, the woodframe structure will contain a mix of one and two bedroom units with just over 3,400 square feet of commercial space fronting onto the 1100-block of Johnson Street.

A single underground parking level will allocate 53 parking spaces for residents and commercial users. A private rooftop garden will be made available as a shared amenity space.

Pending municipal approvals construction is expected to begin by early 2016 with completion in 2017. Currently at the site crews are dismantling structures in preparation for construction.

The Landis is one of several housing projects under construction, recently completed or slated for Victoria's Johnson Street corridor. Completed last year was the 10-storey Mondrian condo at Cook and Johnson streets, and nearing completion is The Chambers, a five storey rental building immediately to the east of the Kang & Gill property. Future developments include three residential towers by Cox Developments, one already approved at 10-storeys in the 1000-block and two at 17- and 15-storeys proposed in the 900-block. In the 700-block recently revealed plans indicate a heritage restoration is proposed for a former office and commercial building. C 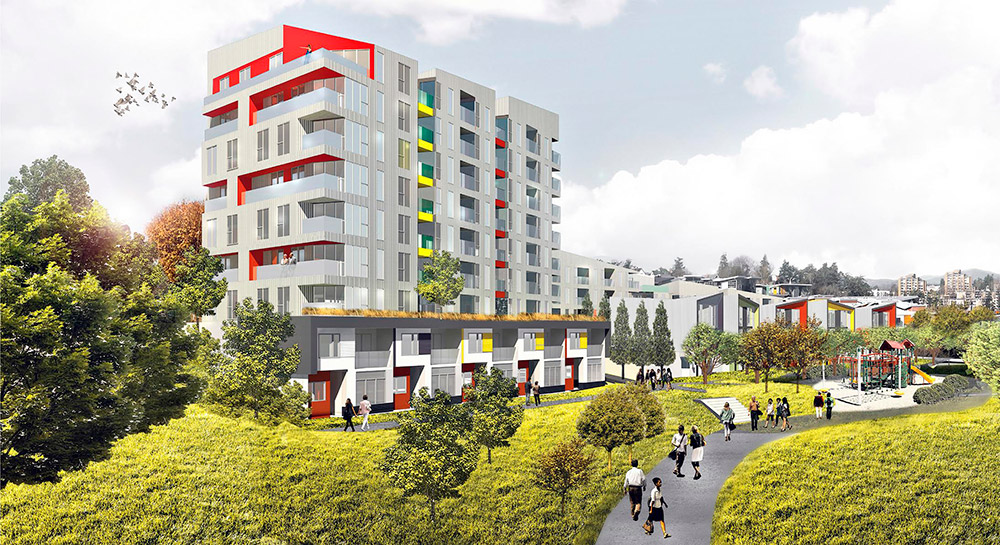 Citified Victoria
@CitifiedYYJ
Jun. 2
#TelusOcean will be an innovation hub and employment centre for 250 @Telus employees in the Capital Region.… https://t.co/hfh848DTSQ