An artist's rendering depicts a proposal to replace the Rod of Asclepius-adorned Fort Royal Medical Centre on Fort Street at Richmond Road with a 135-unit seniors residence. The site is situated adjacent to the Turner's Building (visible at-right) which itself is the focus of a redevelopment effort that could see it transformed into a multi-storey medical offices building.  Milliken Developments

commercial, rentals, Urban core
Seniors residence to replace Fort Street medical centre
CITIFIED.CA STAFF
The four-storey Fort Royal Medical Centre overlooking the busy intersection of Richmond Road and Fort Street could be replaced by a seniors residence, Citified has learned.
Built in 1970, the 35,000 square foot commercial complex at 1900 Richmond Road – just a stone's throw from the Royal Jubilee Hospital grounds – is known for its iconic three-storey art installation depicting the Rod of Asclepius, a universally regarded symbol of medicine and healing.
West Vancouver-based Milliken Developments has submitted a proposal to the City of Victoria to build a five-storey seniors-oriented mixed-use rental and commercial project with 135-units of housing. Known as Maison Victoria, the building's residences are envisioned in the form of studio apartments, one-bedroom and two-bedroom suites.
Options for seniors will include licensed care services, memory care and independent living.
Milliken’s proposal also features a 1,250 square foot ground floor commercial component and an underground parking garage accommodating 50 vehicles. Parking for an additional 12 vehicles will be in the form of surface stalls.
The municipal planning process is expected to stretch into 2019 with project completion anticipated by the early 2020's.
One parcel over from the Milliken site a proposal to redevelop the Turner Building property and adjacent smaller parcels into a two-building project is currently in the municipal planning stage. According to the most recent development plans from 2016, the Turner Building's curved facade will be retained and incorporated into a five-storey medical office and retail hub while rental apartments will occupy an adjacent four-storey lowrise. C
Receive Citified's timely real-estate news straight to your inbox. Sign up for our newsletter. 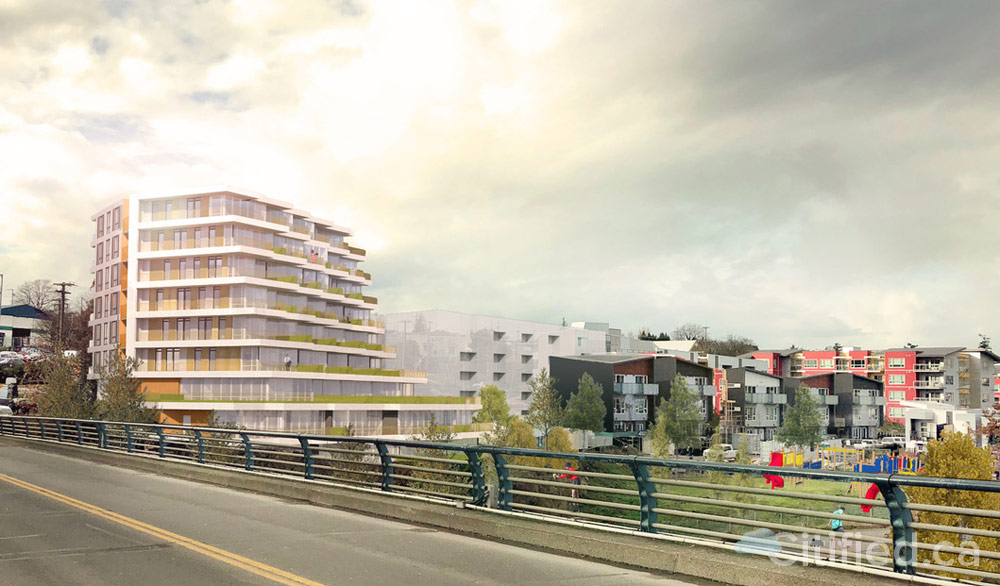