An architectural sketch of a proposed 18-storey residential tower at 937 View Street in downtown Victoria. Comprised of 267-units, the building would rise with the highest residential density of any modern building in the city centre, although parking would not be included as part of the project.  de Hoog Kierulf / Nelson Investments

rentals, Downtown Victoria
18-storey, 267-unit rental tower proposed next to View Towers will not include parking; ample bicycle storage planned
MIKE KOZAKOWSKI, CITIFIED.CA
A highrise rental tower proposed for the 900-block of View Street adjacent to the View Towers complex has grown in height and unit density as it enters year three of municipal planning.
Developer Nelson Investments with Victoria-based architectural firm de Hoog Kierulf have transitioned plans from what was initially envisioned to be a 15-storey, 215-unit rental tower circa 2017, to an 18-storey, 267-unit proposal that would stand taller than the 19-storey View Towers constructed in the 1960s.
At just under 270 suites, Nelson Investments’ plans would carry a residential density not seen in decades in downtown Victoria where most modern rental and condominium towers deliver between 100 and 200-units while topping out at approximately 250.
According to a statement to Victoria City Council prepared by project architect Charles Keirulf, the new design – which features more dominant massing than depicted in earlier proposals along with recessed levels at floors seven and 17, and notched corners extending between floors 11 through 17 – will utilize a variety of cladding materials that include composite aluminum panels, fiber cement panels and pre-finished metals.
Kierulf also adds that the intention to build the tower out of pre-fabricated segments remains in effect, and will make the project feasible given complex land conditions that have posed development challenges throughout the block bordered by View, Fort, Quadra and Vancouver streets, while also delivering the homes faster than what is possible with traditional construction methods.
“To mitigate severe geotechnical site soil challenges and to expedite the timing of the completed project, the building is proposed to be constructed using light-weight modular and pre-fabricated steel components,” Kierulf writes. “This will bring the units to market in approximately half the normal construction period while meeting the seismic and other structural requirements of a modern mid-rise building on a challenging geotechnical site."
The top floor will feature an indoor resident amenity area and an open terrace. Parking will not be provided as part of the latest update, despite former iterations including 19 stalls before dropping to 15 stalls in the early 2020 revision. As a measure to counter the lack of on-site vehicle storage, the proponent will supply over 300 bicycle stalls and several charging stations for e-bikes.
The unit make-up will primarily focus on studios totalling 107 suites, and one-bedroom homes of which there will be 158. A duo of two-bedroom floorplans are also included in the mix.
However, the Downtown Residents Association (DRA) has expressed concerns relating to the low number of parking stalls included in prior designs, and that sentiment is likely to extend to the latest submission that provides no parking.
“There are 15 parking spaces proposed for 253 market rental units. The evidence-based requirements of [the City of Victoria's parking calculations] require 126 spaces,” wrote Ian Sutherland, DRA chair in regards to Nelson Investments’ early 2020 concept, while adding that a lack of on-site parking “would permit exacerbating the parking shortage downtown.”
Sutherland also expressed worries over the size of the residences proposed, calling them too small to “support long-term livable housing options.”
In recent years the DRA has become increasingly vocal over development proposals in the downtown core, citing the growth of the city centre’s housing supply as out of touch with the expectations for services and amenities by existing residents. Criticisms among the membership over an excess of construction activity have also been raised, as has the lack of green space in the city centre. C
Receive Citified's timely real-estate news straight to your inbox. Sign up for our newsletter.

July 2020 air travel at Victoria International surges past April, May and June, but passenger volumes remain heavily below 2019's 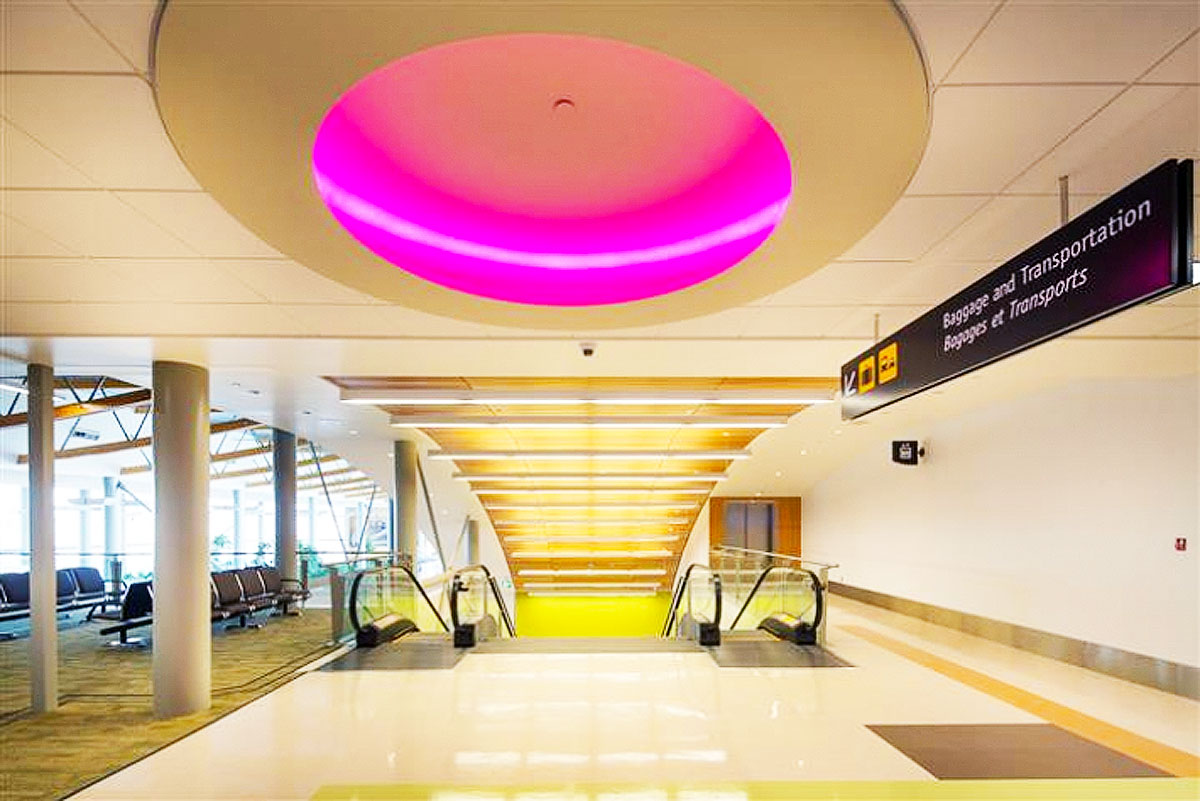