A rendering depicting Harris Green Village, a 1,500-plus unit rental development with ground floor retail spaces planned for the 900 and 1,000-blocks of Yates Street in downtown Victoria. Proponent Starlight Developments has refined the proposal as it nears its public hearing.  Starlight Developments

commercial, rentals, Downtown Victoria
1,500-unit Harris Green Village rental dev headed to council with more affordable housing, parkland improvements
MIKE KOZAKOWSKI, CITIFIED.CA
Updated redevelopment plans for the 900-blocks of Yates and View streets and the Harris automotive dealership fronting 1045 Yates Street are scheduled to go before Victoria’s Committee of the Whole this month.
Last summer Victoria councillors voted in support of several alterations to a mixed-use residential and commercial proposal from Starlight Developments, dubbed Harris Green Village. If approved it would deliver approximately 1,500 rental apartments across five highrise towers with 100,000 square feet of retail space across one-and-a-half city blocks in downtown Victoria.
While amenable to the project’s significant infusion of rental housing in a region struggling with ultra-tight apartment vacancy rates, council suggested the applicant consider several amendments prior to a public hearing anticipated this fall. Chief among them was a desire for an expanded commitment to affordable housing across Harris Green Village’s two phases (phase one being 1045 Yates Street and phase two spanning the 900-blocks of Yates and View streets). Although the City typically places such requirements on condominium applications, council’s ask stemmed from a policy of encouraging more attainable housing options in the downtown core.
In response, Starlight tripled its affordability targets to 80-units, and will spread below-market housing throughout the 900 and 1045-blocks.
"We fully recognized the attainability and affordability goals of council and have ensured that half of the proposed affordable units will be offered in the first phase," said Josh Kaufman, Vice-President of Development and Construction for Starlight Investments.
Council also responded to feedback from community stakeholders asking for a more park-like public plaza.
In turn, Starlight incorporated significant design changes and added a large indoor space for the City of Victoria to program. This will act as a centrepiece to connect Yates and View streets between Vancouver and Quadra streets.
"We are fortunate to have the working room to provide nearly half an acre of parkland to downtown Victoria, in addition to green space already allocated as part of the initial concept. It will include an accessible play area for children and a public dog run," said Andrew Browne, Senior Development Manager of Starlight Investments.
"And the addition of a 10,000 square foot arts, culture and community space for the City will provide a much-needed modern meeting and event facility for downtown residents," added Browne.
Starlight’s refined application also includes a daycare in the first phase, as well as unique architectural design elements like articulated balconies, slim tower massing, and multi-storey podiums featuring extra height retail units with quality facade materials.
Speaking to Citified last summer, the Downtown Victoria Business Association’s Executive Director Jeff Bray said the last two years have illustrated the importance for the City of Victoria to insulate its economy from market turbulence. He noted purpose-built rental proposals like Starlight’s are “critical” to the city centre’s vitality.
"For downtown to be successful it has to be diverse and inclusive, and we realize we really need the density, and most importantly diverse density, to sustain the downtown core long-term," Bray said.
"We need to build lots of low-income housing, lots of purpose-built rentals, high-end condos, housing for workers. But really it’s the purpose-built rental housing that is so critical, as it brings in the young professionals, the downtown workers, and ensures our employers operate in a community that provides attainable housing for their employees, and through this diversity our businesses can be more resilient to withstand any future downturn in the economy."
Mayor and council recently sided with Bray’s and other high-profile business leaders’ calls for putting economic strength at the forefront of civic policies – objectives that have become even more important following a trying socioeconomic climate as a result of COVID-19 – by giving the thumbs up to downtown Victoria’s first hotel since the early 2000s.
Earmarked for Broad Street between Yates and Johnson streets, a $50 million plan to open a 135-room Hyatt Centric hotel in Victoria’s Old Town garnered praise from council despite pockets of opposition and years of municipal wrangling, lending credence to elected officials’ oft spoken desires to build back a stronger post-pandemic Capital.
Consistent with these multi-faceted objectives, council must now weigh the prospect of towers rising to higher than typical heights by Victoria standards (albeit accommodating much needed 1,500-plus rental homes), additional green space, accessible parkland for families made possible through slim tower profiles in lieu of bulkier buildings, and indoor community space in the heart of the city.
With elected officials well aware of vacancy rates skirting record lows as the population grows faster than planned for, Victoria’s decisions rendered this fall will chart the city’s course for generations to come.
To stay up-to-date on the Harris Green Village development, view the project’s website here. C
Receive Citified's timely real-estate news straight to your inbox. Sign up for our newsletter, and connect with us on Facebook: 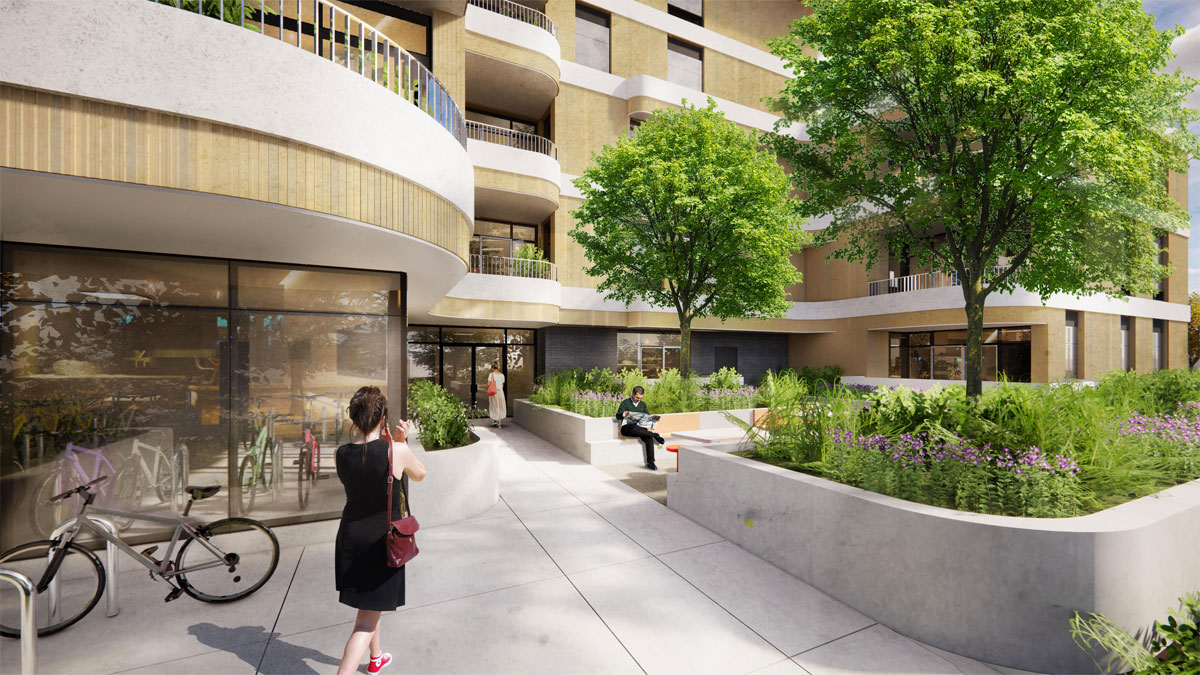 The Meadows at Brentwood Bay