A nearly 500-unit, multi-building condominium project is coming soon to Wilfert Road at Nob Hill Road (pictured) in Colwood, one of several significant development undertakings at the Colwood Corners precinct on the region's West Shore. As part of the Wilfert Road project, Nob Hill Road (at-right) will be incorporated into the new community and closed off.  Citified.ca

The West Shore's Colwood Corners precinct is destined to undergo massive changes in the coming years as developers rush to build some 1,400-units of rental apartments and condominiums at the busy hub.

Centred on Island Highway at Goldstream Avenue in the City of Colwood, Colwood Corners will soon see construction resume at the stalled Capital City Centre development that was once hailed as one of the West Shore's most ambitious real-estate undertakings.

The multi-tower, 12.5-acre project ran into financial troubles shortly after its first phase of underground work had begun in the first half of the decade. Years later the site was assumed by Vancouver-based Onni Group with plans to build just under 500 rental apartments throughout multiple low-rise buildings, plus a sizable retail component as part of a mixed-use residential and commercial development. An additional 150-units of residences could materialize in future phases.

West of Onni's mega-project Brookes Education Group is building its latest educational campus, Brookes Westshore, an International Baccalaureate school expected to be completed by this fall. In addition to classrooms the project will include a student boarding component.

A short distance away at Wilfert and Wale roads a 465-unit undertaking is also on the cusp of a construction start. Slated for lands near the newly-built Holiday Inn Hotel and adjacent residential complex, the condominium community will comprise of four buildings up to six-storeys in height, plus a central amenities building. Nob Hill Road, which cuts through the development property, will be closed off and incorporated into the project.

Across Wale Road from the Nob Hill site is Trillium Communities' 50-unit, six-storey seniors residence currently under construction. The low-rise is part of the two-phased West Shore Village development that upon build-out will include two 50-unit rental buildings with age-in-place services for seniors.

And just a stones throw from the intersection of Wale Road and Goldstream Avenue a nearly 160-unit condominium project is in final stages of approvals. Dubbed 468 Landmark, the three-building undertaking will yield condominium residences rising as high as eight-storeys. Marketing is expected to begin later this year.

The fever pitch of Colwood's development scene along the busy Island Highway thoroughfare is a far cry from its stagnant state at the turn of the decade. Multiple projects planned for Colwood Corners throughout the construction boom of 2002-2009 failed to materialize, got underway and stalled, or were postponed.

Today's outlook for the strategic high density housing node is vastly different with several undertakings having completed in recent years, many on the cusp of a construction start and several already underway. The push to build housing at Colwood Corners plays in to the region's transportation plan that could see a rapid bus program operate along the Island Highway with an eventual transition to a light rail line connecting the West Shore with downtown Victoria. C 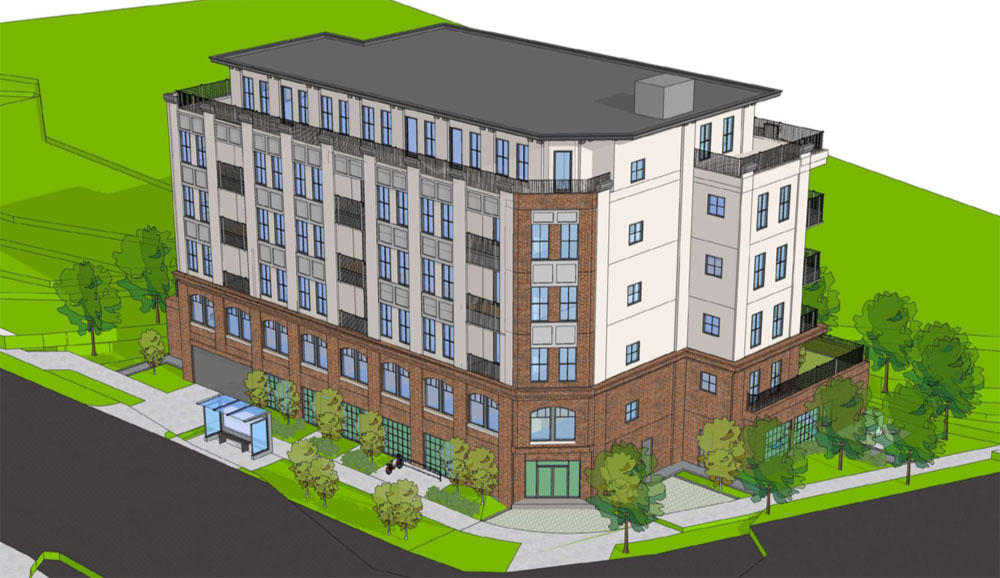