commercial, rentals, West Shore
12.5-acre Colwood Corners project's first phase to yield 276 rental apartments
MIKE KOZAKOWSKI, CITIFIED.CA
Updated on August 13, 2017.
Onni Group has submitted updated plans to the City of Colwood for its Colwood Corners development proposal at the site of League Asset Corporation's stalled Capital City Centre development.
The multi-phased mixed-use project, situated along Sooke Road at Goldstream Avenue, will eventually yield more than 600-units of high density housing in buildings rising to four or six-storeys above ground floor retail spaces.
Onni plans to start Colwood Corners with eight woodframe buildings accommodating 276 purpose-built rental apartments and 14,200 square feet of commercial space.
Phase two will include two residential buildings with 195-units, which may be condominiums, purpose-built rentals or a combination of both.
As an addition to the second phase or as a third phase, Onni will build two more residential buildings, although the exact unit counts have not been confirmed.
The 12.5-acre parcel bordered by Sooke, Jerome and Belmont roads was purchased by Onni in 2014 following the bankruptcy of League Assets Corporation. The defunct Victoria-based developer secured approvals for an ambitious mixed-use community — dubbed Capital City Centre — that included a cluster of condo towers rising to 29-storeys, an office building and a large retail component. Construction of Capital City Centre’s first phase had begun in the fall of 2012 only to stall by the following summer.
Pending a successful municipal approvals process, construction at Colwood City Centre could be underway this year with completion of the first buildings in 2018.
Onni’s plan, while far less dramatic than the League concept, is significantly more risk averse and is expected to be completed within several years. C 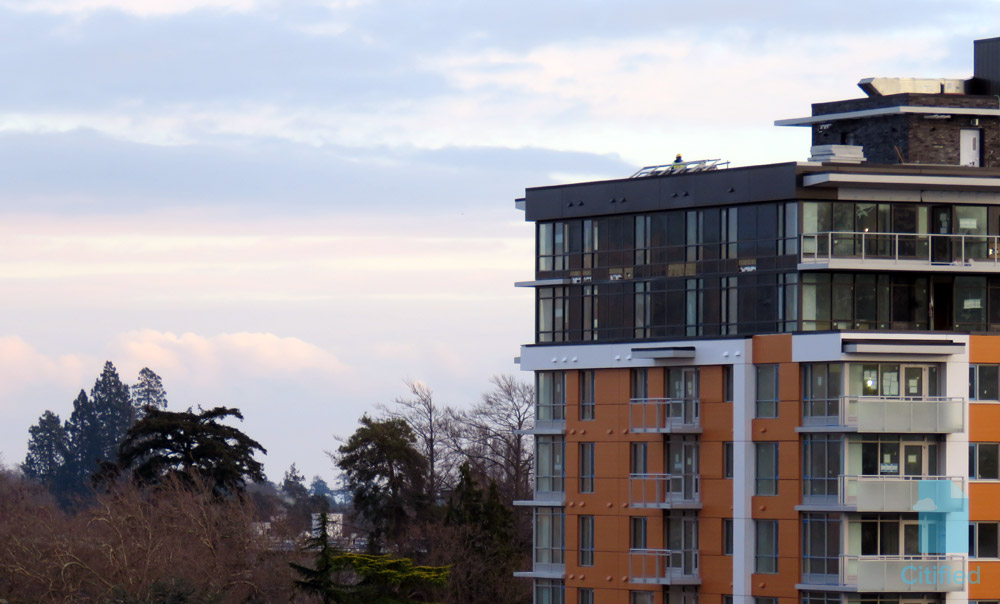